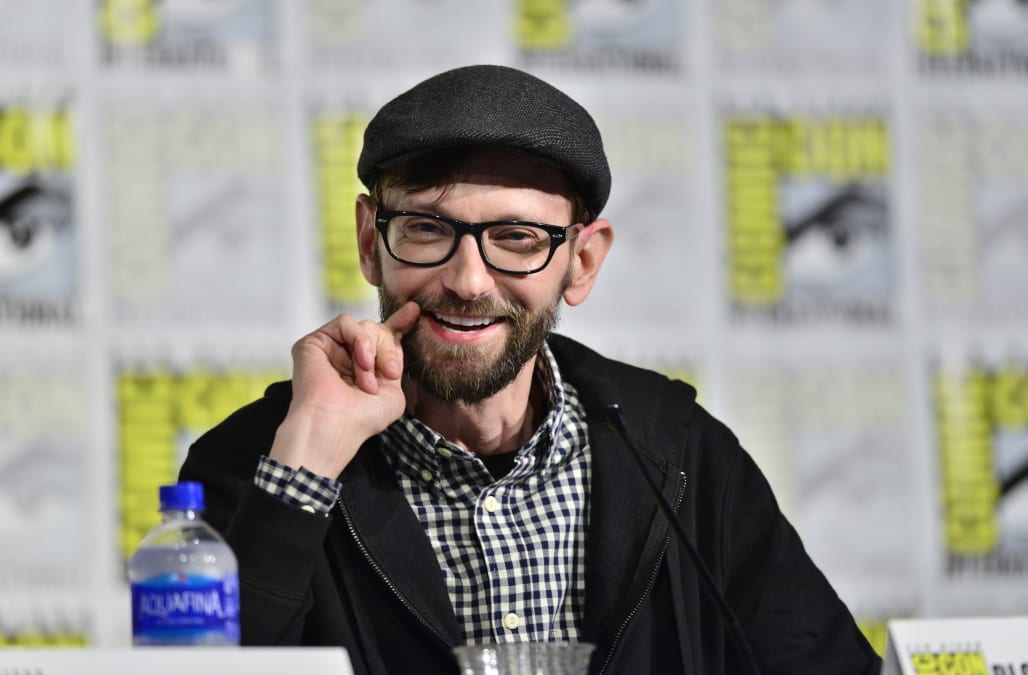 Actor DJ Qualls came out as gay Saturday night while on stage at a comedy show.

Qualls confirmed the news via Twitter shortly after he filmed The Jim Jeffries Show for Comedy Central:

Alone in a hotel in Atlanta and Im feeling pretty happy about it. Im also freaking out a bit, palms are sweating, but happy. I’ve taken a job that is the most challenging thing I’ve been called on to do in quite some time. Hairpin emotional transitions. SO MUCH DIALOGUE to remember. Solo dialogue. In paragraph form. I’ve prepped it. I’m going to let it go for tonight. I have to trust I know it and tomorrow I’m going to go in and help create something cool. The jacket you ask? Why, that is the most controversial purchase I’ve made in recent memory. Armani pony leather (that means cow hide with the hair still on it. No ponies were harmed). The stripes, not the material, were the controversy. Ty didn’t like it. Jordan didn’t like it. Maja, Jason, Phil, the man who blows the leaves outta the garden...all didn’t like it. I liked it. Nikki confirmed it and here I sit. Did I learn something from this? That I should trust myself more? Nope. #actorslife #armani #lifelessonslearned probably not. #drinkingalone but just 2. #iphone6s camera sucks. I’m going to #wafflehouse #goodnight #nofilter they are making us delusional. Oh, I forgot that @lydiahearst liked the jacket, too. She definitely knows what’s up.

Qualls broke out onto the scene in 2000 with his role as Kyle Edwards in the comedy 'Road Trip'.and has since played roles in different television shows like The New Guy and Hustle & Flow as well as making cameos in the music videos for 'Boys' by Britney Spears and 'I'm Just a Kid' by Simple Plan.

He currently plays the fan-favorite Garth Fitzgerald IV on the CW's Supernatural.

I woke up cranky af today but dragged my ass to the polls to have my voice heard. I knew who and what I was voting for and was in and out in 10 minutes. Even if the line was hours long, I woulda stayed. Voting is how we preserve our freedoms and guide our country’s future. And it feels awesome. #ivoted #vote #govote #yourvotecounts #freedom

Fans and friends across Twitter poured in with words of support, encouragement and praise for the actor:

Thank you for sharing you’re true self with us. May the burden you’ve lifted from your shoulders bring you clarity. Proud of you brother. Behind you 100%, and sending virtual hugs

proud of you, my friend. love you, man.

"Proud of you, my friend. love you, man," said fellow actor Adam Rose.