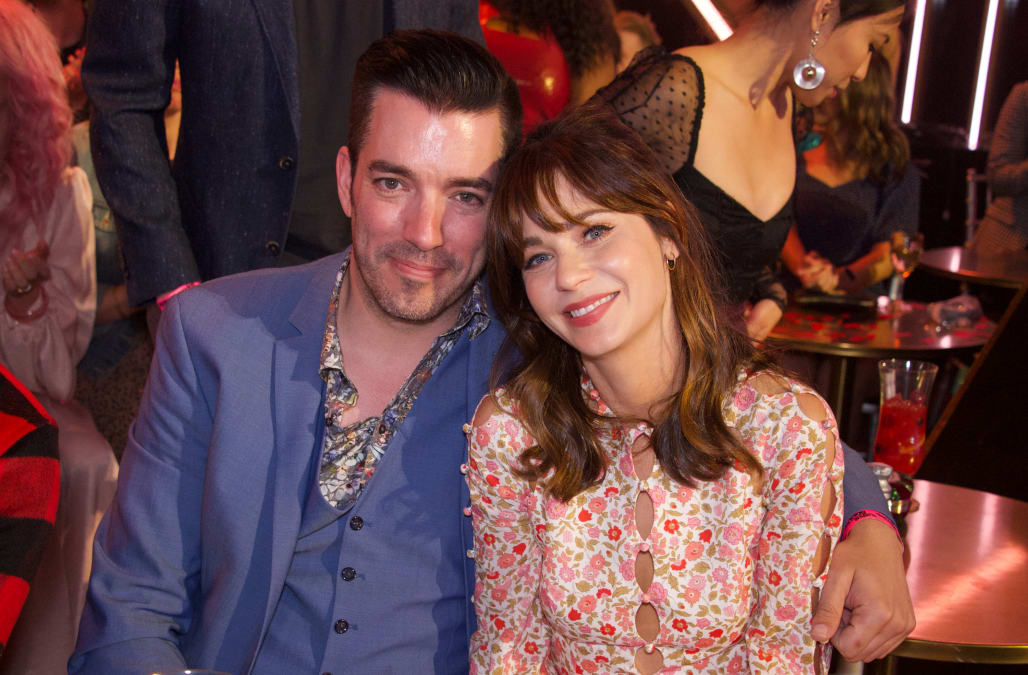 Are Jonathan Scott and Zooey Deschanel heading to the altar sometime soon?

The "Property Brothers" star sparked engagement rumors with his "New Girl" girlfriend this week after leaving a swoon-worthy comment on one of her recent Instagram posts. The comment in question was left after Deschanel shared a series of photographs snapped inside a Golden Globes photobooth.

"One more with my one and only prom date @mrsilverscott❤️," the 39-year-old star captioned the sweet shot.

"May I have this...and all future dances? 😊," Scott commented, much to the giddiness of Deschanel's followers.

"Is this a proposal?? 🥂" said asked one fan. "Omg how romantic 😍" another fan added, while one commentator wrote, "Sounds like a proposal to me! 😍 If you like it you better put a 💍 on it!"

The couple met while filming an episode of Carpool Karaoke in August with their siblings, Drew Scott and Emily Deschanel. Previously, the actress was married to husband Jacob Pechenik for four years, while Scott was linked to his girlfriend of two years Jacinta Kuznetsov.

“We come from very different worlds on the surface, when you look at our careers and what we do,” he told People earlier this month. “But it’s uncanny how many things we have in common. From both having an equestrian background, to our education, to everything!”

More from Aol.com:
Gigi Hadid and Zayn Malik cozy up during NYC stroll: See the pic!
Duane Chapman speaks out about rumored romance with Moon Angell: 'There will never be another Mrs. Dog'
Zooey Deschanel rings in the new year with her 'sweetie' Jonathan Scott