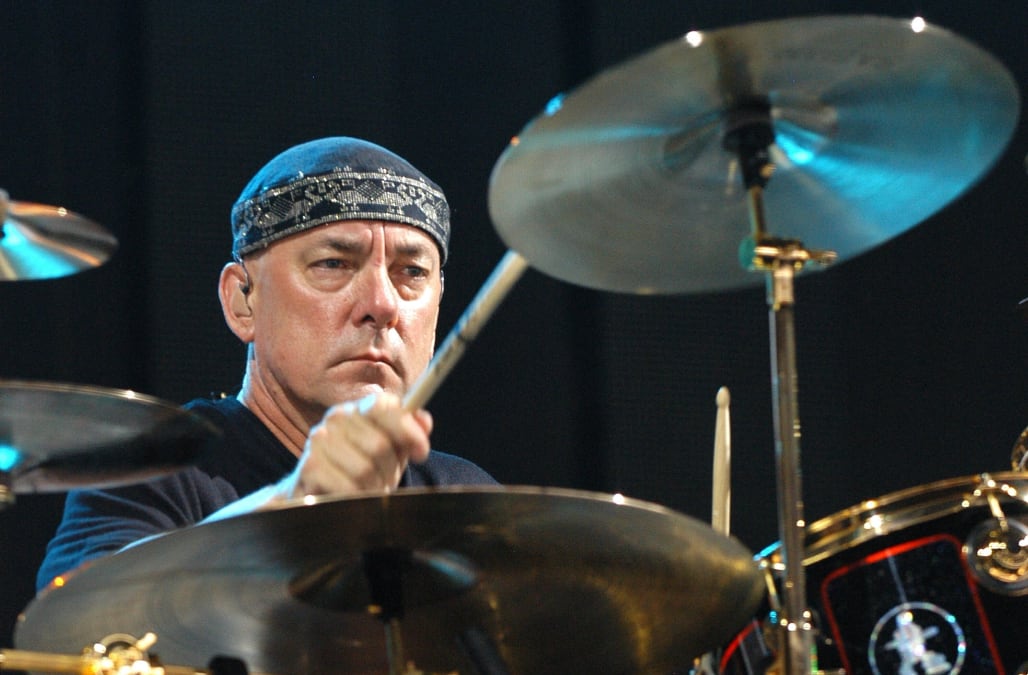 Neil Peart, whose nearly five decades with prog-rock power-trio Rush established him as one of the greatest, most flamboyant, and most inventive virtuoso rock drummers of all time, died Tuesday after a three-year battle with glioblastoma, an aggressive form of brain cancer. His death was first reported by Rolling Stone on Friday afternoon and confirmed by a family spokesperson. Peart was 67 years old.

In a statement released Friday, Rush bassist/keyboardist/frontman Geddy Lee and guitarist Alex Lifeson stated: “It is with broken hearts and the deepest sadness that we must share the terrible news that on Tuesday our friend, soul brother and bandmate over 45 years, Neil, lost his incredibly brave three and a half year battle with brain cancer. We ask that friends, fans and media alike understandably respect the family’s need for privacy and peace at this extremely painful and difficult time. Those wishing to express their condolences can choose a cancer research group or charity of their choice and make a donation in Neil Peart’s name. Rest in peace, brother.”

Peart was born on Sept. 12, 1952, in Hamilton, Ontario, Canada, and after taking piano lessons as a child, he took up the drums at age 14. At age 18, he moved to London to pursue a career as a professional musician, and while he struggled to find work in the U.K., it was there that he discovered the writings of Ayn Rand — who became a major influence on him when he later became the primary lyricist for Rush, the Toronto band he auditioned for upon his return to Canada in 1974.

While Lee and Lifeson were at first amused and taken aback by Peart’s crazed, flashy drumming style, which owed much to Led Zeppelin’s John Bonham and the Who’s Keith Moon, they ultimately hired him; the trio played their first gig together on Aug. 14, 1974, opening for Uriah Heep and Manfred Mann for an audience of 11,000 spectators at the Civic Arena in Pittsburgh. Peart’s first album with Rush was their sophomore effort, Fly by Night, released in 1975. Over the course of Rush’s career, the Rock and Roll Hall of Fame-inducted band released 24 gold records and 14 platinum or multi-platinum records, and sold about 40 million albums worldwide.

Peart went on to become arguably as legendary as his idols Bonham and Moon, due to his epic concert drum solos, odd time signatures, massive modified drum kits, incorporation of unorthodox instruments (orchestra bells, tubular bells, wind chimes, crotales, timbales, timpani, gong, temple blocks, bell trees, triangles, melodic cowbells), and "butt-end out" technique (reversing stick orientation for heavier impact). In 1983, he became the youngest person ever inducted into the Modern Drummer Hall of Fame. Peart was also a pioneer in the use of electronic drums, starting with 1984's Grace Under Pressure.

While Pearl enjoyed immense professional success, his personal life was marred by tragedy. In August 1997, his first daughter (and only child at the time), Selena Taylor, was killed in a car accident at age 19. Just five months later, his common-law wife of 23 years, Jacqueline Taylor, was diagnosed with terminal cancer; she succumbed in June 1998. Peart ostensibly retired from music at the time and embarked on a solo motorcycle trip across North and Central America to mourn the losses — an experience he later chronicled in the memoir Ghost Rider: Travels on the Healing Road. However, he remarried in 2000 and returned to Rush in 2001. Peart announced his official retirement in an interview with Drumhead magazine in December 2015.

Upon hearing the sad news, many luminaries of the music community took to social media to pay tribute.

On the passing of Neil Peart, please let me add my voice to the chorus in praising this incredible musician and poet. His influence on the Smashing Pumpkins is indelible: giving us wings to soar with and a road map to ultimately find our own way. There isn't a modern rock drummer alive who hasn't heard him, and spoken his name with a reverence that's reserved for the very few. And as a lyricist, Mr. Peart is without compare. I am forever in his debt, and humbled to say that though I never met him, I feel I knew him as a friend. Which brings to mind his great line, 'I can't pretend a stranger is a long-awaited friend...' May God embrace you, Neil, as His own RIP -William

At the end of a crazy @rockhall night in 2013 where @rushtheband & @PublicEnemyFTP were inducted. It was just myself & Neil PEart alone talkin & laughing low in relief the long night was over-a small table backstage sharing a unique moment without much word. Rest in Beats my man

I just heard about Neil Peart passing. I feel real bad about this - he was way too young. Neil was one of the great drummers and he’ll be missed. Love & mercy to Neil’s family.
– Brian pic.twitter.com/T5qjECWX1W

It is unbelievably sad to hear that my favorite drummer of all time, Neil Peart, has left us. Very hard to find words to properly express the level of inspiration & influence he had on so so many musicians. He will forever remain at the top of my list. Farewell to a true king. pic.twitter.com/A9QkSWg2f9

RIP to a master 💔 #neilpearthttps://t.co/B8ssS79tRS

Sorry to hear this. https://t.co/cZWcAj1p2Y

The master will be missed - Neil Peart RIP #RushForeverpic.twitter.com/o4Y6chFiB3

Such a loss, one of my favorite musicians of all time. His influence and music will live on through anyone who picks up an instrument #neilpeart

The greatest of all time. RIP Neil Peart. I’m going to go raise a glass and then air-drum the shit out of Tom Sawyer. https://t.co/pL3xL4PUa0

The Greatest. Influenced every drummer i knew. Growing up in rural GA, when you first got a chance to stumble upon this guy’s genius as a kid, it was one of those magical and pivotal moments in the timeline. You just… https://t.co/DVZEJUrAET

RIP Neil Peart. A true artist and a sweet, good guy. And probably the most air drummed drummer of all time. This is my tribute...air drumming one of THE greatest, iconic drum moments in rock history. #neilpeart#rushhttps://t.co/01RW6pYWIl

Neil Peart thank you for getting me through every junior high math class and constantly blowing my mind #rushforeverhttps://t.co/WUt8biznyX

Peart is survived by his second wife, photographer Carrie Nuttal, and their daughter, Olivia.