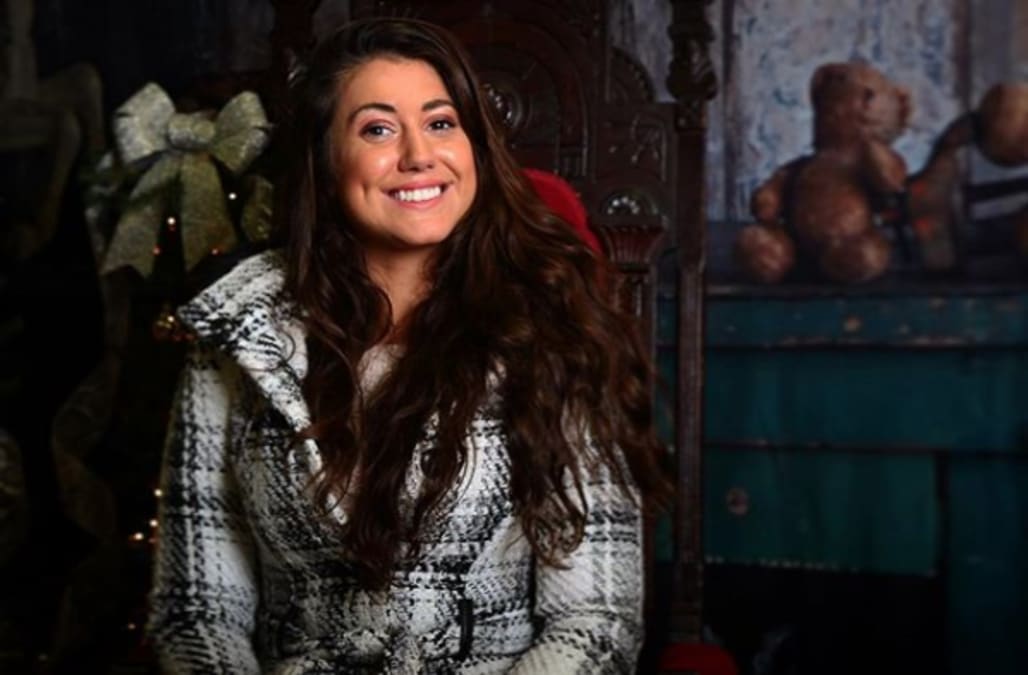 Former "Are You The One?" contestant Alexis Eddy was found dead on Thursday morning, TMZ reported. She was 23 years old.

Eddy was found in her West Virginia home after a call to law enforcement was made around 7 a.m. for a 'female in cardiac arrest,' per TMZ's report.

Eddy rose to reality show fame after being cast on season six of the MTV dating show in 2017, where she documented her struggles with substance abuse and her rocky family history.

The West Virginia native tweeted about getting sober in September of last year, with a touching photo alongside her father:

Guuuuuys look at this pic of me n my daddio finally sober together 😭😭😭 pic on the right was two years ago... what a difference.
So very blessed today.#RecoveryRockspic.twitter.com/0J8sIY8Duc

"Guuuuuys look at this pic of me n my daddio finally sober together," she tweeted, "So very blessed today."

Eddy announced her engagement to then-boyfriend Nate Lee in October 2019 via a since-deleted Instagram that was captioned "Went to play in the woods…Walked out engage. love you @natelee4176.”

OBSESSED with my new eyes ;) *Topaz #unicoeye* 25% OFF COUPON - with my promo: lexoquence @unicoeye_official

The couple never officially announced an end to their engagement but appear to have broken up before Eddy's passing per her tweet about being single on December 31:

"I’m bringing a mirror with me out tonight so I can kiss myself when the ball drops #2020 got love for ME and ME ONLY".

MTV released the following statement to US Weekly on Thursday afternoon:

"MTV is deeply saddened to hear about the tragic loss of Alexis Eddy. Our hearts go out to her family and friends during this difficult time.”

Former castmates have taken to social media to mourn:

Literally talked to Alexis yesterday about how much better her life is sober. Just don't even know how to feel right now. Can't believe we'll never have another heart to heart convo.

"Literally talked to Alexis yesterday about how much better her life is sober," wrote 'Are You The One?' co-star Ethan Cohen.

"Just don't even know how to feel right now. Can't believe we'll never have another heart to heart convo."

No foul play has been suspected but authorities will need a toxicology report to determine her cause of death.

More from Aol.com:
Buck Henry, Writer of ‘The Graduate’ and Co-Director of ‘Heaven Can Wait’ Dies at 89
Silvio Horta, ‘Ugly Betty’ creator, found dead in apparent suicide
Rapper Lexii Alijai, who collaborated with Kehlani, dies at age 21: 'I'm confused and my heart is broken'