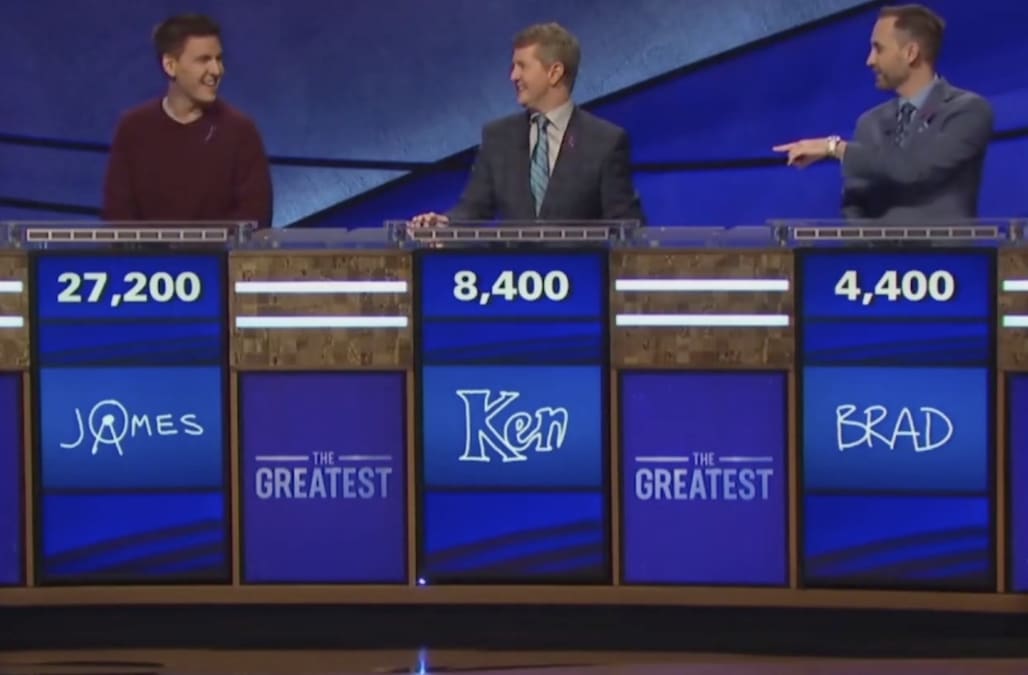 Wednesday brought about an intense second night on Jeopardy! The Greatest of All Time. Ken Jennings barely edged out James Holzhauer on the first night, while Brad Rutter struggled. The second night was more of the same, but this time is was James's turn to win the match.

The tournament has, for the most part, been a two horse race between James and Ken. While Brad is certainly a brilliant player, he has made a lot of costly mistakes. At one point in Wednesday's match he had -5,200 points. By the time he reached the second Final Jeopardy! he was still in the red and unable to participate.

Brad Rutter when he gets a daily double #JeopardyGOATpic.twitter.com/50Ze4C7UNl

James and Ken are battling it out on #JeopardyGOAT while Brad comes in like: pic.twitter.com/nseuwft4GF

So far, this tournament has played out like the two fictional boxing matches between Rocky Balboa and Apollo Creed from Rocky and Rocky II. Ken and James continually trade correct answers and somehow stay within striking distance of each other.

Seriously, the #JeopardyGOAT tourney is the best thing about 2020 so far, hands down. I’m rooting for everyone and it’s still thrilling. pic.twitter.com/bEH2TGvpVV

Live look at the Jeopardy Tournament of Champions #JeopardyGOATpic.twitter.com/U2K1NWLZBV