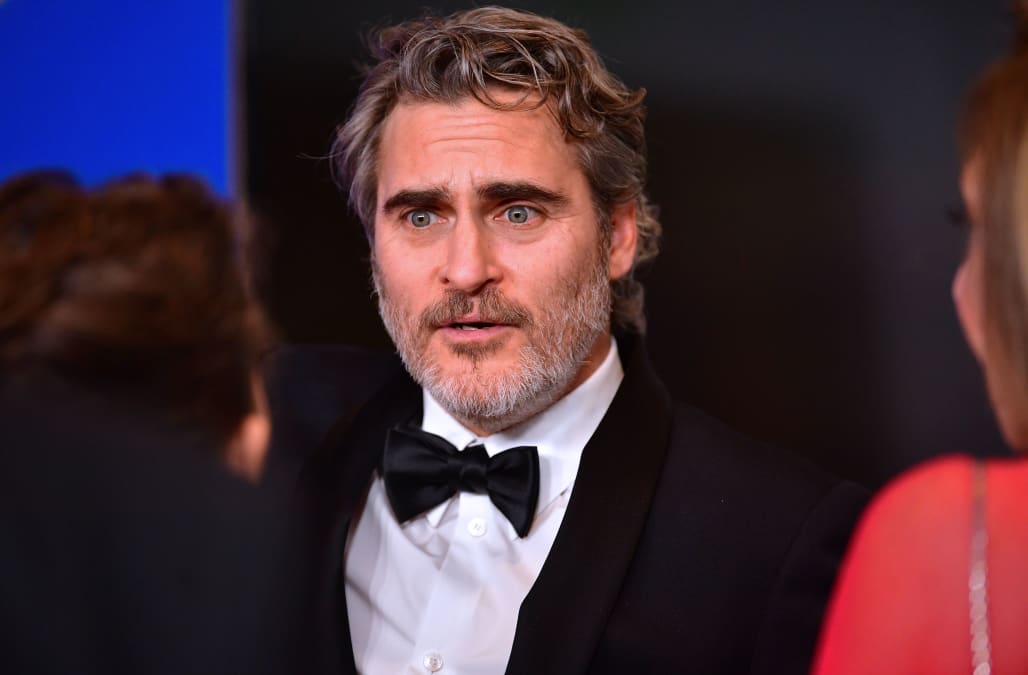 Joaquin Phoenix will wear the same tuxedo throughout this year's awards season.

The Joker actor has partnered with fashion designer Stella McCartney to wear the same custom suit he wore at the 2020 Golden Globes for all upcoming awards shows in effort to cut down on waste.

McCartney, who emphasizes sustainability in her luxury brand, tweeted a pic on Monday of Phoenix in the tux and the caption, "This man is a winner… wearing custom Stella because he chooses to make choices for the future of the planet. He has also chosen to wear this same Tux for the entire award season to reduce waste. I am proud to join forces with you... x Stella."

Phoenix accepted the award for Best Actor in a Motion Picture -- Drama on Sunday night. In addition to praising his fellow nominees, thanking Joker director Todd Phillips and briefly doting on his fiancee, Rooney Mara, the 45-year-old star's speech focused on environmental impact -- expressing a plea for help to fight the devastating Australia bushfires and calling out actors who take private jets.

The actor is also nominated for a Critics' Choice Award and SAG Award and is predicted to snag an Oscar nom as well.

More from ET Online:
Halsey shows off her natural hair -- see the pic!
Hayden Panettiere shows off dramatic transformation as she returns to social media
Tim McGraw shares how he dropped 40 pounds and got in the best shape of his life