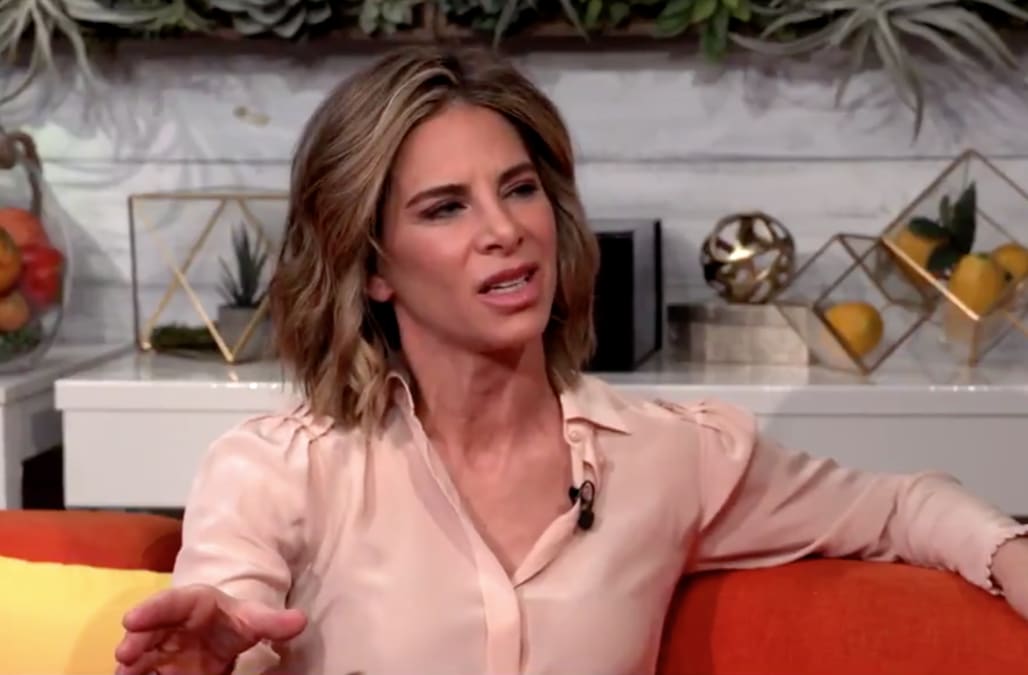 Jillian Michaels is speaking out to explain herself after getting a lot of heat for some critical remarks regarding Lizzo that many felt were an attempt to body shame the "Truth Hurts" singer.

The drama started when Michaels -- a personal trainer, fitness expert and The Biggest Loser star -- sat down for an interview with BuzzFeed’s AM to DM series and got into a conversation with host Alex Berg about celebrities who promote self-acceptance.

When the chat touched on Lizzo's frequent messages of body positivity and self-love, Michaels said that fans should be celebrating the artist's songs, but not her body.

"I'm just being honest. I love her music, my kid loves her music, but there's never a moment when I'm like, ‘I'm so glad she's overweight.' Why do I even care? Why is it my job to care about her weight?" she added.

Michaels also explained during the chat that she doesn't think it's right to "glorify obesity."

Many of Lizzo's fans and fellow celebrities quickly took to Twitter to slam Michaels for her remarks, and to accuse her of promoting insecurity for her own gain.

Just saying... MY WHOLE DAMN THIN FAMILY HAS DIABETES AND HIGH CHOLESTEROL AND PROBLEMS WITH OUR JOINTS. Why is This woman acting like she’s an MRI? Stop concern-trolling fat people and get in the bin. 🚮 https://t.co/2fKVJrkWm3

Okay.....says the woman who literally made a living berating people to Lose weight on national TV..... pic.twitter.com/bfBOVb4zQ0

Lizzo spends hours every night singing and playing the flute during intensive dance cardio. Just admit that the only self worth you've found for yourself is in your thinness, Jillian, then go to therapy & do the work to love yourself.

I know #Lizzo left Twitter because of the trolls including people like @JillianMichaels . She could be off being bitter. Instead: https://t.co/P0InEzdefi

Jillian Michaels came to prominence torturing fat people on television for entertainment. She is loudly and proudly anti-fat because otherwise she can’t make money. Her living depends on anti-fat bigotry. https://t.co/LHLQlpNoYE

Jillian Michaels is a fatphobic hypocrite. “We shouldn’t be celebrating her body”...but her body is literally what she’s known for. She’s only saying that because people accepting fatness is a detriment to the money she makes by perpetuating harmful anti-fat ideals. https://t.co/UbZn8Vfu4u

Why do people always jump to “they gonna get diabetes”?!? Thin people have diabetes too. Just saying... pic.twitter.com/0hSQXt3dAO

Michaels later addressed the controversy in a statement posted to Twitter on Wednesday afternoon.

"As I've stated repeatedly, we are all beautiful, worthy and equally deserving. I also feel strongly that we love ourselves enough to acknowledge there are serious health consequences that come with obesity—heart disease, diabetes, cancer to name only a few," she wrote. "I would never wish these for ANYONE and I would hope we prioritize our health because we LOVE ourselves and our bodies."

For her part, Lizzo has not commented on the drama, which began just days after the "Juice" artist said she planned on taking a break from social media due to Twitter trolls and negativity.