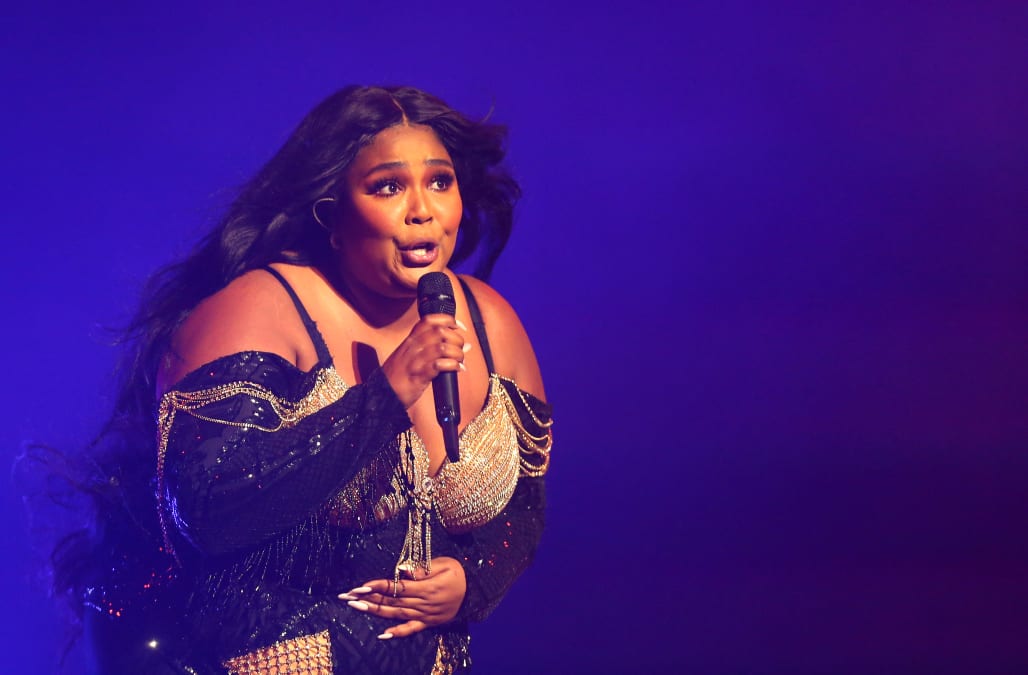 Lizzo took some time away from her tour in Australia to help victims affected by the country's devasting bushfires.

The singer, who was slated to perform at the Forum Melbourne on Wednesday night, volunteered at the Melbourne Foodbank earlier in the day. The Grammy award nominee helped pack up food hampers for citizens affected by the nation's most destructive bushfire season on record.

"Beautiful [Lizzo] stopped by our [Foodbank Victoria] warehouse today to thank our hardworking team and [volunteers] who have been working tirelessly for the past 6 days," Foodbank Australia shared on Instagram. "What a [star], she even packed hampers for fire-affected regions. Thank you for the support."

Beautiful @lizzobeeating stopped by our @foodbankvictoria warehouse today to thank our hardworking team and vollies who have been working tirelessly for the past 6 days. What a ⭐️ she even packed hampers for fire-affected regions. Thank you for the support 🙌🏼💜👊🏻

In photos shared by the food bank and several fans, Lizzo is seen at work in a high-vis orange vest and blue cleaning gloves.

Emily, a volunteer who was there when Lizzo helped out, told Insider that she was "as kind and welcoming as you would hope."

"She gave a little speech about how much she's always wanted to come to Australia and was sad that this coincided with the trip, but then saw it as an opportunity to come and spread awareness and do what she can while she's here," Emily added.

y’all hate on lizzo, but she’s taking time out of her aussie tour to help those impacted by the bushfires !!! maybe i stan? @lizzopic.twitter.com/HfCbSGNmCn

"She just really boosted morale and was so happy to take pictures and talk to everyone there," Emily said.

Australia’s wildfire catastrophe has claimed the lives of at least 24 people nationwide and the number of wildlife estimated to have died has skyrocketed to more than 1 billion.

The 31-year-old singer joins the dozens of other celebrities who have offered support to Australia during the devastating fires. Chris Hemsworth took to Instagram on Monday to share that his family, which includes fellow actors Liam and Luke, would be donating 1 million dollars to help fight the fires.