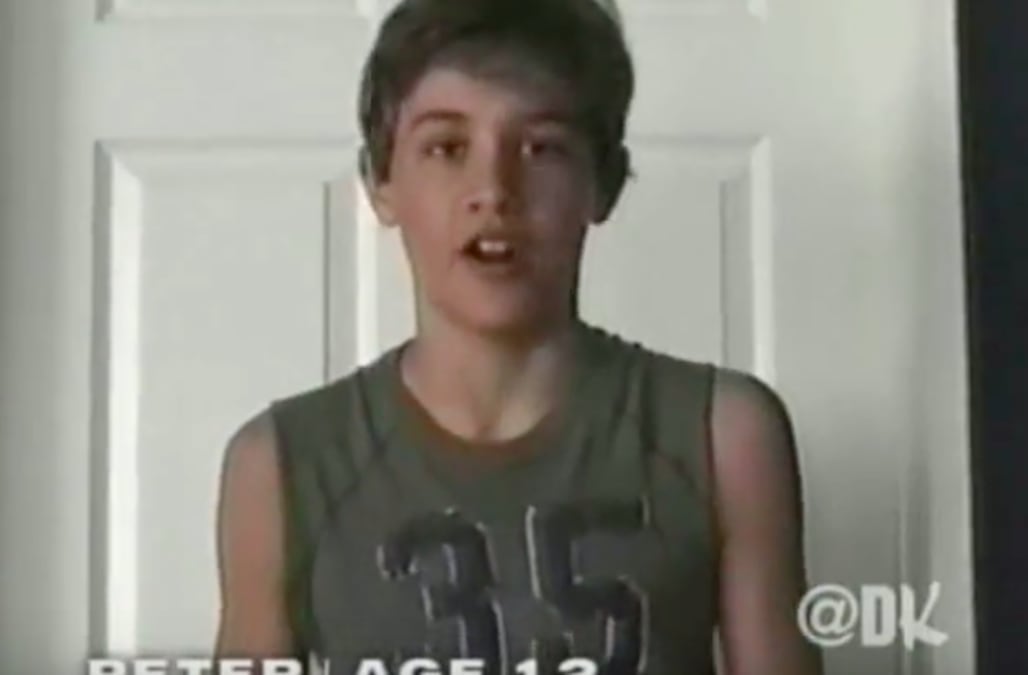 Season 24 of 'The Bachelor' kicked off Monday night in a riveting three-hour finale that brought the heat, drama and new discoveries about this season's leading man, Peter Weber.

One of the most unexpected reveals during the premiere was that Weber, a flight attendant infamous for his windmill escapades on Season 23 of 'The Bachelorette', still lives with his parents.

And though ghosts from Weber's past came back for some screen time (enter his ex-flame and former 'Bachelorette Hannah Brown), one past pursuit didn't make the cut -- that is, Weber's first go at realty television.

Reddit users discovered earlier this week that a 12-year-old Weber made his first television debut when he auditioned for the third season of a show called 'Endurance' on Discovery Kids.

The show put cast members against one another in various athletic challenges often in tropical locations, similar to 'Survivor' for a younger demographic.

In the first clip, which begins at 15:41, Weber is talking to a casting director who reminds the 12-year-old that he would be one of the youngest contestants on the show, as the age bracket for contestants is 12-15:

"It doesn't matter I can take them on ... I have no fear. I am so competitive," says a fired-up Weber.

The second clip below, beginning at 4:05, shows Weber's adorable extended audition tape, expressing his affinity for competitive reality shows from an early age:

"Why should I be on this show? Because I'm a huge competitor," exclaims Weber into the camera. "I am a Leo, I love winning -- us Leos do not know how to lose!"

"He's the kid you put in any situation and he's going to shine," the show's casting directors respond.

Sadly, Weber didn't make the cut for Endurance 3: Hawaii, but it looks like he finally found his reality show niche 16 years later -- let's just hope he knows how to apply that competitive mindset when it comes to finding true love on 'The Bachelor!'