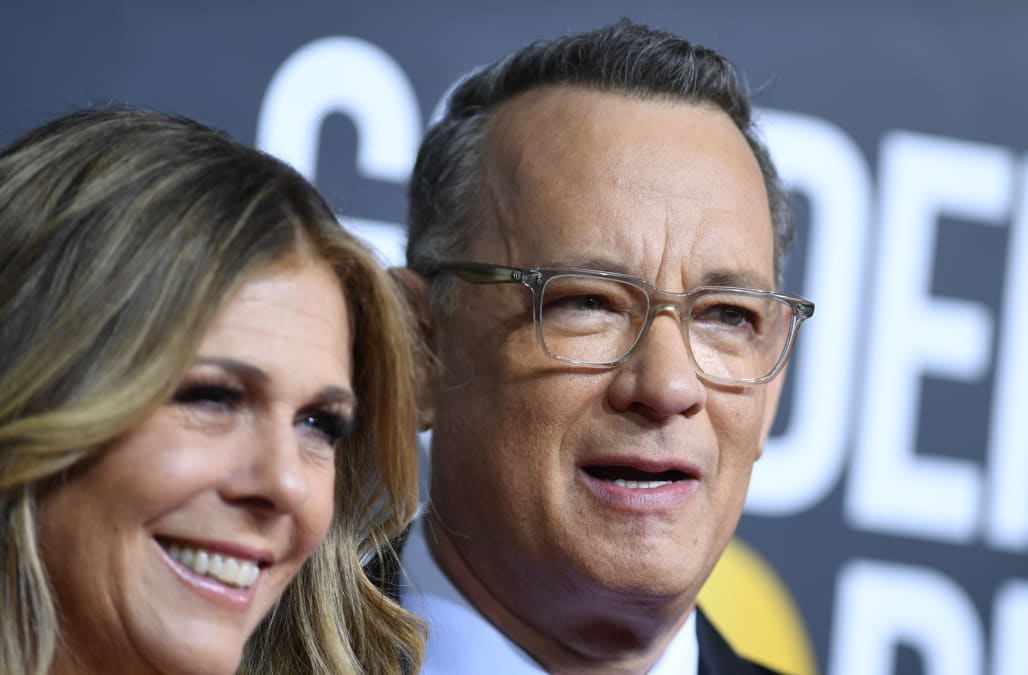 The Golden Globes are rarely a night of real mystery: Stars arrive, they get their awards, we turn off our TVs and go to bed.

This year's installment, however, comes with a dose of confusion thanks to Chet Hanks, the 29-year-old son of Tom Hanks and Rita Wilson. He joined the rest of his family to support Tom as he accepted the Cecil B. DeMille lifetime achievement award.

But ahead of the ceremony, things got a bit weird on the red carpet. An odd video posted on social media Sunday evening shows Chet talking rapidly in a puzzling Caribbean-style dialect, leaving the internet nothing short of bewildered.

Although mom Rita found the video hilarious — "Maybe the best laugh of the night," she wrote — not everyone was amused.

"Mildly offensive," one Instagram commenter mused of Chet's patois, while another simply posted a single clown face emoji. Others, however, wrote that the found the clip pretty funny.

One Twitter reaction made use of Tom Hanks' own viral moment during the Globes; he was seen making a cringing expression during Ricky Gervais' opening monologue.

Some responses were more biting, especially as several users recalled that back in 2015, Chet repeatedly asserted that he has every right to use the N-word: "I do say the n word in real life amongst my black friends who get me and can’t nobody tell me I can’t say what the [expletive] I feel like no disrespect to the struggle of black ppl during the civil rights movement but it’s 2015 now," he wrote on Instagram at the time.

After battling addictions and substance abuse issues for years, Chet revealed in 2018 that the arrival of his first child motivated him to get sober.

"There’s a part of you that knows that you need to make a change but you can’t really shut that door on your life and just move on to a new chapter," he told Entertainment Tonight. "For me, it took something drastic happening, like becoming a father, for me to make that change."