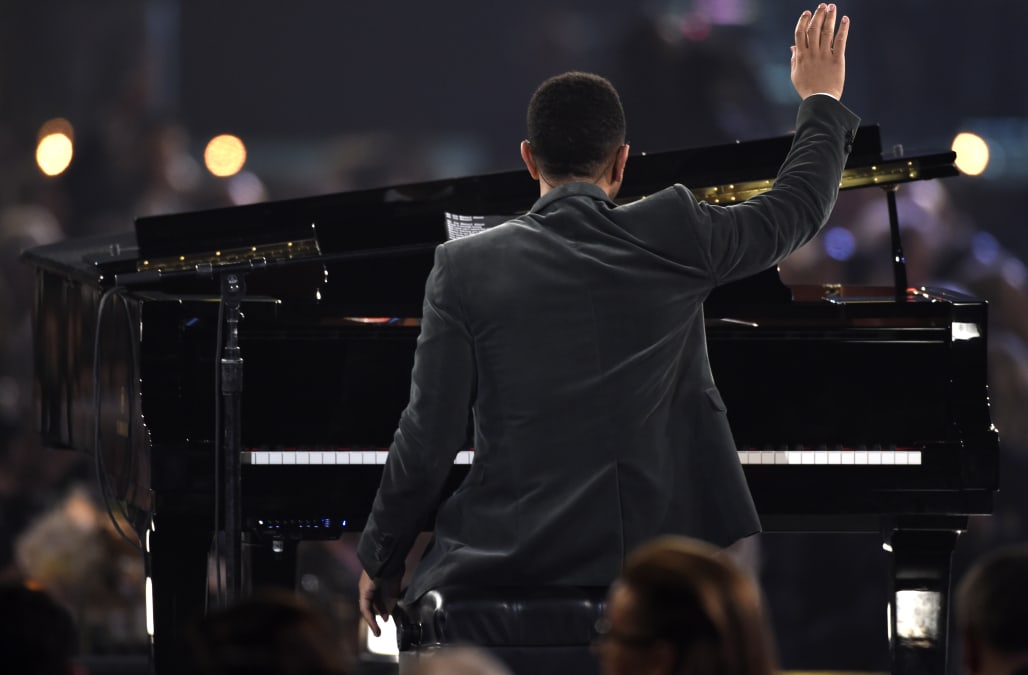 'This Is Us' is known for its shocking and emotional twists and turns, often fueled by tear-filled and purposefully ambiguous previews and promos that have fans on the edge of their seats before new episodes even premiere.

But during the 2020 Golden Globes, the preview for fourth season of the hit show's mid-season premiere that was revealed had fans gasping not over plot points but at a special guest teased in the clip.

The new promo revealed that musician John Legend will appear in the fourth season in some capacity, presumably as himself as the clip pans to Legend in his signature suit on the piano, though it's unclear whether or not he will be in a fictional role.

'This Is Us' as rolled through a slew of high-profile guest stars over the years, including Sylvester Stallone  in Season 2 and the late Alan Thicke in Season 1, both of whom played themselves.

People reported that 'This Is Us' creator, Dan Fogelman, teased new characters over the summer, stating that “there’s a lot of secret new cast members who are going to be a big deal, coming up.”

And though its still unclear what exactly Legend will do during the season's 10th episode, it looks like us fans aren't the only ones in the dark.

Legend's wife, Chrissy Teigen, hilariously tweeted post-Globes about her equal confusion over the new preview for the show:


I had no idea until now and still don’t get it? his song or himself? https://t.co/Ym6Mga1P9p

"I had no idea until now and still don’t get it," Teigen wrote, "his song or himself?

More from Aol.com:
Alex Trebek reveals exactly how his final episode of 'Jeopardy!' will end
Not 'goodbye,' but 'see you later': Here’s how to watch ‘Friends’ now that it's no longer on Netflix
Major A-list star in talks to join 'AGT' in aftermath of Gabrielle Union controversy