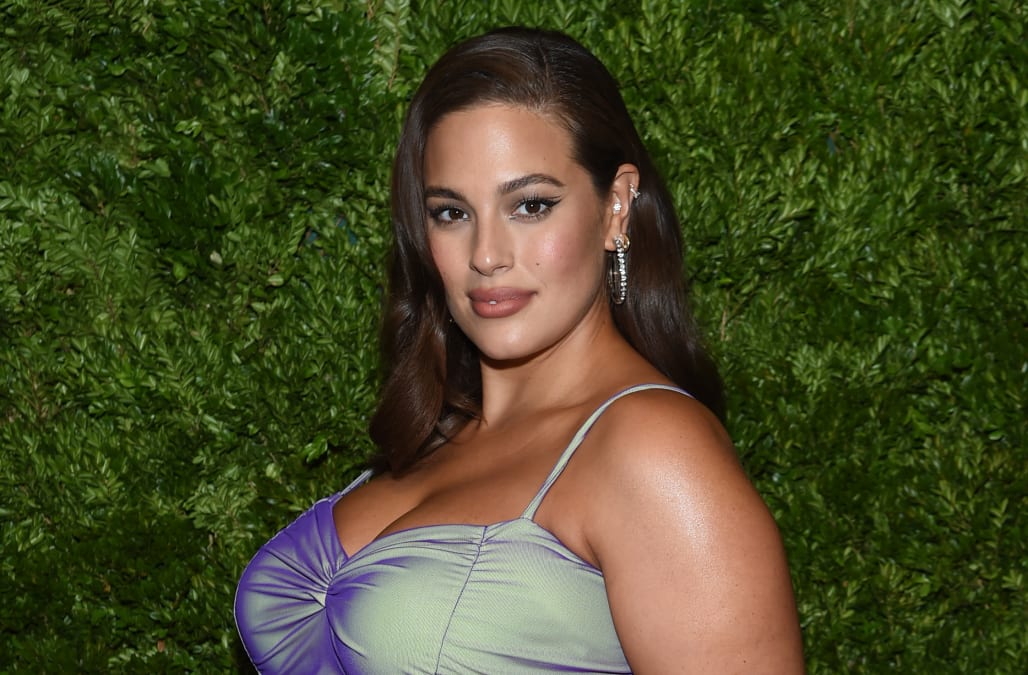 The final stretch! Pregnant Ashley Graham posted a nude photo ahead of her and Justin Ervin’s son’s arrival.

The Nebraska native announced in August that she and Ervin, 31, have a little one on the way. “Nine years ago today, I married the love of my life,” the New Model author captioned her baby bump debut at the time. “It has been the best journey with my favorite person in the world! Today, we are feeling so blessed, grateful and excited to celebrate with our GROWING FAMILY! Happy anniversary, @mrjustinervin. Life is about to get even better.”

Three months later, the American Beauty Star announced the sex of her baby-to-be on The Ellen DeGeneres Show. “I’m going to be a mommy to a boy,” she said.

As Graham waits for her son to arrive, she’s raking in parenting advice from Kim Kardashianand more celebrity moms. “Kim immediately started telling me, ‘Ashley, the pregnancy may be the hardest part, but the birth is the easiest,” the former America’s Next Top Model judge shared in a Vogue interview last month. “I’m just taking in advice from everyone and not putting too much pressure on myself.”

Serena Williams has given Graham words of wisdom as well, telling the outlet: “I text her anything that rolls off my mind. I was one of those people who wanted to know every ugly detail of what happens … down there …  what happens everywhere. Like, why are my nipples so big a week into being pregnant? This makes no sense; the baby doesn’t need to eat yet. I wanted to know every single thing, and I still love talking about it. Because I feel like it’s important to kind of change the narrative and be like, it’s normal to feel scared, and not be one of those women who are like, ‘Oh, it’s so great!’ Just be scared out of your mind. That’s normal.”

As for Amy Schumer, the comedian, 38, invited the pregnant model over to her home for a tour of her son Gene’s nursery. “I was like, ‘Come over and I’ll just tell you what I have learned and what I wish I knew,” Schumer said at the time.