Jason Momoa stripped down inside the Golden Globes and yes, there's footage 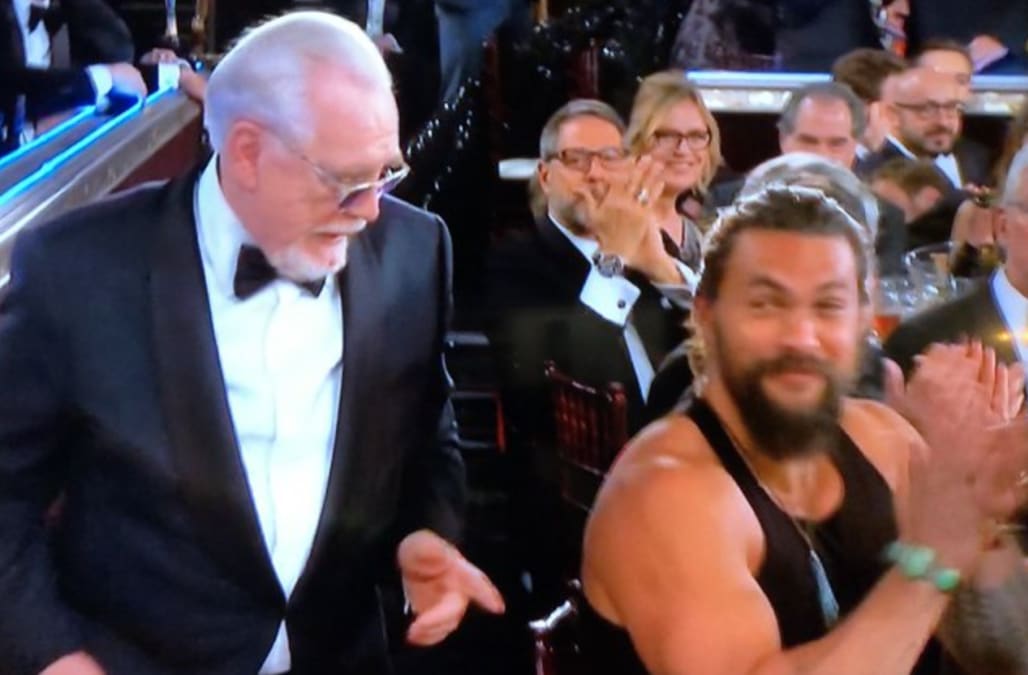 Quite a sight to behold.

Jason Momoa ditched his green velvet blazer at the Golden Globes and bared his ultra-jacked physique, as evidenced by eagle-eyed viewers who spotted the actor seated at his table in just a black tank top. Although it at first appeared that he'd gotten overheated, he later explained to paparazzi that it was quite cold in the room, so he gave his jacket to his wife.

The hunky "Aquaman" star also tied up his trademark long locks in a ponytail after finishing up on the red carpet.

Did y’all just see Jason Momoa in a tank top at the #GoldenGlobes? 😂 pic.twitter.com/q3shqHui4w

Sleeves gone, hair up. We want to sit with Jason Momoa at tonight's #GoldenGlobespic.twitter.com/iftgsJ7wWe

Momoa successfully re-clothed himself and untied his hair before joining stepdaughter Zoe Kravitz onstage to jointly present the award for Best Actress in a Television Series - Drama.

Earlier in the evening, Momoa walked the red carpet with wife Lisa Bonet, who was an ethereal beauty in a sheer sage green gown. 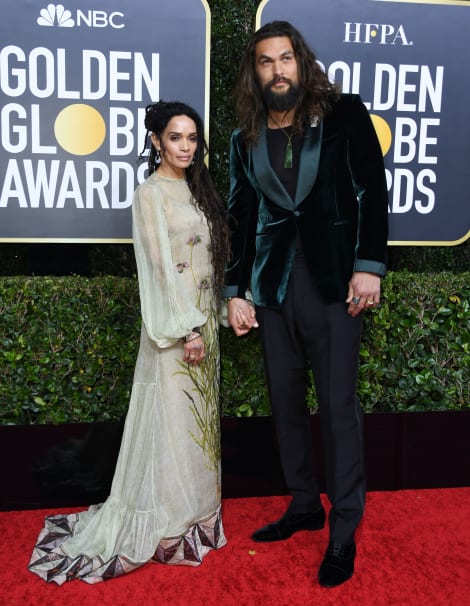 The devoted couple will celebrate their 15th anniversary this year, although they didn't formally wed until 2017. They share two children, 12-year-old Lola and 11-year-old Nakoa-Wolf.

Bonet was previously married to Lenny Kravitz, who has famously maintained a strong friendship with Momoa: He's "like a brother to me," Kravitz once said in an interview with UK publication The Times.