Rose McGowan slams Trump over Soleimani killing, apologizes to Iran: 'Please do not kill us' 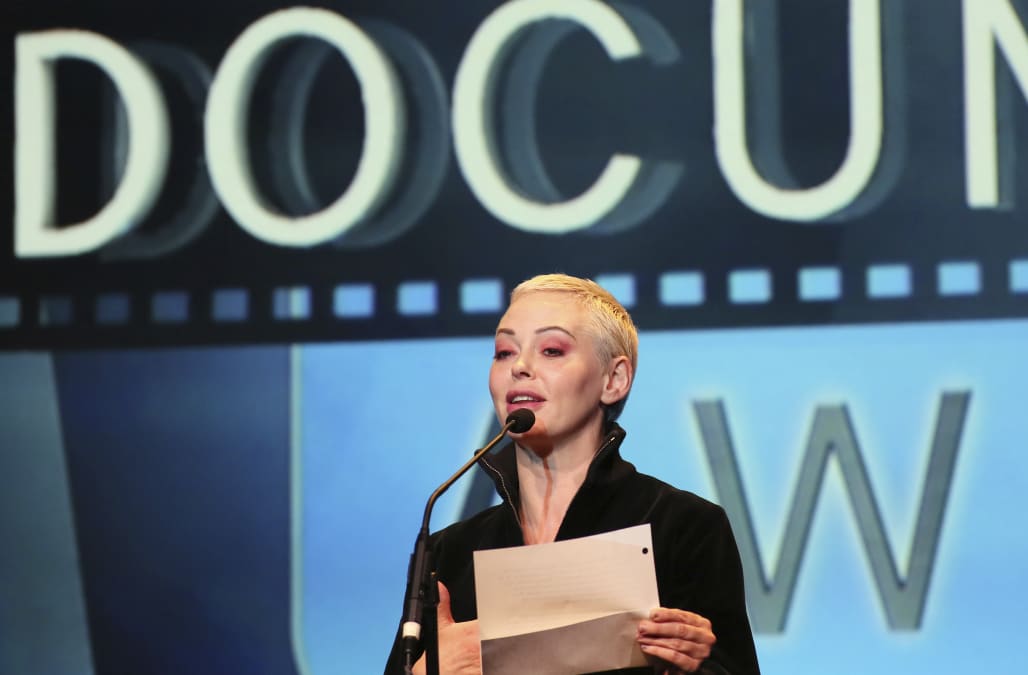 Rose McGowan has been trending on Twitter for bashing President Donald Trump after it was confirmed he ordered the drone strike that killed Iran’s top general, Qassem Soleimani. The Charmed actress apologized to Iran on behalf of "52%" of Americans and compared the Trump administration to a "terrorist regime."

"Dear #Iran, The USA has disrespected your country, your flag, your people. 52% of us humbly apologize. We want peace with your nation. We are being held hostage by a terrorist regime. We do not know how to escape. Please do not kill us," she wrote using the hashtag "#Soleimani."

She then called the president a "d***head."

McGowan continued, "Of course #Soleimani was an evil evil man who did evil evil things. But that at this moment is not the f***ing point. The United States is morally corrupt and acts illegally. It is only logical to appeal to Iran’s pride by apologizing. I’m taking one for the team. #TeamStayAlive."

The 46-year-old actress and activist clarified she doesn't "side with Iran" or "the USA."

McGowan also posted some confusing tweets about her political preferences. "I will never vote Republican. I want the Democrats to win because we are less likely to die," she declared, adding, "I am a conscientious objector to the USA..."

But she followed that up by tweeting, "I’m a registered Republican in California. I loathe the Clintons. I hate Trump. I will not vote Republican, but I cannot vote Democrat. I’d rather know what evil I’m getting, so I’ll go Republican. This is about WWIII, so none of that s*** matters anyway. #TeamStayAlive #RoseArmy"

"Move to Iran" started to trend along with McGowan's name. By Friday morning, the Scream star said she had "freaked out because we may have any impending war."

"Sometimes it’s okay to freak out on those in power," she added. "That is what so many Brave soldiers have fought for. That is democracy. I do not want any more American soldiers killed."

Ok, so I freaked out because we may have any impending war. Sometimes it’s okay to freak out on those in power. It’s our right. That is what so many Brave soldiers have fought for. That is democracy. I do not want any more American soldiers killed. That’s it.

McGowan isn't the only celebrity to slam President Trump over Soleimani’s death. John Cusack accused him of being in "full fascist 101 mode."

Trump in full fascist 101 mode-,steal and lie - untill there’s nothing left and start a war -
He’s so idiotic he doesn’t know he just attacked Iran
And that’s not like anywhere else

More from Yahoo Celebrity:
Eddie Murphy calls his old stand-up jokes about gay people 'cringey': 'Oh my God, I can't believe I said that'
Criss Angel's heartbreaking update about 5-year-old son: 'This is childhood cancer'
Jennifer Aniston shares sweet childhood throwback pic with her soap star dad: 'Christmas with one of my creators'