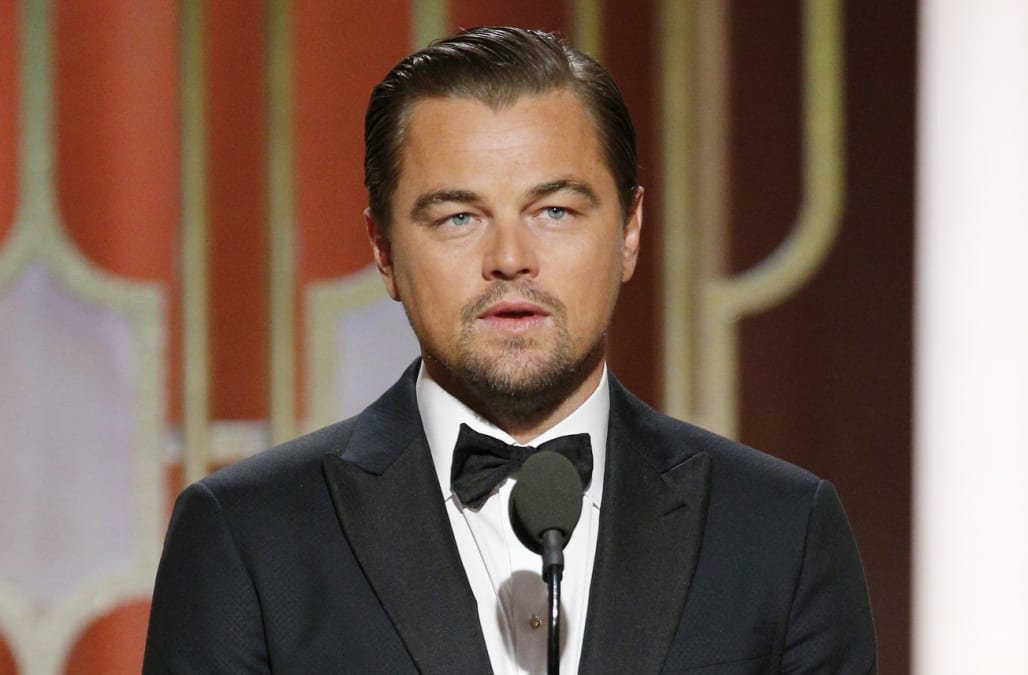 The Golden Globes are trying to do their part to promote sustainability through their new menu for this year's show, and Leonardo DiCaprio is praising the change.

It was announced on Thursday that the Hollywood Foreign Press Association had decided to make some last-minute changes to the dishes they will be serving at the star-studded awards show on Sunday.

Instead of the planned fish dish, the Golden Globes dinner will include a chilled golden beet soup as an appetizer with an entree of king oyster mushrooms with mushroom risotto, brussels sprouts and beans.

The move makes the awards show the first of its kind to go vegan for their meal, and the move was met with support and appreciation from many environmental activists, including DiCaprio.

"Thank you HFPA  @goldenglobes 👏," the 45-year-old Oscar winner tweeted, alongside a link to a story announcing the switch.

The HFPA  turned to Beverly Hilton executive chef Matthew Morgan with the last-minute change shortly before Christmas, and the celebrated chef explained to The Hollywood Reporter that the organization "wanted to make this change to send a good message."

Apart from the vegan meal -- which also means the risotto will be made without cheese and the meal cooked without the use of butter -- the ceremony is also planning on implementing other ways to reduce, reuse and recycle.

Such efforts include reusing the red carpet from this year's show at other events in the future, and by reducing plastic consumption by serving water to guests in glass bottles, via a new partnership with Icelandic Glacial.

DiCaprio has long been an environmental activist and champion of sustainability efforts. Recently, the Once Upon a Time in Hollywood actor pledged $5 million to combat the wildfires in the Amazon rain forest, via his environmental foundation, Earth Alliance.

Check out the video below for a look at some of the star's other philanthropic endeavors.

Prettiest dresses from the 2019 Golden Globes

Regina King wore a pink sequined Alberta Ferretti gown for what may be her best red carpet moment ever.

Lupita Nyong'o's beaded cobalt Calvin Klein by Appointment dress was one of our favorite looks of the night.

Kristen Bell looked sophisticated in a Zuhair Murad gown fit for a princess.

Host Sandra Oh kicked off the show in a fiery Versace number paired with glamorous waves.

Gemma Chan stood out on the red carpet in a blue Valentino Couture dress with matching shorts.

2020 Golden Globe Nominations: How to Watch