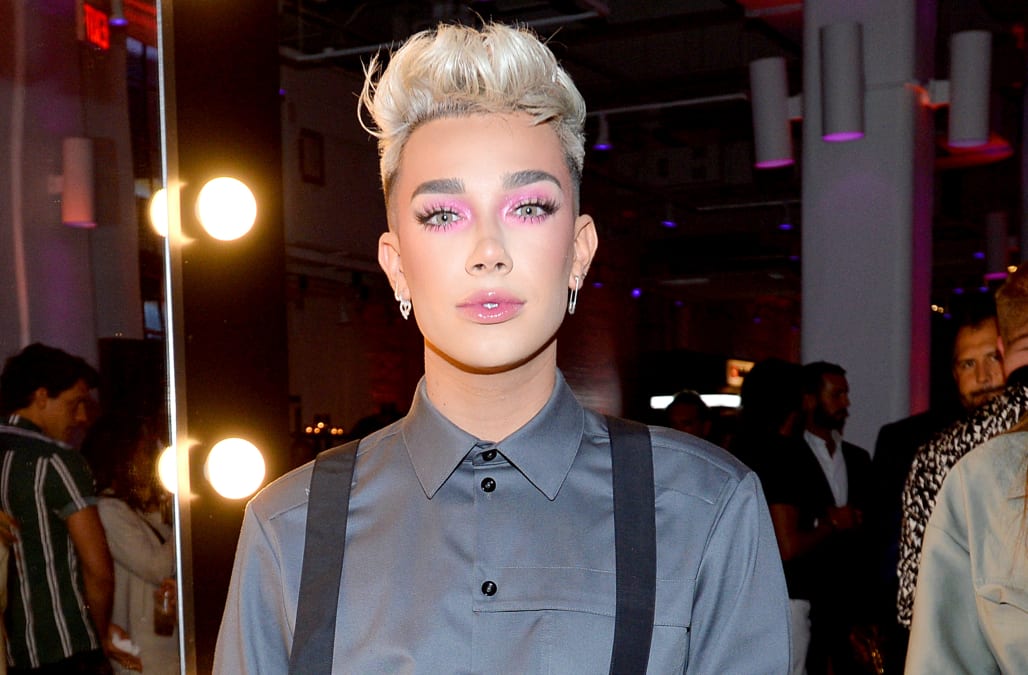 YouTube star James Charles has once again found himself embroiled in controversy.

The 20-year-old internet celebrity posted footage on Instagram from his New Year's Eve celebration with friends, including one selfie video shared to his Instagram Story that showed him singing along to rapper Saweetie's breakout 2019 hit, "My Type."

Why is nobody talking about James Charles SAYING THE N WORD TWO TIMES IN A IG STORY. 🤢 pic.twitter.com/oZy9oXX3IA

Twitter user @JoacoSevitz was seemingly the first to call attention to the footage, in which it's unclear whether or not the divisive YouTube star sang or skipped the N-word while the song played.

"Why is nobody talking about James Charles SAYING THE N WORD TWO TIMES IN A IG STORY," the Twitter account said.

When a fan tweeted at Charles asking if he had, he issued a staunch reply.

"no? turn up the volume & listen, I skip over it," he tweeted. "how stupid would I have to be to confidently record a video of me singing the n word and still have it up the next morning."

no? turn up the volume & listen, I skip over it. how stupid would I have to be to confidently record a video of me singing the n word and still have it up the next morning

Fans were divided on the footage, with some condemning Charles for singing the word, while others agreeing with him saying he skipped over the word while singing along to the song.

"you said it we can all hear you," one person responded, while another user said, "I have watched that video like 15 times and I hear you say it every time."

Holl up james charles FILMED HIMSELF saying the n word then decided to upload it to his public account and STILL hasnt deleted it or addressed it????? Lets leave this clown in 2019pic.twitter.com/teYmwnhXQG

Multiple other people said that critics were "reaching" by accusing Charles of singing the N-word: "I’m not a James Charles fan by any means but this man did not say the n word," one person proclaimed. "he just had his mouth open."

"Y’all will do anything to get this poor man cancelled," another fan wrote. "LEAVE JAMES ALONE."

Meanwhile, some took issue with it being a controversy at all, saying that, because those are the song's lyrics, it should be okay for him to sing along. Others quickly shot down this point of view in the replies.

When someone on Twitter said, "even IF he did. He's singing a song, he's not using it to attack anyone," the person who originally posted Charles' video replied, "The n word is offensive in every single case."

The n word is offensive in every single case.

As the clip began to make the rounds online, the hashtag #JamesCharlesIsOverParty became a trending topic on Twitter.

This is far from the first time that James Charles has courted controversy. Earlier this year, his very public feud with fellow YouTube beauty influencer Tati Westbrook became a rare example of YouTube drama crossing over into mainstream media.

More from Aol.com:
Mariah Carey hacked on Twitter right in the middle of her ‘freaking nap’
Alex Trebek opens up about experiencing 'moments of depression' amid cancer battle
Biggest celebrity stories of 2019: Alex Trebek, Felicity Huffman, Miley Cyrus and more