Rapper Lexii Alijai, who collaborated with Kehlani, dies at age 21: 'I'm confused and my heart is broken' 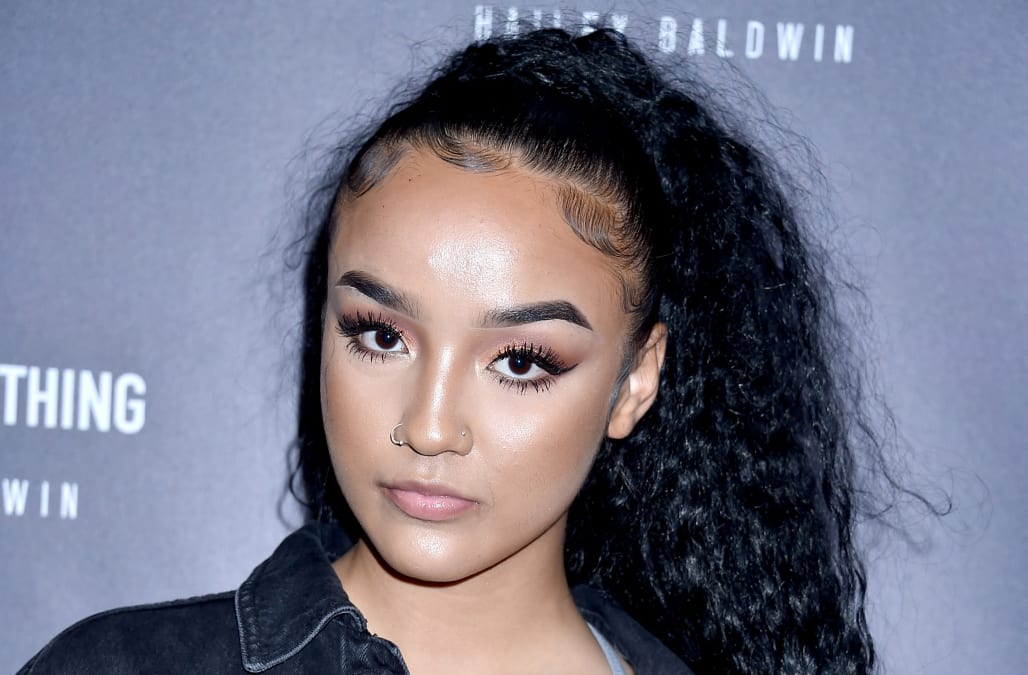 Up-and-coming rapper Lexii Alijai, best known for her collaboration with singer Kehlani on the 2015 hit song "Jealous," has died, her family announced on Facebook on Wednesday. She was 21.

A relative of the rapper took to the social media platform on New Year's Day to break the news.

"They say don’t question God, but damn why you baby," the person wrote. "This thing called life is crazy as hell. My heart is broken. The tears won’t stop. I’m trynna hold it together... I love you more then you’ll ever know. I can’t focus, I can’t concentrate, I’m numb, I literally can not breath. Rest easy baby ... You gained your beautiful wings... "

In the wake of the rapper's passing, several artists paid their respects.

"I'm so sick," Kehlani wrote in a lengthy Instagram post. "I’m so angry. I’m confused and my heart is broken. I don’t know why this happened. I don’t know what you’ve ever done but be brilliant, kind, strong, gentle, compassionate ... my lil f***** baby dawg."

i’m so sick. i’m so angry. i’m confused and my heart is broken. i don’t know why this happened. i don’t know what you’ve ever done but be brilliant, kind, strong, gentle, compassionate... my lil fuckin baby dawg. you got my heart on the floor right now lex. you were such a star to me because every word you spoke was true. every word you wrote was honest. you asked questions with wide eyes, you laughed and covered your mouth cuz you was always so shy even tho everyone who ever seen you said you was so damn gorgeous. fuck imma miss you. u was such a thug bro i seen u go thru it ALL!!!! and then TELL THE STORIES SO BEAUTIFULLY! you was supposed to go take over the world lex. you was supposed take home the trophies and hang the plaques up. i won’t forget the late night drives or the hotel nights i won’t forget u playing in my makeup i won’t forget a thing. why it had to be like this. i love you sis. so much. huggin yo family.

Other artists including Wale and Ari Lennox also expressed their remorse on Twitter.

"Rest in heaven Lexii," Ari Lennox wrote. "You were so sweet and kind to me. I’m so sorry angel."

Rest in heaven Lexii. You were so sweet and kind to me. I’m so sorry angel.

According to the New York Daily News, Alijai often performed in her home state and was the granddaughter of Roger Troutman, who founded the funk band Zapp. Her cause of death has not been revealed.

Rapper Lexii Alijai dies at age 21
How you posed to find the 1 when anyone would come wit u? 💔
Yooo
Who’s in Miami?
💪🏽💙 @jjett5
The bloodiest 💋
❤️
Support yo friends! 💛
I kno y’all ain’t never heard me rap on no explicit shit like this but fuck it I was in my bag tonight! Just wanted to share a quick freestyle wit y’all! 💙 prod by @cyht_
🖤 top by @fashionnova
I wonder what the dude in blue was thinking bout lol
Up Next