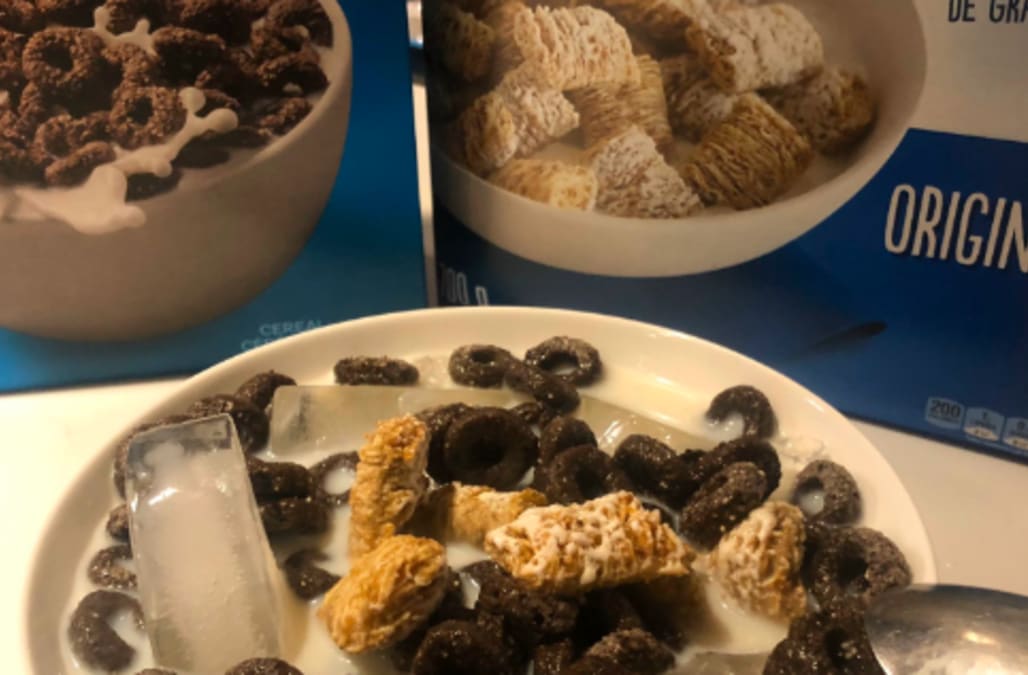 Gene Simmons is known for stirring up controversy and straying far from the status quo, but his latest reveal has fans and the internet at large in a complete and utter panic.

The KISS frontman, 70, posted a brow-raising series of photos of his morning bowl of cereal to his Twitter account on Thursday morning:

Anyone else put ice cubes in their cereal? pic.twitter.com/lfvZr5lBjk

To the utter dismay of thousands, Simmons simply captioned the photo set "Anyone else put ice cubes in their cereal?"

Naturally, Twitter users were having complete meltdowns (pun-intended) over Simmon's questionably sociopathic preferences when it comes to how he takes his meal:

Why would I need to? It's a temperature controlling instrument and my milk stays in the damn fridge. Who the hell would want to eat watered down milk with their cereal ?

milk is refrigerated for a reason you monster

I heard the only other person is Ted Bundy

This is a billion times worse than Ozzy biting the head off that bat.

May we say that this is the behavior of a ... cereal killer?

Many users seemed to miss the fact that Simmons had mixed Frosted Wheaties with Oreo O's and thinking the latter were, for whatever reason unbeknownst to us all, black olives:

Why does the cereal look like a bowl of sliced black olives with some wheat?

I seriously thought the little Oreos were black olive slices and I wondered, briefly, why nobody was focused on that. #relieved

is that black olive cereal wtf..

At first glance it looked like a bowl of black olives.

Though thousands responded with varying reactions, it seems like the general sentiment towards the musician's cereal habits was a universal 'No from me dog' a la American Idol's Randy Jackson.

There was one response, however, which may be the best yet-- and that was from Simmon's own son, Nick:

What we wouldn't give to have a seat at that breakfast table!

More from Aol.com:
YouTube star James Charles accused of saying N-word in video posted on his own Instagram
Ricki Lake reveals 'debilitating, embarrassing' secret she's held for 30 years: 'I am so done with hiding'
Mariah Carey hacked on Twitter right in the middle of her ‘freaking nap’