Coffee machine's utterly familiar brewing noise goes viral: 'Why is that the same pitch and everything' 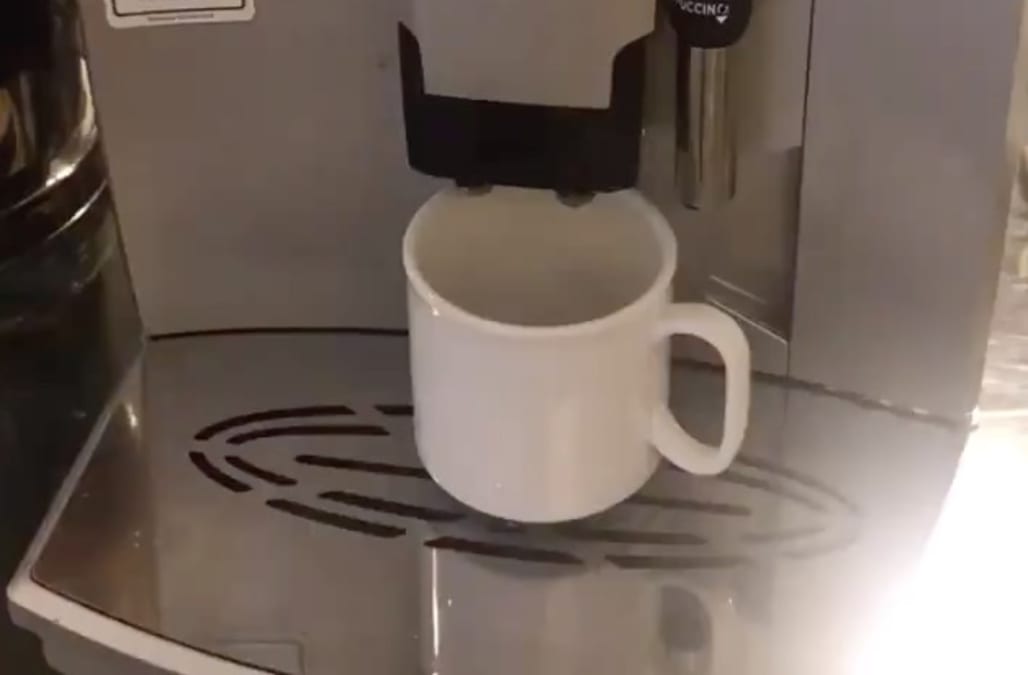 A Twitter user named Sam recently shared footage of a DeLonghi-brand coffee machine that sounds suspiciously like the intro to pop icon Britney Spear's "Stronger" while it's brewing beverages.

"The coffee machine at my hotel sounds just like the intro to “stronger” by britney spears," she wrote in a now-viral tweet, which has since racked up over 8,000 retweets and more than 42,000 likes.

the coffee machine at my hotel sounds just like the intro to “stronger” by britney spears pic.twitter.com/Mfi1R83Ww3

And really, the appliance does bear an eerie similarity to the blaring sound at the beginning of the song — listen to them played back to back:

This coffee machine sounds exactly like the intro to a Britney Spears song :open_mouth: #fyp#foryou#britneybich

And here it is again, in music video form (watch starting 0:16 seconds in):

I saw the video of the coffee maker that sounds like Stronger by Britney Spears so I did the obvious and combined them pic.twitter.com/WuSFmeLB3B

Britney fans who appreciated the nostalgia blast quickly flocked to Sam's tweet to agree with her keen observation.

"Omg I can hear it now, makes me wanna listen to it," one person replied.

.....Ooooooooh yeaahhhhhhhhhh omg I can hear it now, makes me wanna listen to it pic.twitter.com/M2wIGQrpEV

"Why is that the same pitch and everything," commented another.

Why is that the same pitch and everything

Apparently, the similarity is nothing new — people have been tweeting about the phenomenon for over 10 years, as BuzzFeed pointed out.

When the coffee machine makes the same sound as the intro to Britney's Stronger ...😍

Not sure what the collective noun for Britney Spears fans is, but my coffee machine is certainly one of them...#Strongerpic.twitter.com/FuHEHuWybN

Whether it's an old or new phenomenon, one thing's for sure — the queen has certainly not lost her relevance as we enter a brand new decade. It's Britney Espresso, b***h.