Lindsay Lohan says she's returning to the U.S. in 2020 for a movie comeback 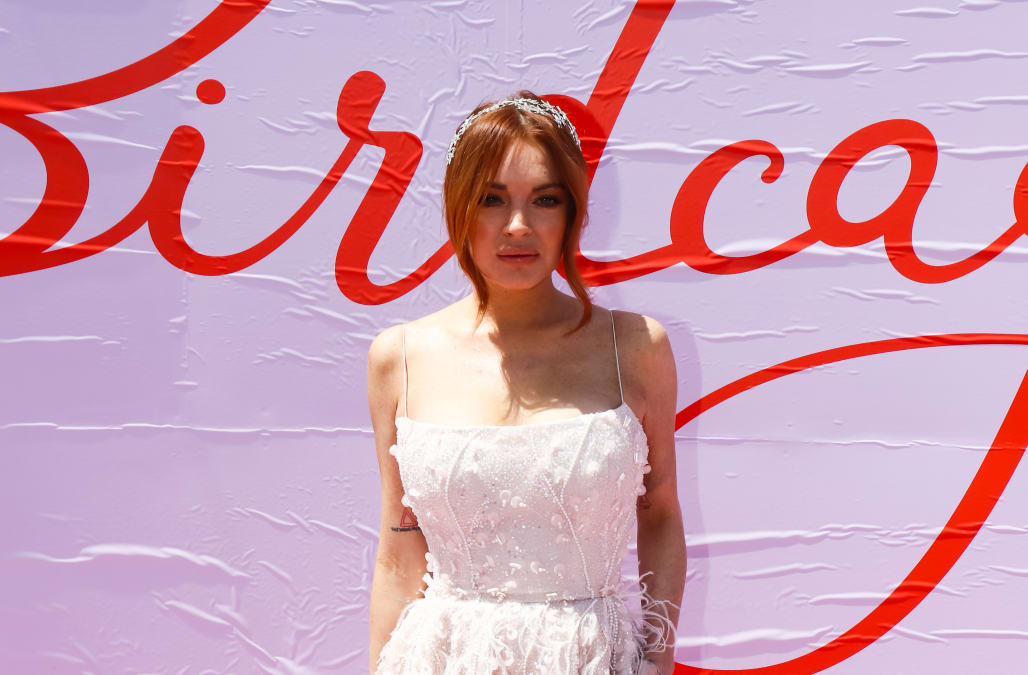 Lindsay Lohan has big plans for 2020.

In a New Year’s Eve interview with Andy Cohen and Anderson Cooper, Lohan said she expects to move back to the U.S. to spend the year reviving her work as an actor and singer.

“I’m managing my sister, so I want to really focus on me and everything that I can do in my life, and come back to America and start filming again, which I’m doing something soon in this new year,” said Lohan, who lives in Muscat, Oman. “And, you know, just taking back the life I’ve worked so hard for and sharing it with my family and you guys.”

.@lindsaylohan tells @andersoncooper and @Andy that she wants to spend 2020 “taking back the life that I worked so hard for and sharing it with my family and you guys.” #CNNNYEpic.twitter.com/dX8i0iBUjJ

Lohan’s most recent film credit was the 2019 Belgian-American thriller, “Among the Shadows.” She’s been active on the small screen as of late, hosting the short-lived reality series “Lindsay Lohan’s Beach Club” and serving as a judge on the Australian edition of “The Masked Singer.”

Simon Cowell and partner Lauren Silverman were photographed getting on a boat with their son, Eric, on Tuesday in Barbados.

Emily Blunt rocked a chic green ensemble for a private screening of "Mary Poppins Returns" at Feinstein's/54 Below thrown by Blake Lively and Ryan Reynolds on Thursday night.

Bruce Willis seemingly had to be escorted out of Annabel's after a night out on the town in London on Monday.

Lady Gaga clutched her National Board of Review award for best actress on Tuesday night after the awards show in NYC.

Tiffany Haddish and Melissa McCarthy were spotted on the set of "The Kitchen" in New York City on Thursday.

Blake Lively waved to paparazzi outside of Feinstein's/54 Below, where she and husband Ryan Reynolds hosted a private screening of pal Emily Blunt's "Mary Poppins Returns" on Thursday night.

Lindsay Lohan was all smiles in New York City on Tuesday night as she entered the premiere party for her new MTV reality show, "Lindsay Lohan's Beach Club."

Ryan Gosling kept his hat low as he left a business lunch in Los Angeles on Thursday carrying a script.

Ashley Graham couldn't be missed in the neon ensemble that she wore for an appearance on the "Today" show on Wednesday morning.

Gigi Hadid was spotted on the set of an upcoming photo shoot in downtown New York City on Friday.

Sarah Paulson rocked an electric Prada gown to the after-party for the premiere of her latest film, "Glass," in London on Wednesday night.

Cynthia Nixon and Rosie O'Donnell stepped out for the play "The Lifespan of A Fact" at Studio 54 on Thursday evening in NYC.

Michael B. Jordan was hounded by fans while stepping out in New York City on Thursday.

Maggie Rogers celebrated the release of her upcoming debut album, "Heard It In A Past Life," with Spotify alongside her biggest fans at Brookledge Theater on Saturday in Los Angeles.

Antonio Banderas and girlfriend Nicole Kimpel were spotted out and about in West Hollywood on Thursday night.

"Real Housewives of Beverly Hills" star Lisa Vanderpump posed with one of her dogs outside of "Good Morning America" on Monday in NYC.

Lady Gaga meant business as she stepped out in a floor-length trench in New York City on Wednesday.

Allison Williams posed in her monochromatic ensemble outside of BUILD Series in downtown New York City on Monday.

Maggie Gyllenhaal and husband Peter Sarsgaard smiled at paparazzi as they entered Cipriani for the 2019 National Board of Review Awards on Tuesday evening in NYC.

Lindsay Lohan posed for paparazzi outside of "Good Morning America" on Monday.

Model Irina Shayk was photographed exiting her car before entering the 2019 National Board of Review Awards on Tuesday night in NYC in support of her husband, Bradley Cooper.

James McAvoy was spotted walking into the after-party for the premiere of his latest film, "Glass," on Wednesday night in London.

A bundled Keira Knightley was spotted at Gare du Nord train station in Paris on Wednesday.

Nicole Kidman stepped out for a pre-Golden Globes party thrown by Audi and W Magazine in the Penthouse of the Chateau Marmont on Friday night.

Claire Foy kept it casual as she walked into the "Jimmy Kimmel Live!" set in Los Angeles on Thursday.

Gwyneth Paltrow was photographed leaving her hotel in SoHo on Wednesday rocking her winter whites.

Saoirse Ronan was spotted at LAX on Monday, the day after the Golden Globes.

Lucy Hale stepped out in a n:PHILANTHROPY Palmer Tee Bodysuit in New York City on Wednesday for a promo tour.

Larry King posed with one of his sons on Wednesday night in West Hollywood.

Elle Fanning was all smiles as she left the Bowery Hotel on Thursday in New York City.

Jenna Dewan is photographed arriving at the 6th annual Gold Meets Golden party hosted by Nicole Kidman and Nadia Comaneci at The House on Sunset on January 5, 2019 in Beverly Hills, California. PHOTOGRAPH BY P. Lehman / Barcroft Images (Photo credit should read John Rasimus / Barcroft Media via Getty Images)
Up Next

And, if all goes according to plan, 2020 will mark Lohan’s long-awaited return to music. In an interview on Australia’s “The Kris Fade Show” in August, she teased fans with a snippet of a new song titled “Xanax,” though a full recording has yet to be released.

When pressed by Cohen about the status of the song, Lohan replied, “Andy, you’re getting it after the new year.”

The “Mean Girls” star followed up the interview with an Instagram post thanking Cohen and Cooper, adding, “The future is bright!”

Lohan, who has lived in London and Dubai in recent years, has been in an uncharacteristically nostalgic mood.

Last month, she posted a throwback photo with Meryl Streep from a 2006 W Magazine interview to promote their film, “A Prairie Home Companion.”

More from HuffPost US:
People Are Here For Blue Ivy's Photoshoot With Megan Thee Stallion, Beyoncé
Lindsay Lohan Says She's Returning To The U.S. For A Hollywood Comeback In 2020
'A Quiet Place: Part II' Trailer Suggests Humans Are The Real Monsters