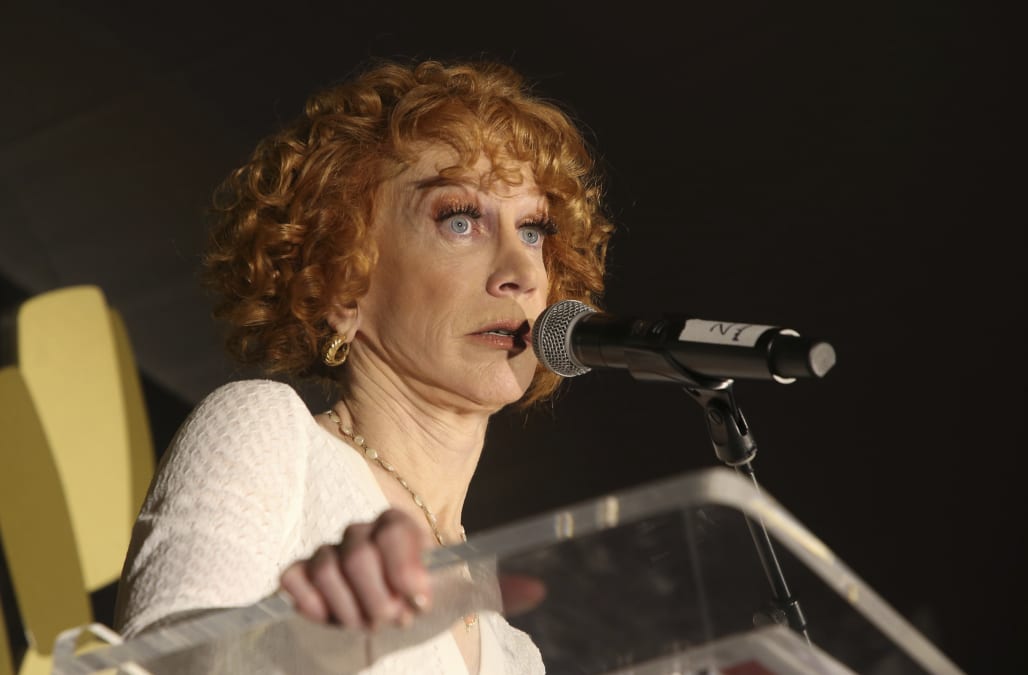 Kathy Griffin kicked off a new decade with a trip down the aisle.

In a short video posted to her Twitter and Instagram accounts on New Year’s Eve, the actor and comedian revealed that she and boyfriend Randy Bick were planning to marry.

Just hours later, Griffin followed up with a second post that included a 75-second clip of footage from the ceremony, which took place shortly after midnight on New Year’s Day.

The couple’s officiant was none other than Lily Tomlin.

The entire ceremony was just under 14 minutes but I have to give you guys the uncut first 75 seconds. LOVE IT! We promised you atypical. We are in love and we cannot stop laughing. Thank you @LilyTomlin and Jane Wagner!#HappyNewYearpic.twitter.com/O5vOss3TCD

“What was supposed to be a shallow, ‘toot it and boot it’ one-night stand has grown and flourished into something far more meaningful,” Tomlin cheekily quipped in the clip. “They stayed together. Then they couldn’t stay away from one another.”

Griffin wore a short-sleeved, sequined ivory gown for the occasion. She said the dress was actually the same one she’d worn for her first date with Bick, a marketing executive, back in 2011.

“I asked Randy to pick out which ever one of my long dresses was his favorite for any reason,” she wrote on Twitter. “He picked out this dress and showed me this photo. Romance is hotttt again.”

A) This was our first formal date in September 2011! We are in the back of a limo provided by the one only @GloriaEstefan because her team arranged for me to surprise her as a back up “dancer” when she performed at the Alma awards! pic.twitter.com/Z9kNaQHFpY

The former “My Life on the D-List” star gushed about Bick in a 2016 interview with People, calling her beau “very sweet and very mellow.”

“Well you know I didn’t think it would last [because] he’s 18 years younger than I am,” she said at the time. Though she initially thought Bick “was just a man-whore,” her assumptions were quickly proven wrong.

The pair briefly split in November 2018, but by April of last year, had resumed their relationship.

“We just came to the decision that, we’ve really been through so much together,” Griffin told Entertainment Tonight in an October 2019 interview. “We both turned to each other and realized, this is the longest relationship for both of us, you know? We should fight for it and make it work.”