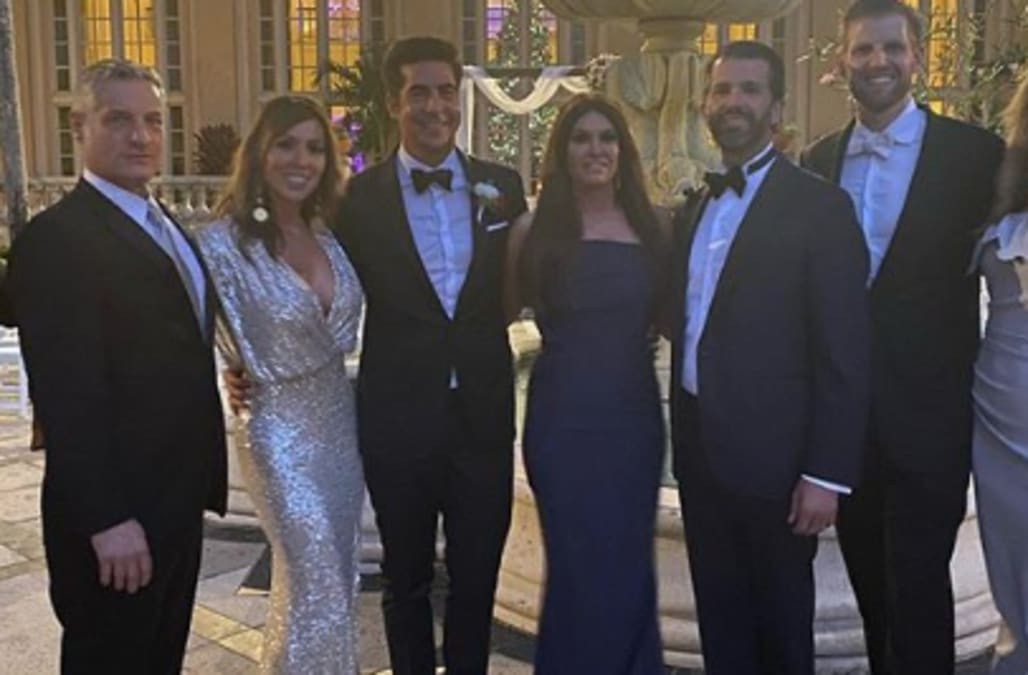 Fans were quick to jump on the "Real Housewives" star for aligning herself with members of the Trump family.

Beautiful wedding with an impressive guest list.. OBTW, I AM NOT AT ALL POLITICAL .. I love ❤️ everyone stay positive @positivebeverage . @kimberlyguilfoyle @donaldjtrumpjr @jessewatters @rickleventhal

"The trumps? Wtf kelly!!" one person commented, while others offered similar sentiments: "Nooooo not the trump’s. no no no."

"Well I always pulled for you .. until this pic.." another person commented. "No longer interested in OC."

"Ugh your a deplorable... was trying to like you but no," another Bravo fan wrote, while someone else proclaimed that Dodd's photo with the Trump brothers "just broke my heart."

The reactions weren't all negative, however. After noticing a lot of people calling Dodd out in the comments section, some fans came to her defense and urged people to see eye-to-eye, regardless of political stances.

"Why can't people just get along ! I'm pretty liberal & gay but a lot of my close friends a Republican!" one person wrote. "I would never cut them out of my life ! We just RESPECT each other's opinions! Team kelly !!!"

"Leave her alone. Let her live her life as she sees fit with the man she loves and is going to marry," another fan said. "Dems and Reps let’s just all try to get along!!"

"These remarks...gesh! It's just a wedding!" someone else offered. "But I LOVE it and ya'll look stunning!!"

Dodd also received some support from other "Real Housewives of Orange County" stars, past and present.

After seeing the divisive nature of the comments that her photo and caption elicited, Dodd altered her caption to read, "Beautiful wedding with an impressive guest list.. OBTW, I AM NOT AT ALL POLITICAL .. I love everyone stay positive."

Once word got around that she had changed her caption, critics took to the comments once again to condemn her for expecting fans to see past her association with the controversial first family.

"Can’t post a pic of a political family say you’re not political and not expect a reaction and comments to match," someone explained.

Kelly Dodd and Rick Leventhal got engaged in November and are expected to tie the knot in October 2020. She's been a cast member on "The Real Housewives of Orange County" for four seasons.

11 PHOTOS
Kelly Dodd out and about
See Gallery