Mark Hamill is fine with 'Star Wars' fans' gay love theory: 'What they do behind closed doors ...' 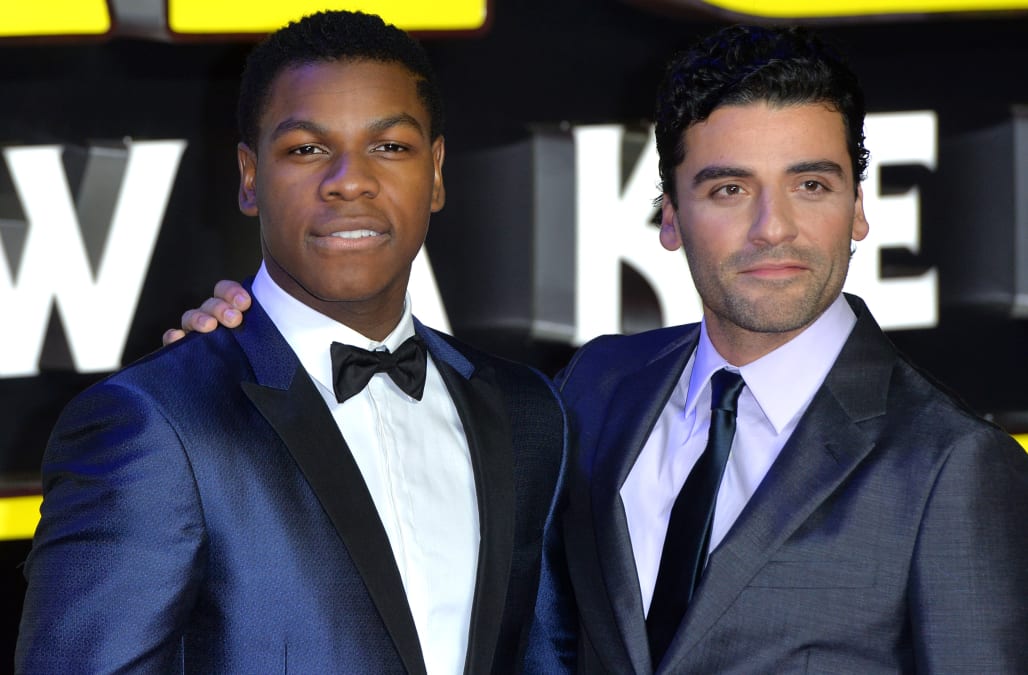 "Star Wars: The Rise of Skywalker" arguably went out of its way to prove that Finn and Poe are not in love, introducing two new female characters (including Russell's Zorri Bliss) to serve as stand-in romantic counterparts. Nice try, but people still have their doubts — and that includes Mark Hamill.

In response to a fan question about whether Finn (John Boyega) and Poe (Oscar Isaac) are secret lovers, Hamill, who stars as Luke Skywalker, simply said there's no way to know for sure.

"Luke never met either Finn or Poe," Hamill tweeted. "So what they do behind closed doors I guess I'll never know... But I would like to also note that love is love. Whatever floats your boat."

Hamill, a noted fan of innovative hashtags, closed out the message with "#LGBTerrific." The tweet quickly went viral, racking up more than 140,000 likes.

Luke never met either Finn or Poe
So what they do behind closed doors
I guess I'll never know...
But I would like to also note that love is love
Whatever floats your boat.#LGBTerrific 🌈 https://t.co/swT1F1UsOG

Hamill expressed a similar stance in 2016, when he told The Sun that fans often ask him if Luke Skywalker could be gay.

"It is meant to be interpreted by the viewer," he said. "If you think Luke is gay, of course he is. You should not be ashamed of it. Judge Luke by his character, not by who he loves."

Also on board with a potential love story were Finn and Poe themselves: Oscar Isaac has consistently asserted that he liked the idea of a romantic relationship between the two men.

"Personally, I kind of hoped and wished that maybe that would’ve been taken further in the other films, but I don’t have control,” Isaac told Variety. “It seemed like a natural progression, but sadly enough it’s a time when people are too afraid, I think, of — I don’t know what. But if they would’ve been boyfriends, that would have been fun."

In another interview, Isaac told IGN that his ideal storyline would have explored "the dynamic between these two men in a war that could've fallen in love with each other ... I would try to push it a bit in that direction, but the Disney overlords were not ready to do that."

Well, at least we still have the GIFs. And the admittedly overreaching fan analyses that accompany them.

they were about to be EXECUTED and poe TURNED TO FINN HE WANTED FINN TO BE THE LAST THING HE SAW pic.twitter.com/EWLy8Geend

More from Aol.com:
Ryan Reynolds says ‘Deadpool 3’ is in the works at Marvel
10 brand new originals that are coming to Disney+ in 2020
Jennifer Garner has the best response when someone calls her 'a movie star who makes no movies'
'Harry Potter' star Tom Felton shared a reunion photo with his Hogwarts 'classmates'
Unlike 'Avengers: Endgame,' 'The Rise of Skywalker' had no test screenings. Here's why that was a misstep