Madonna, 61, has been dating backup dancer Ahlamalik Williams, 25, for more than a year: 'Love has no age,' his dad says 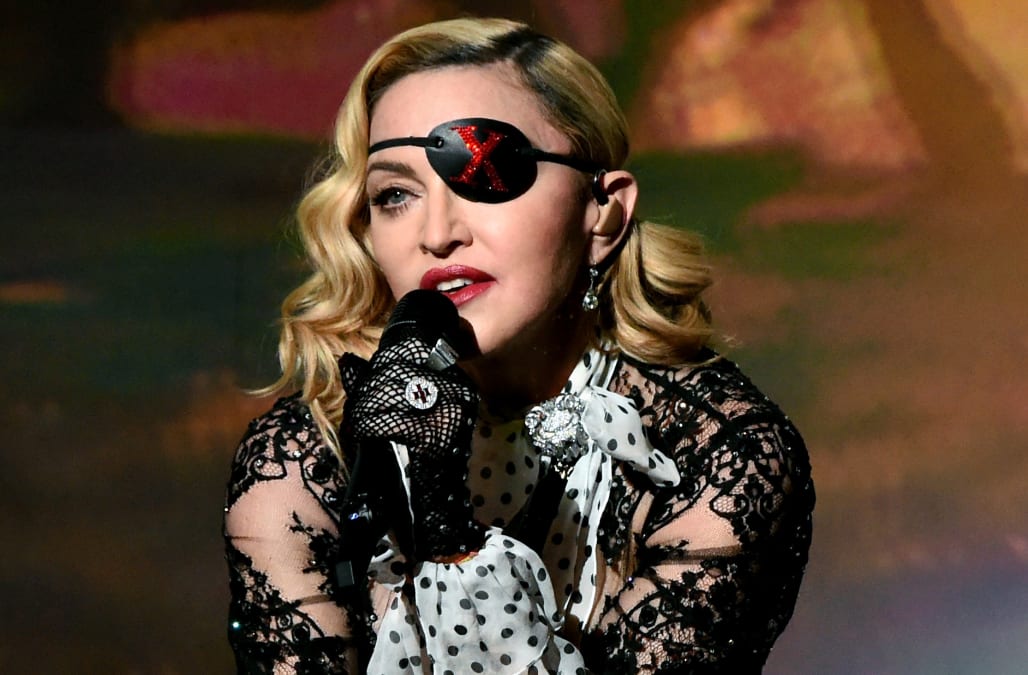 Her Madgesty is off the market! Madonna is apparently dating her backup dancer Ahlamalik Williams, who is 36 years her junior.

The 25-year-old’s father, Drue Williams, claimed to TMZ on Monday, December 30, that the couple have been together for more than a year. Drue also said that the Queen of Pop, 61, has dropped the L word.

“Love has no age,” he told the website. “My son is livin’ la vida loca, and I’m just happy for him.”

Madonna and Ahlamalik met in 2015 when he auditioned for her Rebel Heart tour. He has been one of her backup dancers ever since, and they are currently in the midst of her Madame X tour.

TMZ reported that the “Like a Virgin” singer met Ahlamalik’s parents in New York City in September after one of her concerts at the Brooklyn Academy of Music’s Howard Gilman Opera House. Two months later, she extended an invitation to a show at The Colosseum at Caesars Palace in Las Vegas — and then reportedly invited Ahlamalik and his parents to her hotel suite for a dinner cooked by her personal chef.

Drue told the site that Madonna also invited him and his wife to her 2020 concerts in London and Paris.

The seven-time Grammy winner and Ahlamalik fueled romance rumors earlier this month after they got cozy in Miami. They were spotted getting off a private jet together before heading to a nearby hotel, where he wrapped his arm around her waist.

Ahlamalik has also been a fixture on Madonna’s Instagram page. In June, she uploaded a video of them dancing all over each other and drinking champagne while celebrating her album Madame X going No. 1.

Madonna's Style Transformation
Madonna practices with the freshman cheerleaders at Adams High School in 1972 in Rochester, Michigan.
Madonna in the late '70s -- she had recently moved to New York City to study dance.
Madonna smolders at the camera with her intensely-lined eyes.
The epitome of an '80s girl: Madonna performing on stage.
Madonna attended the 12th Annual American Music Awards with bold blonde hair and a rocker-chic outfit.
Sporting a shorter and darker 'do, Madonna performed at the Live Aid Concert in the summer of '85.
Madonna pulls off the blonde hair, dark brows look at the 14th Annual American Music Awards.
Madonna performs during the Blonde Ambition Tour.
A short blonde crop and lots of black, Madonna walks through NYC in a shiny trench with fishnet detailing.
The superstar wore a daring bodysuit to the premiere of "Madonna: Truth or Dare," and we must say she totally pulled it off!
Madonna out and about in NYC, wearing an embellished leather moto jacket.
Madonna attended the "With Honors" premiere in a brightly colored crop top and long skirt.
For MTV's "Madonna's Bedtime Story Pajama Party," Madonna rocked a leopard print coat -- or perhaps a robe...?
Madonna attended the L.A. premiere of "Evita," wearing an ombre dress with feathers, flowers, fishnets... a LOT going on.
Madonna looked stunning at the Golden Globes, wearing this simple black gown and disheveled hair.
For the 1998 VH1 Vogue Fashion Awards, Madonna seemed to channel Belle from Beauty and the Beast ... if a more gothic version.
Madonna attended 9th Annual Fire and Ice Ball in a sliced lace dress with feather detailing along the bottom.
Perfectly put-together, Madonna looked classic in a long white peacoat for a book launch party.
Back to her bold self! Madonna attended the MTV European Music Awards wearing a lot of purple and fishnets.
Madonna wore a pink cocktail dress to the 2006 Vanity Fair Oscar Party.
At the following year's Vanity Fair Oscar Party, Madonna stunned in a black dress by Dolce & Gabbana.
It's a little sheer but a lot fabulous: Madonna's pretty black dress is a win in our book.
At the amfAR's Cinema Against AIDS 2008 benefit, Madonna rocked a coral long-sleeved satin dress.
Guy Ritchie and Madonna attended the "RocknRolla" world premiere, Madonna wearing a black dress with embellishments.
Madonna attended a screening of "Filth and Wisdom" hosted by The Cinema Society and Dolce and Gabbana.
Madonna shows off her toned arms at the Vanity Fair Oscar Party.
Madonna at the "The Model as Muse: Embodying Fashion" Costume Institute Gala. We have no words for that headdress...
Madonna and Lourdes Leon attend the "Material Girl" collection launch in NYC.
Madonna arrives at the Vanity Fair Oscar Party, wearing a very sheer lace skirt over a bodysuit.
Madonna attends the "Alexander McQueen: Savage Beauty" Costume Institute Gala in an intricate dress with star detailing.
Madonna looks pretty in navy and black with a keyhole cutout, but we'd like her to ditch the fishnets.
Madonna wore this black and grey dress to a premiere of "W.E." and left us wondering... who got tulle-happy on her shoulders?
Madonna poses backstage at the 24th Annual GLAAD Media Awards, dressed like a boy scout.
More fishnets for the Billboard Music Awards -- this lady loves bold fashion choices!
Up Next

More from Us Magazine:
Miley Cyrus, Liam Hemsworth reach agreement in divorce settlement
Channing Tatum and Jessie J split after more than 1 year together
Lisa Rinna’s husband Harry Hamlin says he has a divorce lawyer on 'speed dial' because of all the 'Real Housewives' splits