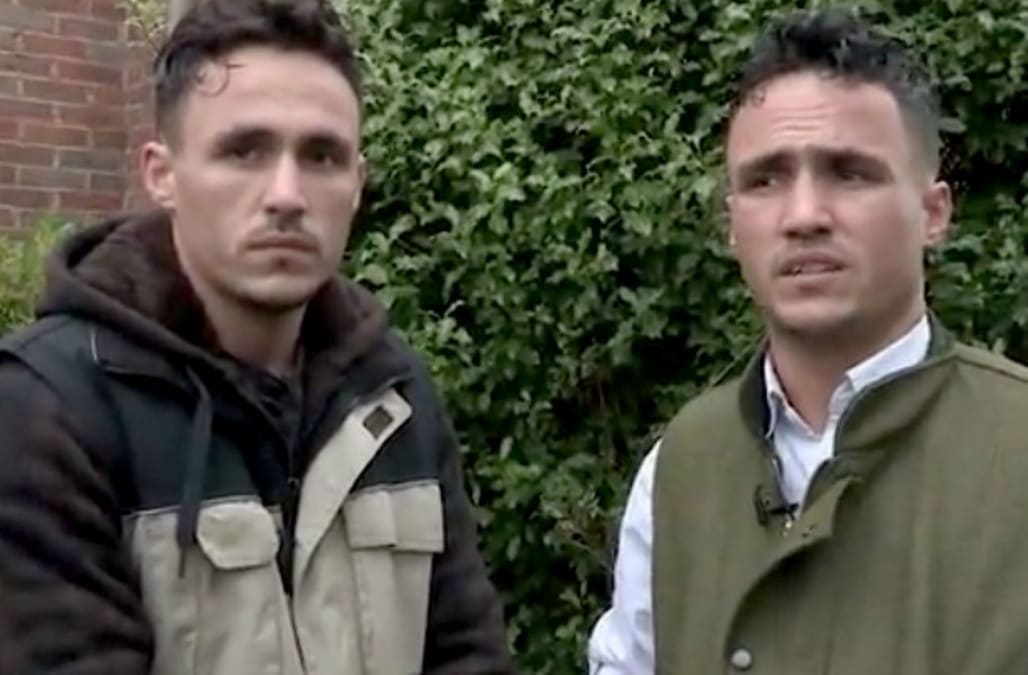 Twins Bill and Joe Smith, who appeared on the British reality series “My Big Fat Gypsy Wedding,” were found dead Saturday in a Sevenoaks, Kent, England, home. They were 32.

Police say “the incident is not being treated as suspicious” and an investigation is underway. TMZ, however, reports that the deaths appear to be an apparent joint suicide by hanging.

The twins joined Season 3 of “My Big Fat Gypsy Wedding” when they were 24 years old and worked as gardeners. The British hit ran from 2011 to 2015 and followed the travels of Irish families. 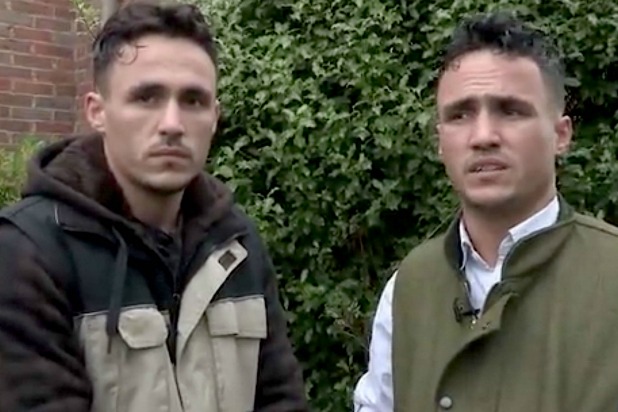 Bill Smith’s partner, Kristina Delaney, wrote in a Facebook post that learning of his death was the “hardest day” of her life.

“RIP my perfect bill you were so pure so lovely. You made me the happiest girl. Did everything for me showed me love i never had,” she wrote. “I wish I could have done more for you both I do may you both get the best beds in heaven. Bill please please please be happy now.”

“Celebrity Big Brother” winner Paddy Doherty posted his condolences to the “boys” on Facebook and confirmed the news.

“RIP PLEASE PRAY FOR THESE TWO DEAR SOULS God rest rest [sic] them in peace,” he wrote. “It’s a terrible, terrible tragedy,” he added in a video post. “I’m very sorry for their troubles from the bottom of my heart. May God look after them, may God have mercy on them, they are two angels, harmless, they were unbelievable.”

A Facebook tribute page has been set up in honor of the Smith twins.