Jennifer Aniston shares sweet childhood throwback pic with her soap star dad: 'Christmas with one of my creators' 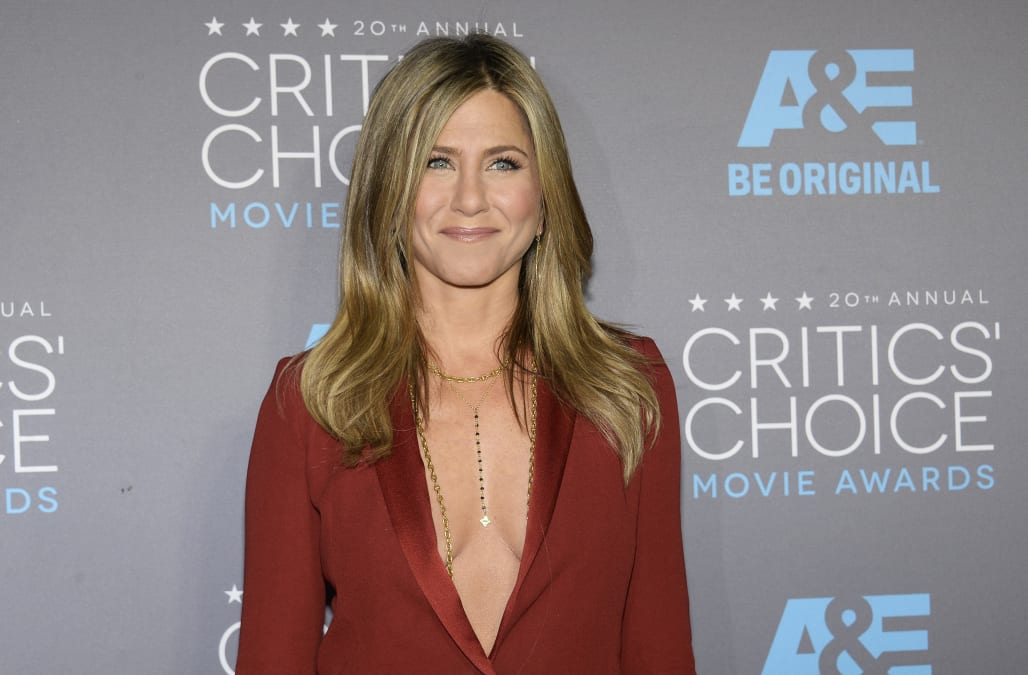 Jennifer Aniston went pretty far back for #ThrowbackThursday this week.

The 50-year-old star may have been feeling nostalgic after Christmas, as she treated her Instagram followers to a sweet throwback pic from her childhood. The black-and-white photo sees Aniston as a pre-Rachel little girl rocking bangs and posing with her dad, whom soap opera fans will recognize as actor John Aniston of Days of Our Lives fame.

Christmas with one of my creators. Then and now #TBT Love you, papa ❤️

Born Yiannis Anastasakis in Crete, the 86-year-old Aniston patriarch has played Victor Kiriakis on Days of Our Lives — yes, the same show which starred a certain Joey Tribbiani — since 1985.

Aniston included a more recent photo of her and her father, writing, “Christmas with one of my creators.
Then and now. Love you, Papa.”

She’s not alone. While the post had plenty of fans gushing about “baby Jen,” many commenters had just one word to share: “Victor!”

“We all love Mr. Kiriakis,” read one comment, while another fan added “Love Victor.”

“I grew up watching your father on Days of Our Lives,” read another response.

The elder Aniston was married to the Friends star’s mother, Nancy Dow, until 1980. He and second wife Sherry Rooney Aniston have a son named Alexander.