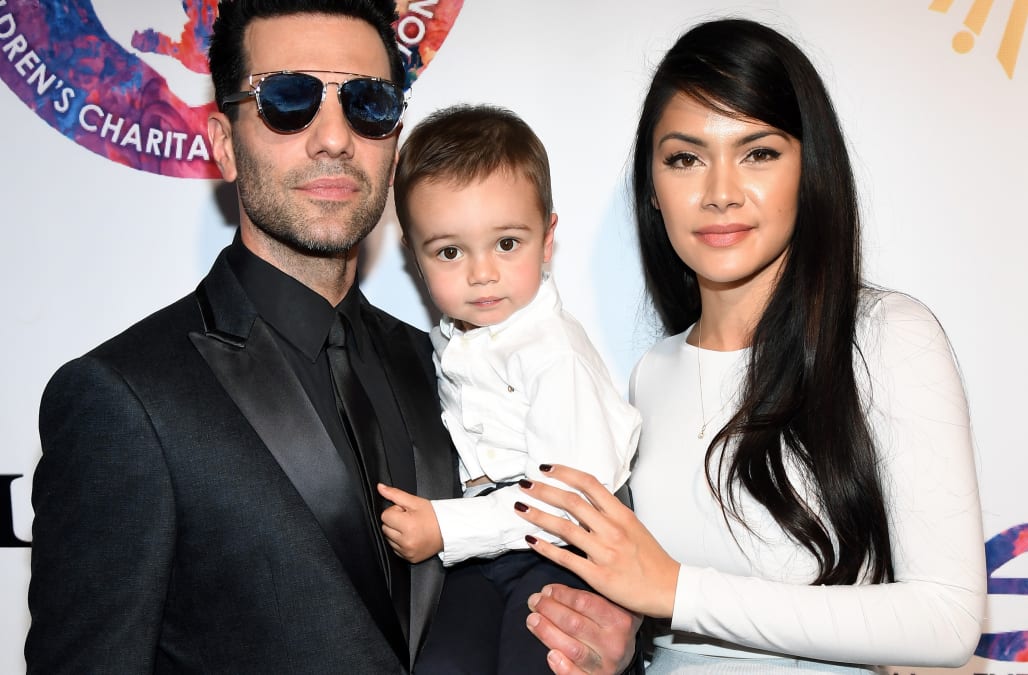 Criss Angel spent the day after Christmas in the hospital with his son, Johnny, who had to undergo chemotherapy. The 52-year-old magician and illusionist shared photos of him with his son on Thursday writing it was "a long day."

Back today for a long day of chemo... @cure4thekids

The Mindfreak performer also posted a photo of Johnny hooked up to machines on his Instagram story, writing, "Sad! ANGRY! But we WILL get through this."

Angel's partner, Shaunyl Benson, posted photos of Johnny in the hospital Thursday and shared some devastating facts about childhood cancer.

"Every 2 minutes a child is diagnosed with cancer. 1 in 5 of those children will not make it. THIS is our son Johnny Crisstopher @crissangel he has battled for 3 years and has another 3 to go," she wrote.

THIS is childhood cancer. THIS is happening right now. Every 2 minutes a child is diagnosed with cancer. 1 in 5 of those children will not make it. THIS is our son Johnny Crisstopher @crissangel he has battled for 3 years and has another 3 to go. He is only 5 years old. THIS has been his normal since he was 18 months old. Today he doesn’t even want to smile because the medications make him sad and angry. It’s the day after Christmas and our day started early for a long round of chemo. Instead of planning our next year at school, we are planning our next hospital stay. THIS is happening right now. 🎗 #relapse #leukemia #childhoodcancer

In 2015, Johnny was diagnosed with a rare form of leukemia when he was just 21 months old. Johnny initially went into remission in June 2016, but Angel revealed earlier this month his son's cancer returned. In a statement, Angel said he and Benson "are devastated by this unexpected news," but that they remain hopeful.

"We have recently had confirmation that our 5-year-old son Johnny Crisstopher has relapsed with ALL (acute lymphoblastic leukemia). While we are devastated by this unexpected news, we believe that he will be in remission again soon," Angel told Entertainment Tonight. "We have great faith and hope for his treatment at both Summerlin Hospital and Cure 4 the Kids Foundation with Dr. Alan Ikeda, who has been treating Johnny Crisstopher in Nevada. He is an amazingly strong little boy, and with the support of family, friends, and my loyal fans we look forward to the day he is again in remission."

Angel noted how he plans to help other families who are dealing with similar struggles.

"This setback only continues my commitment to raising awareness and funds for pediatric cancer research and treatment," he continued. "We are working on a huge event for next year in support of our foundation, The Johnny Crisstopher Children’s Charitable Foundation, and will announce more details about it as things are confirmed. We want to thank you all for the outpouring of love, good thoughts and prayers for our amazing boy."

More from Yahoo Celebrity:
Jennifer Aniston shares sweet childhood throwback pic with her soap star dad: 'Christmas with one of my creators'
Lizzo fires back after critic says her popularity is due to 'obesity epidemic in America,' compares her to a slave
Armie Hammer, Sofia Richie and more stars slammed for Saudi Arabia trip: 'F****** sellout'