Allee Willis, 'September' and 'I’ll Be There for You’ songwriter, dies at 72 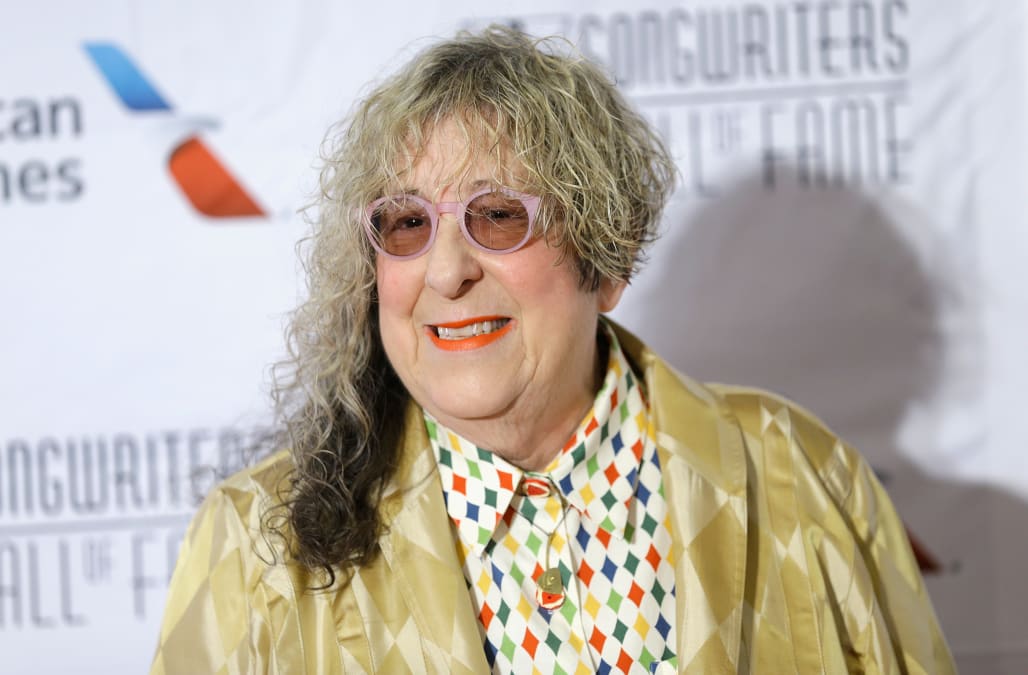 Songwriter Allee Willis, famous for her work with Earth, Wind & Fire as well as the “Friends” theme and the “Color Purple” Broadway song score, died Tuesday in Los Angeles at 72. The cause of death was cardiac arrest.

Prudence Fenton, the animator and producer who has been described as Willis’ soulmate, was said to be “in total shock” over her partner’s sudden death, which occurred at 6:05 p.m.

Willis was inducted into the Songwriters Hall of Fame in 2018 for a catalog that also included hits like the Pointer Sisters’ “Neutron Dance,” the Pet Shop Boys’ and Dusty Springfield’s “What Have I Done to Deserve This?,” Patti LaBelle’s “Lead Me On,” EWF’s “Boogie Wonderland” and the theme from “The Karate Kid,” “You’re the Best.”

“I, very thankfully, have a few songs that will not go away,” Willis told the New York Times, “but they’re schlepping along 900 others.”

Willis had been working with rapper Big Sean, at her home for the last few months. The intergenerational Detroit natives had met at Motown’s 60th-anniversary celebration.

The Times profile tied to her Songwriters Hall of Fame induction called her “a queen of kitsch who made the whole world sing.”

Willis was legendary in Los Angeles for her outlandishly retro style sense, in her outfits but especially her home, the pink, legendarily kitchsy 1937 Streamline Moderne L.A. house known as “Willisville.” The home was recently the setting for a photo shoot for Variety‘s Billie Eilish cover.

Related: Net worth of "Friends" cast

She was also a visual and social artist, painter, director, collector of odd artifacts and memorabilia, and a stand-up comedian and performance artist.

Among her many awards, Willis was a two-time Grammy winner — for “The Color Purple” as best musical theater album in 2016, and her contribution to the “Beverly Hills Cop” soundtrack two decades earlier — and was nominated for a Tony (for “Color Purple”) and Emmy (for the “Friends” theme).

Her most fruitful collaboration, with Earth, Wind & Fire, began in 1978 after Patti LaBelle and Herbie Hancock recommended her to Verdine White, who, she said, called her up and said, “I want you to come write the next Earth, Wind & Fire album.” The next day, she said, she met up with him and co-wrote the enduring smash “September,” the first of several hits she co-wrote with or for the band, which later included “Boogie Wonderland.”

“I’m someone that absolutely loves writing very joyful music,” she told Songfacts in 2008.  “And with everything else I’ve ever written, [“September” is] still that song that when people found out I’d written that, they just go, ‘Oh my God,’ and then tell me in some form how happy that song makes them every time they hear it. For me, that’s it. … I literally have never been to a wedding, a bar mitzvah, anything, where I have not heard that song play. So I know it’s carrying on and doing what it was meant to do.” As for the significance of the Sept. 21 date singled out in the song, she said there was none. “I would say the main lesson I learned from Earth, Wind & Fire, especially Maurice White, was never let a lyric get in the way of a groove.”

Of EWF, she added, “They were my favorite group, and remain so. I cowrote all but two of the songs on the next album, ‘I Am,’ which was the album that really crossed them over to a white audience.” The group’s African American fans were sometimes surprised to find that “September” and other iconic black hits were partly the creation of a “nice Jewish girl.”

Willis wrote “I’ll Be There for You” on assignment as a 60-second theme song for “Friends.” When the Rembrandts came on board, they wanted to expand it into a complete song, so contributed a bridge and a lyric for the second verse for the full-length version.

“It was the last thing I ever thought would be a hit, the whitest song I ever wrote,” she told Songfacts. “I’m very, very grateful for it, and when they were promoting ‘The Color Purple,’ all of these newspaper reviews… I mean, here I’ve written for Earth, Wind & Fire, I’ve written with James Brown, and the only song they would ever mention that I wrote is this ‘Friends’ theme. Could any song prepare you less to write ‘The Color Purple’? But I actually loved it, because it’s that incongruity that I cherish the most in what I do.”

Willis grew up in Detroit, where, she told the New York Times, she would sit on the lawn of Motown’s headquarters and study what she heard coming through the walls. In the 1970s, she recorded her lone album, “Childstar,” which helped introduce her as a songwriter to other singers of the era.

Her vocation later in life was raconteur as much as songwriter.

“I’m a serious party thrower,” she told the Times. “I’ll tell you, that’s my No. 1 skill. I always had a music career, an art career, set designer, film and video, technology. The parties really became the only place I could combine everything.”