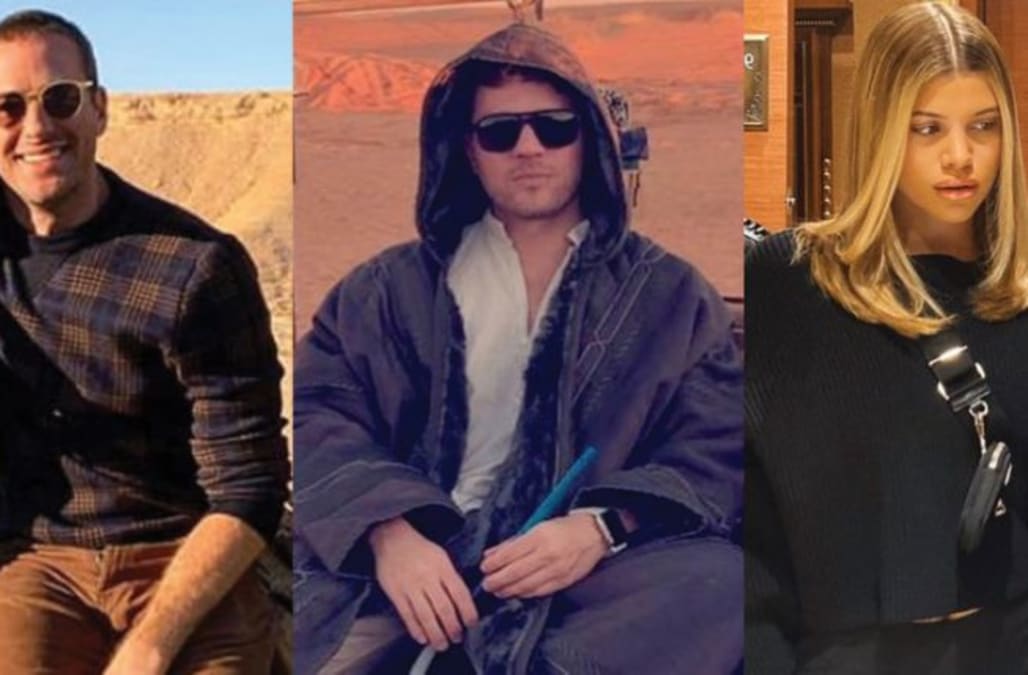 Actors, models and influencers flocked to Saudi Arabia over the weekend for an all-expenses-paid trip to promote MDL Beast, an electronic music festival held in Riyadh, and it's not sitting well with fans and fellow celebrities.

Ryan Phillippe, Armie Hammer, Sofia Richie, Scott Disick, Irina Shayk, Winnie Harlow and Ed Westwick are just a few of the notable names facing backlash for visiting the country, which is known for its major human rights violations. Saudi Arabia is reportedly attempting to improve its reputation and increase tourism, one year after the murder of Saudi journalist and Washington Post contributor Jamal Khashoggi.

Many of the stars are trying to put a positive spin on the trip amid widespread criticism.

"What I just witnessed was truly special," Hammer wrote. "I saw Saudi men and women ecstatic about an event that they never thought they would ever see in their lifetimes… it felt like a cultural shift. A change."

Hope it was worth it @armiehammer

Did you find Jamal Khashoggi’s body while you were there? pic.twitter.com/flmkSEYSuJ

Ali also claimed "a major film/tv star" told him she and her husband were offered a substantial amount of money to attend — with the sum being 8 figures.

3. Love how @EdWestwick tries to justify his Saudi government sponsored trip by mentioning UNICEF in his Instagram caption pic.twitter.com/HfGXnItxVW

"It is very important to me to make clear my support for the rights of women, the LGBTQ community, freedom of expression, and the right to a free press. I hope coming forward on this brings more attention to the injustices happening there," Ratajkowski revealed.

Model Martha Hunt also declined the trip. "I stand in solidarity with the repressed people of Saudi Arabia and refused to be used as a campaign to cover up those suffering from injustice," she wrote.

While model Teddy Quinlivan called any celeb or influencer that attended "a f****** sellout" on her Instagram story.

"If you're been thinking you're seeing a lot of influencers in Saudi Arabia you're not wrong," she wrote. "The Saudi Arabian Government is paying influencers to positively promote travel and events in Saudi Arabia. To save face after the brutal assassination of Journalis[t] Jamal Kashoggi."

Many stars and influencers who attended — like Richie and Disick — have stayed quiet on social media in wake of the backlash. However, Ryan Phillippe aggressively fired back at people who criticized him on Instagram.

"Things are changing, hopefully you do too s***head," he wrote to one person.

"It's changing moron. Have you been? I'd love to take any woman important to me. F*** off," he added to another.

He replied to someone else: "1st of all I'm traveling many places in the mid east. 2nd, find me a country without issues, i'll wait. 3rd things are changing and progressing rapidly in KSA and the people are lovely. pay better attention and quit virtue signalling princess."

so many dumb non ideas and annoying parroted statements having to do with politics and other group think opinions. it’s tiresome, predictable, preachy, and pious.

Karen Attiah, a Washington Post reporter and colleague of Khashoggi's, condemned the "western celebs" who attended the festival and shared a list of people who went on the trip.

Here are names of western celebs and influencers that the regime paid this weekend to post feel-good IG photos of concerts in Riyadh. @MDLBeast

All of this is blood money. #JamalKhashoggipic.twitter.com/fHVtknue0X

"The regime has been working overtime and spending billions to try to rehabilitate its image, partly by using western influencers," she tweeted, adding, "What good is your platform if you overlook Saudi regime’s murder and torture for a few bucks? These influencers are just for-hire human billboards."

The social changes in Saudi Arabia are indeed remarkable.

Jamal khashoggi was supportive of the changes. Until regime agents killed him.

Now the regime has been working overtime and spending billions to try to rehabilitate its image, partly by using western influencers.

The dark side of influencer culture is that it really is the ultimate expression of capitalism.

What good is your platform if you overlook Saudi regime’s murder and torture for a few bucks?

The timing of the trip is certainly interesting. On Monday, five men were sentenced to death for their supposed roles in Khashoggi's death; however, the CIA concluded Saudi Crown Prince Mohammed bin Salman ordered his assassination.