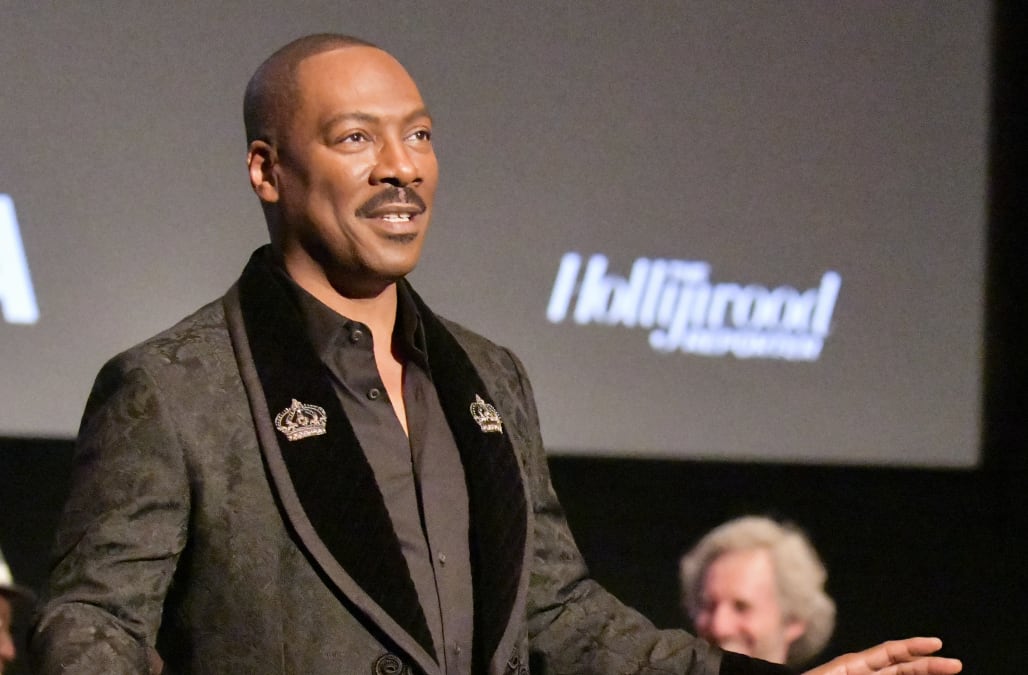 Eddie Murphy returned toSaturday Night Live after a 35 year absence on Saturday and decided to take a swipe at Bill Cosby during his opening monologue. Cosby, who is currently in prison after being found guilty of aggravated indecent assault in 2018, always disliked Murphy's comedy due to the younger comic's use of profanity.

Murphy began his monologue by talking about how much things had changed for him personally since joining the SNL cast in 1980. Most notably, Murphy said his tenth child was born last year.

"My kids are pretty much my whole life now, but if you would have told me 30 years ago that I would be this boring, stay-at-home house dad and Bill Cosby would be in jail, even I would have taken that bet," Murphy said, before launching into a Cosby impression.

"Who is America's Dad, now?" he asked in a parody of the disgraced comedian's cadence.

"It is sad that Mr. Murphy would take this glorious moment of returning to SNL and make disparaging remarks against Mr. Cosby," Andrew Wyatt, Cosby's PR representative said in a statement Sunday. "One would think that Mr. Murphy was given his freedom to leave the plantation, so that he could make his own decisions; but he decided to sell himself back to being a Hollywood Slave. Stepin Fetchit plus cooning equals the destruction of Black Men in Hollywood. Remember, Mr. Murphy, that Bill Cosby became legendary because he used comedy to humanize all races, religions and genders; but your attacking Mr. Cosby helps you embark on just becoming click bait. Hopefully, you will be amenable to having a meeting of the minds conversation, in order to discuss how we can use our collective platforms to enhance Black people rather than bringing all of us down together."

The animosity between the two men goes back to 1980s when, as Murphy explains in his 1987 Raw special, Cosby called him up to complain about his act.

"I've been a big fan of Bill Cosby all my life. Never met the man before, but he called me up about a year ago and chastised me on the phone for being too dirty on stage," Murphy said. "And it was real weird because I had never met him and he just thought he should call me up, because he's Bill, and he should tell me what comedy is all about."

Murphy appeared briefly during SNL's 40th anniversary show in 2015 — not long after numerous accusations against Cosby of sexual misconduct were brought to light  —  but told no jokes and simply thanked the crowd. It was later revealed that Murphy was originally going to play Cosby in a sketch written by Norm McDonald, but Murphy backed out at the last minute.

"It's horrible," Murphy told The Washington Post. "There's nothing funny about it. If you get up there and you crack jokes about him, you're just hurting people. You're hurting him. You're hurting his accusers. I was like, 'Hey, I'm coming back to SNL for the anniversary, I'm not turning my moment on the show into this other thing.'"