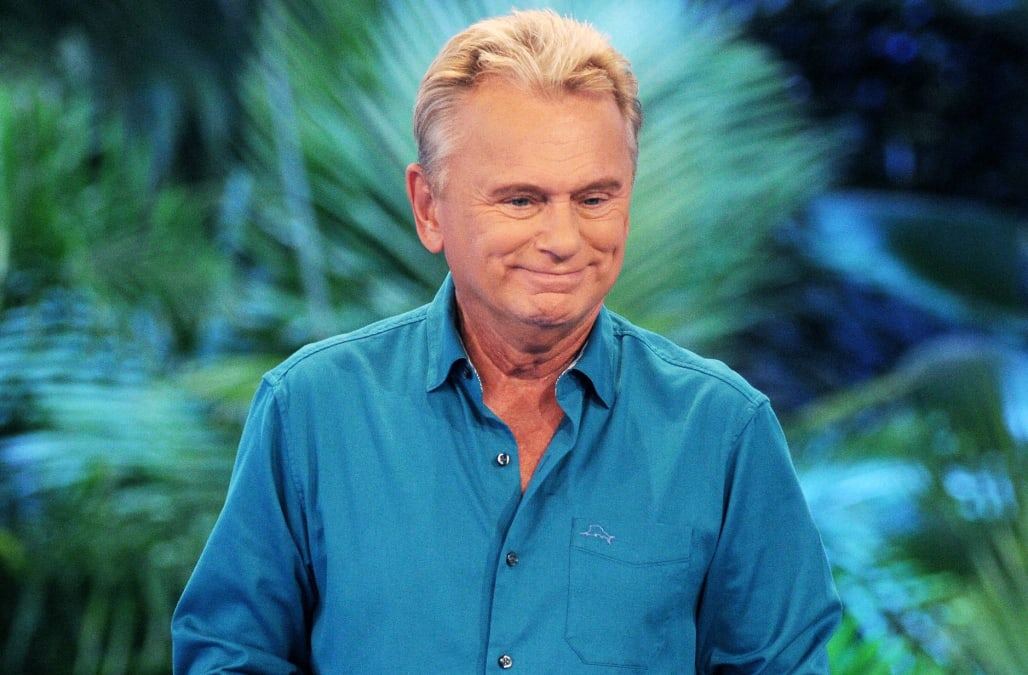 In a taped interview that aired on Friday's episode of Good Morning America, the 73-year-old game show host revealed that he'll likely depart the series within the next few years.

"I'm not getting any younger. A couple of years," he said of how much longer he thinks he'll host the show. "You know what I'm really sensitive about? I'd rather leave a couple years too early than a couple years too late... I don't have a date in mind, but two, three [years], something like that."

Sajak's reveal came just over a month after he underwent emergency surgery for a blocked intestine. He began to feel "excruciating" pain following a walk with his 24-year-old daughter, Maggie. Sajak and his wife, Lesly Brown, also share a 29-year-old son, Patrick.

"My daughter Maggie and I, we took a walk in the morning as we traditionally do early. And I came home ready to get ready to go to work. And suddenly I had this horrific pain in my stomach. And obviously didn't know what it [was], but within two and a half hours, I was in surgery," he recalled. "I mean it was that quick and that intense...You couldn't do anything. I was in the fetal position, lying on the bed."

"So they try to give you various drugs for the pain. And none of it -- none -- was working. And then they gave me something, I couldn't even tell you the name of it, but suddenly, I wasn't thinking about the pain. I just had these beautiful pastels and lovely faces coming out of it," he continued.

While in that state, Sajak heard his wife and daughter talking next to him, but, because "it sounded like they were a mile off," he thought he was near death.

"I remember thinking, not in a morbid way, 'I think this must be death. This must be what death is like,'" he said. "And all I thought of, hearing their voices, I thought, 'Boy, their lives are gonna change now.' And I felt badly for them. I didn't feel badly about dying. I felt badly that they were gonna have to deal with the aftermath."

"As it turned out, I was just high," he joked, adding, "... It's an odd thing when you're in that moment. I wasn't heartbroken about it. I wasn't devastated by it, I just felt badly for those around me whose lives, I thought, were going to change rather dramatically."

Following the "completely successful" surgery, though, Sajak is feeling better than ever.

"They're kinda at a loss to know exactly why it happened, but there's no after effect. There's no underlying medical issue. I don't have to change anything about my life," he said. "I'm as good or bad as new, and that's great. I still have my wits about me. They didn't remove that, so I'll be selling vowels for a long time."

"... I'm feelin' great. I've actually felt ridiculously good for several weeks," he added. "I've been back in the studio actually, doing shows. Even spinning the wheel and, you know, nothing has popped. So I think it's OK."

While he's back at work now, Sajak did have to miss filming for a bit while recovering.

"In nearly 40 years I've never missed a taping, so it was very strange. It felt really bizarre to know that that stuff was going on without me. And going on well without me. That really was troubling," he quipped.

In his absence, Vanna White stepped in to host the show, something that Sajak commended her for.

"What a trooper. And I'm not being condescending in any way 'cause it would've been well within her rights to say, 'Wait a minute, this is not what you're paying me for and this is not what I do and I'd rather not.' But she's a team player," he said. "And she was very nervous and not comfortable... She did a great job."

While Sajak was more than pleased with White's work, he advised her not to check social media after filling in as the host.

"First thing I said to her, I said, 'Do not go on social media because there are going to be people who are jerks and they're going to say nasty things because they can, because they can communicate with you directly, they can be anonymous,'" he recalled. "I don't understand why people have to be so nasty. She's out there doing her best. She didn't ask to be put in that position."

Despite not asking for the job, White took on the role so well that Sajak joked it made him "a little nervous."

"When I went back [to] taping last week she brought in some homemade cupcakes and I did have someone else taste mine first before I ate it. Just to know. I don't think she would do anything to me," he said.

Now back at work, Sajak has recently been reflecting on the show's legacy and impact.

"I'm not a young man and I've still been doing it over half my life. As I get older... I now appreciate more than ever what this show means. I don't mean to make too much of it, it's a game show, I understand. But it's very evocative," he said. "People identify the show with raising families, with watching it with their grandmother. People come up to me almost every day and say, 'I just lost my grandmother and my fondest memory was sitting with her, watching your show,' or, 'My kids learned the alphabet from your show.'"

More from ET Online:
Meghan McCain and Whoopi Goldberg talk out their differences on 'The View': 'We fight like we're family'
Twitter reacts after Steve Harvey makes cartel joke to Miss Colombia at 2019 Miss Universe pageant
'Gossip Girl' boss on creating a 'Marvel'-like universe with reboot: All the new details (Exclusive)