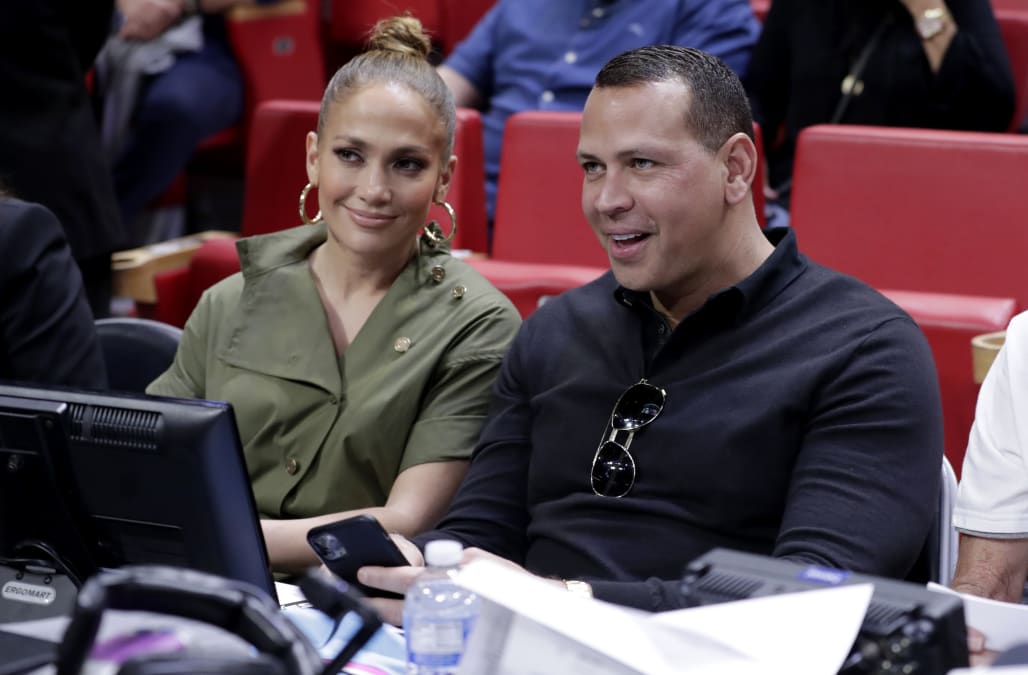 Jennifer Lopez rubs elbows with a lot of famous people, but it’s Ruth Bader Ginsburg who recently made a lasting impression. The superstar sat down for an interview with Tony Dokoupil for CBS Sunday Morning and revealed she and her fiancé, Alex Rodriguez, received marriage advice from the Supreme Court associate justice.

Ginsburg, who was married to tax attorney Marty Ginsburg for more than 50 years, shared with J-Rod some advice about how to make love last.

But that wasn't all.

"She's like, 'An unkind word, people are not perfect. Sometimes, you know, you just have to let it go,'" Lopez continued. "[And] often Alex and I will now reference, like, RBG — like, stay calm, stay calm. You know, that's the superpower. When everything gets crazy or people get out of control when there's, like, heightened emotions, don't go there with people. Just stay calm."

The Hustlers star also discussed how being "on the hamster wheel with work at times" impacted her relationships. Lopez has had a string of high-profile romances including Diddy, Ben Affleck and ex-husband Marc Anthony.

"And I was in relationships that were tough for me and weren't the right thing, but that had nothing to do with the people I was with," she explained. "It had more to do with myself."

Rodriguez and Lopez got engaged earlier this year after two years of dating. Somehow, they are planning a wedding amid their hectic work schedules. Lopez recently earned Screen Actors Guild and Golden Globe Award nominations for her supporting role in Hustlers and is generating Oscar buzz. She's also preparing for the Super Bowl halftime show in Miami on Feb. 2, one week before the Oscars.

"It's like winning the Oscar! It's the biggest show that there is," Lopez said. "It's just a fantasy for all musical artists... to have that 12 minutes of an amazing show. There's just something exhilarating about it."

Lopez noted she and Shakira are rehearsing separately but will do "something together" on the big night. As for whether it will be a duet, Lopez said she doesn't know yet.

"We both just started kind of rehearsing our own songs for right now," she explained, confirming there will be a "combination" of English and Spanish in their performances. "We're both Latin artists, we bring that flavor."

Lopez's interview will air on CBS on Dec. 22.

More from Yahoo Celebrity:
Justin Timberlake returns to set with Alisha Wainwright after PDA pics emerge
Demi Lovato shares shirtless photo of new boyfriend Austin Wilson: ‘My love'
Renée Zellweger was 'devastated' by a breakup, then tabloids made it worse: 'None of it true, all of it humiliating'