Andy Cohen says he's thinking of having another baby 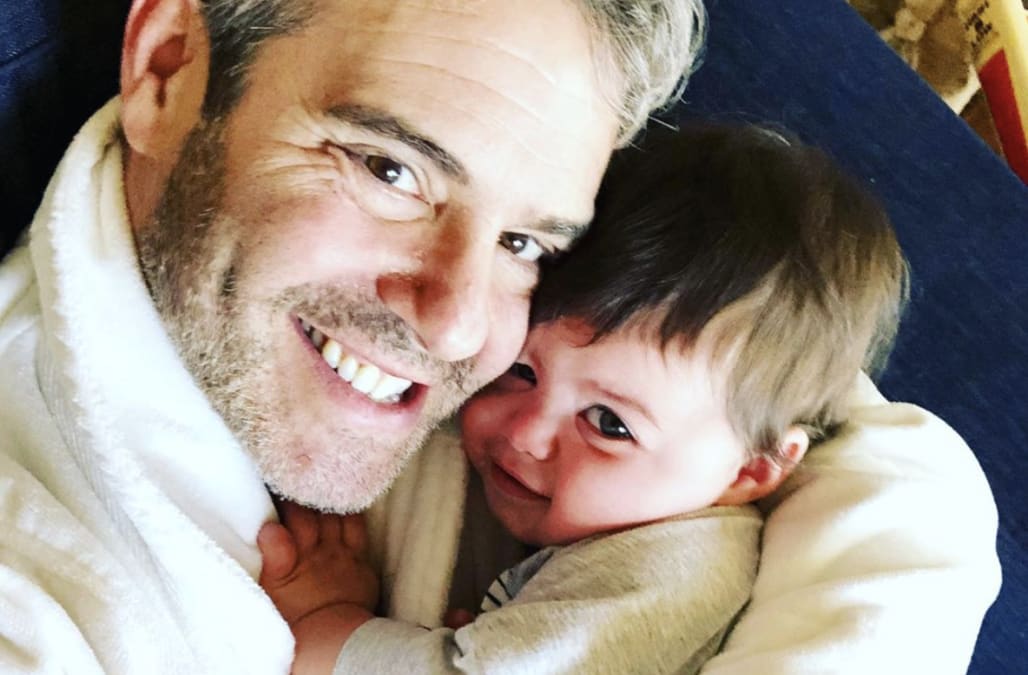 Andy Cohen is thinking about becoming a father of two.

The Watch What Happens Live host opened up about his plans for his second embryo during a Tuesday appearance on Jeff Lewis Live.

During their chat, Lewis, dad to 3-year-old daughter Monroe, said he has two embryos -- a boy and a girl. "What do you have?" he asked Cohen, who welcomed his first child, son Benjamin, in February.

"I have at least one," Cohen replied.

"So, I have more viable embryos than you have," Lewis cracked. "And I have very low sperm count, by the way."

The father of one also opened up to Lewis about his dating life, revealing that he's not using Raya, an exclusive dating app.

"I'd rather be on something more accessible, like Tinder, which I am on," he explained.

Andy Cohen and his baby, Benjamin
First Overalls! (He looks like a literal doll)
Came home to this today! ♥️🌈
It’s Spring finally! 👶 🐶 🌸 ☀️ 🍷 🌈
I’m a proud dad: my son gave Zaddy side eye, unprovoked! See an all new AC2 Live in Baltimore 5/11 & NYC 6/21 & 6/22 - tickets at Ticketmaster and more cities, link in bio.
Smile if you’re excited about Opening Day in St. Louis! (Thanks for the gear, @mwacha52!)
Ben is ready for the #RHOA finale in his King-wear, gift from @porsha4real! What a trip! #KingBen
“The 40-Day-Old Virgin”
I now run a snuggle factory in the West Village.
Mornings are my new jam #ThreeWeeksOld
First week back at work wraps up tonight. My highlight was quiet time with the boy before heading to the Clubhouse. This is a delightful trip! Ps. Reba & Morris Chestnut tonight on the show. Pps. Sorry if I’m oversharing about the baby. I’ll calm down
TWO Valentines! Lucky me ♥️♥️♥️
This is my favorite pic from the @people shoot. It’s on stands today! (📸: @Taomeitao)
This is my son!! I grew up reading @People cover to cover, at a time when being gay meant there was no way to have a family. Now I’m honored to be featured on the magazine’s cover. Thank you @mrjesscagle for sharing my story. Link in bio, and check out the issue on stands Friday
Heaven....
Digging the #DadGear !!!
WOW! This is my son, Benjamin Allen Cohen. He is 9 lbs 2 ounces !! 20 inches !! Born at 6:35 pm, PT He is named after my grandfather Ben Allen. I’m in love. And speechless. And eternally grateful to an incredible surrogate. And I’m a dad. Wow. ♥️🌈
Up Next

NeNe Leakes Calls Out Andy Cohen for Comment on Her Dress