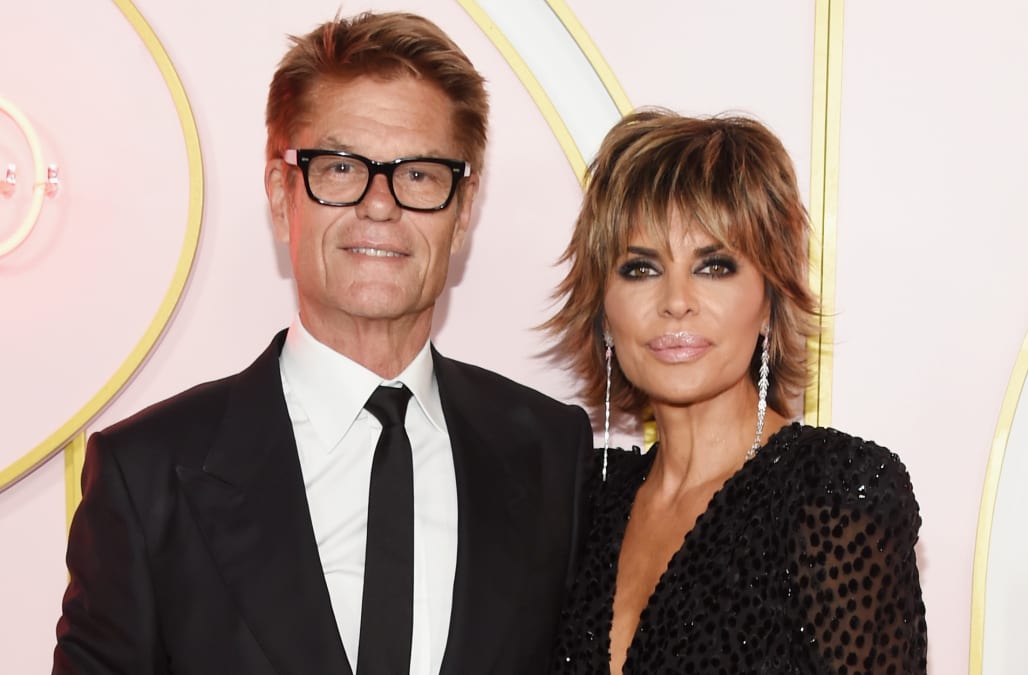 Reality check. Harry Hamlin warned his wife, Lisa Rinna, that he was ready to call it quits on their marriage after she signed on to The Real Housewives of Beverly Hills in 2014.

Hamlin, 68, told The Daily Beast in an interview on Monday, December 16, that he notified Rinna, 56, “’I have my divorce lawyer on speed dial,’ and I do.”

“I said to Lisa, ‘You can’t do this. Everybody who does that show gets divorced. It’s a horrible, horrible thing, to do that show,’” he recalled. Hamlin has been married twice before, to Nicolette Sheridan and Laura Johnson, and joked that he and his attorney “send Christmas cards to each other every year.”

The L.A. Law alum, who shares two daughters with Rinna, Delilah, 21, and Amelia, 18, and has a son, Dimitri, 39, with ex-partner Ursula Andress, did eventually come around to the idea, thanks to Bethenny Frankel, who was on The Real Housewives of New York City and has become a mogul with her Skinnygirl brand.

“Bethenny convinced me from a branding point of view [that] it would be a good thing to do,” Hamlin said. “Then I was open to doing it on my own terms.”

He told The Daily Beast that producers were not going to sign Rinna unless he agreed to appear on the Bravo show too. “The husbands have the same obligations as the wives do,” he explained. “They want you to show up and be involved. I said I wasn’t going to do that. So, we concocted a way to get around it.”

When it comes to the drama of the series, the Broadway star says it’s all real and unscripted. He noted that after every show, “I pull out my psychology degree from Yale and my DSM-5 manual and we see what all the personality disorders are blossoming and figure out how to deal with all the personalities, and what Lisa can do to stay above the fray.”

Despite his hesitation to be on a reality show with Rinna, he couldn’t be more proud of his wife, who he’s been married to since 1997, for everything she’s accomplished.

He added: “She’s smart. She’s the smartest person I have ever met. She’s smart as a whip. Our favorite thing is to hang out.”

Hamlin opened up about his marriage to the Days of Our Lives alum to Us Weekly earlier this year, noting the two of them “are of the same mind.”

More from Us Magazine:
Teresa and Joe Giudice split after 20 years of marriage
PDA! Joe Alwyn is a proud boyfriend with Taylor Swift at ‘Cats’ premiere
Scott Disick, Sofia Richie are committed but not 'thinking about marriage'