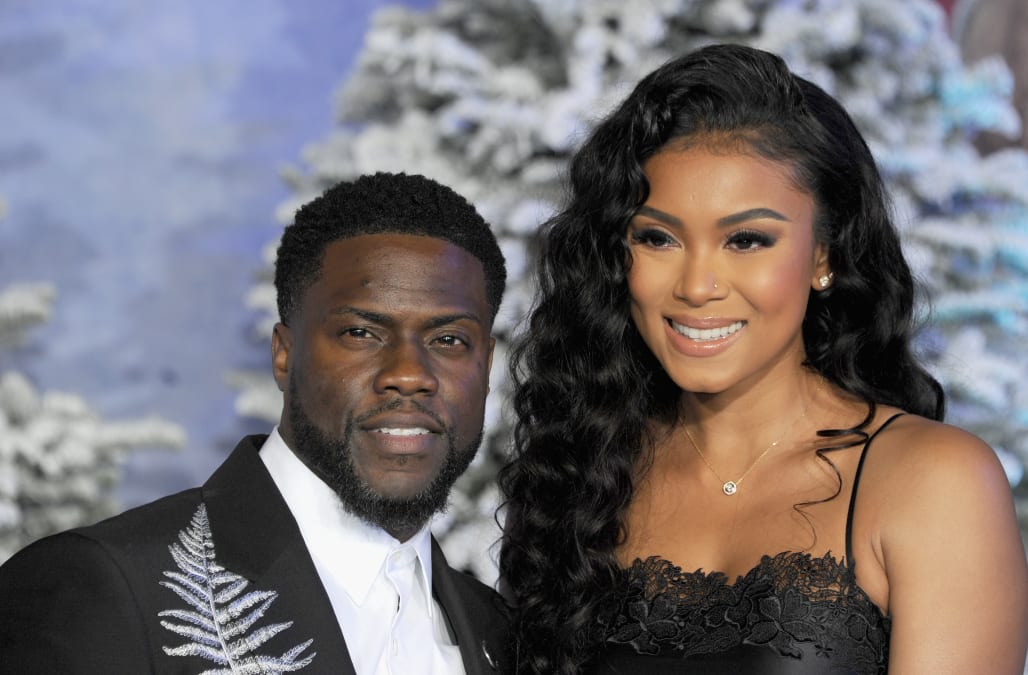 Eniko Parrish will tell her side of the story.

More than two years after Kevin Hartcheated on his then-pregnant wife, fans will get an inside look at the couple's fallout in the comedian's new Netflix docuseries, Don't F**k This Up, which dropped its first trailer on Monday.

"You publicly humiliated me. I just kept saying 'How the f**k did you let that happen?'" Parrish says in the clip, as shots of her crying and wiping away a tear appear on the screen.

"Before people judge and say Kevin Hart is a d**khead and an a**hole, I want you to understand that there’s a lot you don’t know," Hart says in another shot.

The six-part series will also give fans a behind-the-scenes look at the actor's day-to-day life as he deals with the fallout from the Oscar controversy, his marriage, and his growing career. The series includes interviews with Hart's friends and family, rare archival footage from his childhood and early stand-up days, and personal anecdotes from the comic himself.

Rumors that Hart was cheating first started making headlines in July 2017, when Hart was spotted out and about with a mystery woman in Miami, Florida, while Parrish was eight months pregnant with their now 2-year-old son, Kenzo. Two months later, following an extortion scandal, Hart publicly apologized to Parrish, as well as his other two children, son Hendrix, 12, and daughter Heaven, 14, whom he shares with his ex-wife, Torrei.

"Sending so many apologies to my wife & kids," he captioned an emotional Instagram video. "I gotta do better and I will. I'm not perfect and have never claimed to be ...I love you all."

And in December 2017, during an interview with Power 105.1 FM's The Breakfast Show, he discussed cheating on Parrish.

"I'm guilty," he confessed. "Regardless of how it happened and what was involved, the s**t that I can't talk about, I'm guilty. I'm wrong."

"It's beyond irresponsible," he continued. "There’s no way around it. The best way to do is just address it, right on. That's Kevin Hart in his dumbest moment. That's not the finest hour of my life. With that being said, you make your bed, you lay in it. You can't say, 'What were you thinking?' Because you weren't thinking."

ET spoke with Hart in May about why he decided to open up about being unfaithful to his wife in his Netflix special, Kevin Hart: Irresponsible.

"I talk about her through my eyes and my experiences, which technically makes it OK," he explained. See more in the video below.