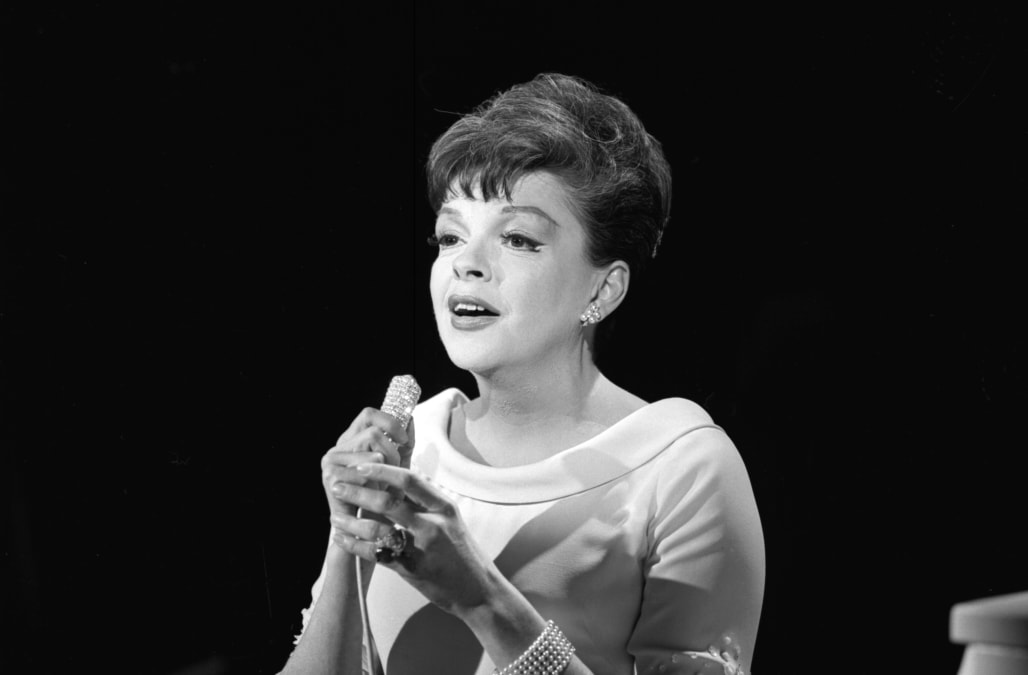 Toward the end of her short life, Judy Garland was joyful but profoundly desperate for attention and money, according to a man who became her lover and confidante.

Garland was 46 when she met 26-year-old pianist John Meyer, and the two were immediately infatuated with each other. Meyer, now 79, spoke at length with People about their romance, which rapidly escalated in some part because Garland had nowhere to live: The star, by then short on money and work, had recently been booted from her hotel residence for skipping out on bills.

It was a spirited roller coaster of a relationship, Meyer told the outlet, that combined sex with business. "We did a lot of role playing. We’d do scenes back and forth," he claimed. "It was a lot of fun. That was more important to her than the actual sex."

Despite her financial woes and a plaguing addiction to dangerous substances — Garland ultimately died at 47 of an accidental overdose — "she thought her life was a gas, a ball," Meyer said. "She didn't think her life was painful. She was funny. She experienced joy. She loved sex. She didn’t love food. She loved to sing and she loved the attention."

The aversion to food was a perpetual issue for Garland, who faced enormous pressure as a young woman to be excruciatingly thin. One of her husbands, Sid Luft, claimed he fruitlessly tried to steer Garland toward a healthy diet, but she had difficulty choosing between eating lots of food or nothing at all.

PHOTOS: Judy Garland with Sid Luft and their children

Judy Garland with Sid Luft and their children
Sidney Luft und Judy Garland 1954 (Photo by RDB/ullstein bild via Getty Images)
4th November 1960: American film star, Judy Garland (1922 - 1969) with her husband, film producer, Sid Luft and their children, Liza (14), Lorna (7) and Joe (5) at their home in Chelsea, London. (Photo by Chris Ware/Keystone Features/Getty Images)
(Original Caption) Singing star Judy Garland who recently announced she'd make her permanent home in England, but according to rumor has changed her mind, and will live in New York, is shown at the Harwyn here, with her husband Sid Luft.
American screen star Judy Garland arrived at Southampton with her husband, film producer Sidney Luft, and children Lorna, four and Joe, two. (Photo by PA Images via Getty Images)
(Original Caption) 10/4/1957-New York, NY: Actress Judy Garland poses with her two children, Lorna, 4, and Joseph, 2, as they prepare to sail for Europe aboard the United States Lines' flagship United States here October 4th. Also going with Judy is her husband, Sid Luft, an actor's agent and film producer
(Original Caption) Judy Garland and her manager husband, Sid Luft, are playing with Liza, 10, Judy's daughter by her second marriage, in their Plaza Hotel Suite. Judy was returning to the palace, where she scored some of her greatest triumphs to climax her great comeback. After her New York engagements, Judy was scheduled to take her show to London.
(Original Caption) Actress Judy Garland holds her son, Joseph, who is photographed for the first time since his birth a year ago. Joseph would make his photo proxy television debut April 8th, when his famous mother would sing a song to his picture. The lad's father is Actor's agent Sid Luft. Joe also has an older sister aged three and a half.
(Original Caption) Actress Judy Garland shows off her "Little Joe: who made his television debut by photo proxy on the Judy Garland Show, on April 8th, 1956. This was one of the first public appearances of the year old tyke whose daddy is producer Sid Luft.
(Original Caption) Actress Judy Garland an and husband Sid Luft appeared in court here when actress Lynn Bari brought Charles against Luft, her former husband on $3,627 in unpaid alimony for 1952. Miss Bari stated that Luft had agreed to pay her 10 percent of his income but Attorney S. S. Luft was hiding his true income as Agent for Miss Garland by filing two different income tax returns, one for the Government and the other showing losses for his first wife.
(Original Caption) Screen star Judy Garland gets an affectionate kiss on top of the head, and an orchid from husband Sid Luft, as she arrived in London from Paris here. Judy, who had just completed the film A Star Is Born, had been vacationing on the Rivera and in Paris with her husband. Luft arrived in London a few days before she did. They left the vacationing spots for the United States the day before this photograph.
Up Next

As for Garland's craving for attention, Meyer said, it poisoned many of her relationships. "Her big overriding motivation was 'love me.' And she made people prove it in all of her relationships," he said. "She would escalate the levels of commitment until you were staying up with her for 36 hours a day."

He continued, "She'd keep moving the goal posts until the person just had to drop. And then she could say, 'You deserted me, see.'"

The romance was both overwhelming and intoxicating, and Meyer found himself reeling when she quickly disappeared from his life, returning to her on-and-off lover Mickey Deans. The two wed in March 1969, three months before her passing.

In retrospect, Meyer says his fixation on his short-lived romance with Garland was "a compulsion ... I realized that this mission of mine to restore Judy to her former greatness and be the guy who rescued her was not going to work."

Garland died in June 1969 of an accidental overdose. Several of her exes attended her funeral; former husband Luft wrote in his unpublished memoir that at the time of her death, "she couldn't have weighed more than ninety pounds. She was totally burned out. Destroyed."

Renewed interest in Garland's life is in part related to "Judy," which came out earlier this year with Renee Zellweger starring as the late icon. The film is considered to be a viable Oscar contender.

More from Aol.com:
Lisa Rinna’s husband Harry Hamlin says he has a divorce lawyer on 'speed dial' because of all the 'Real Housewives' splits
Teresa and Joe Giudice split after 20 years of marriage
PDA! Joe Alwyn is a proud boyfriend with Taylor Swift at ‘Cats’ premiere