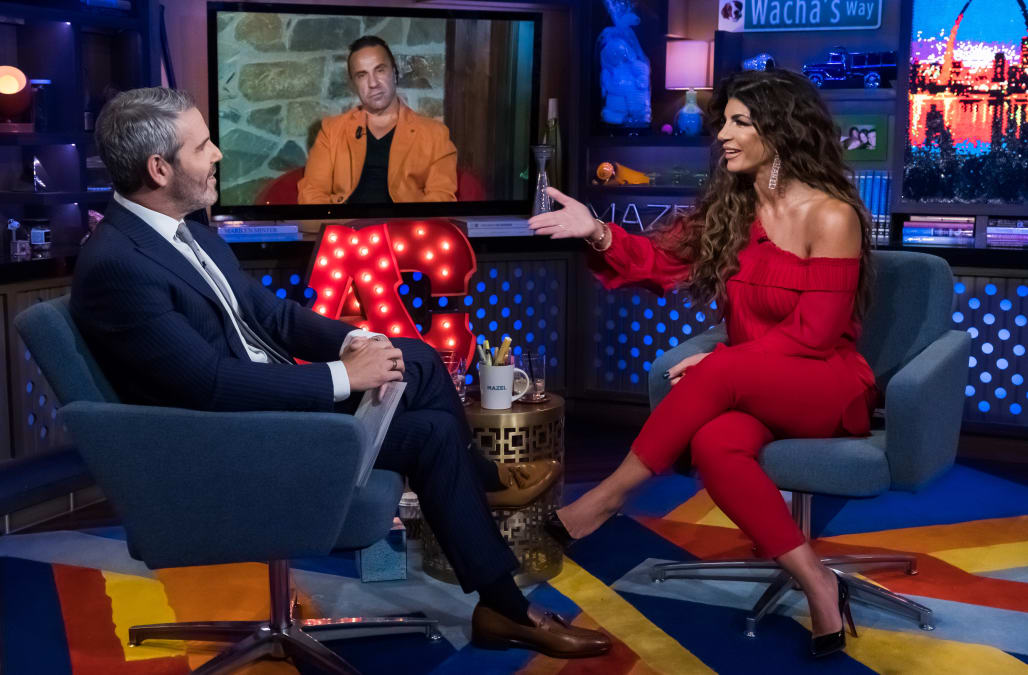 It's been a rocky year and for Teresa and Joe Giudice of 'Real Housewives of New Jersey' fame.

The pair, who notoriously served separate prison sentences in relation to bank fraud, mail, wire and bankruptcy fraud, faced a crossroads when the court decided that Joe Giudice was set to be deported back to Italy upon the end of his sentence.

The couple stayed together through the decision, though things seemed less than promising after an explosive sit-down interview back in October between Teresa and Andy Cohen.

On December 17, the pair announced that they would be legally separating.

Though neither has released an official statement on the news, Joe took it to Instagram on Wednesday morning to post a cryptic yet timely quote in black and white:

"Every next level of your life will demand a different you," the quote reads over a background image of a mountain.

The caption-less post has garnered over 5,000 likes since its originally posting.

This has been the first time he's spoken out about separation rumors since the fall.

More from Aol.com:
Judy Garland was 'fun' but desperate for money and attention, ex-lover reveals: 'She’d keep moving the goal posts'
Lisa Rinna’s husband Harry Hamlin says he has a divorce lawyer on 'speed dial' because of all the 'Real Housewives' splits
Teresa and Joe Giudice split after 20 years of marriage