From 'Call Me Maybe' to 'Rolling in the Deep,' these are the top throwback songs of the 2010s 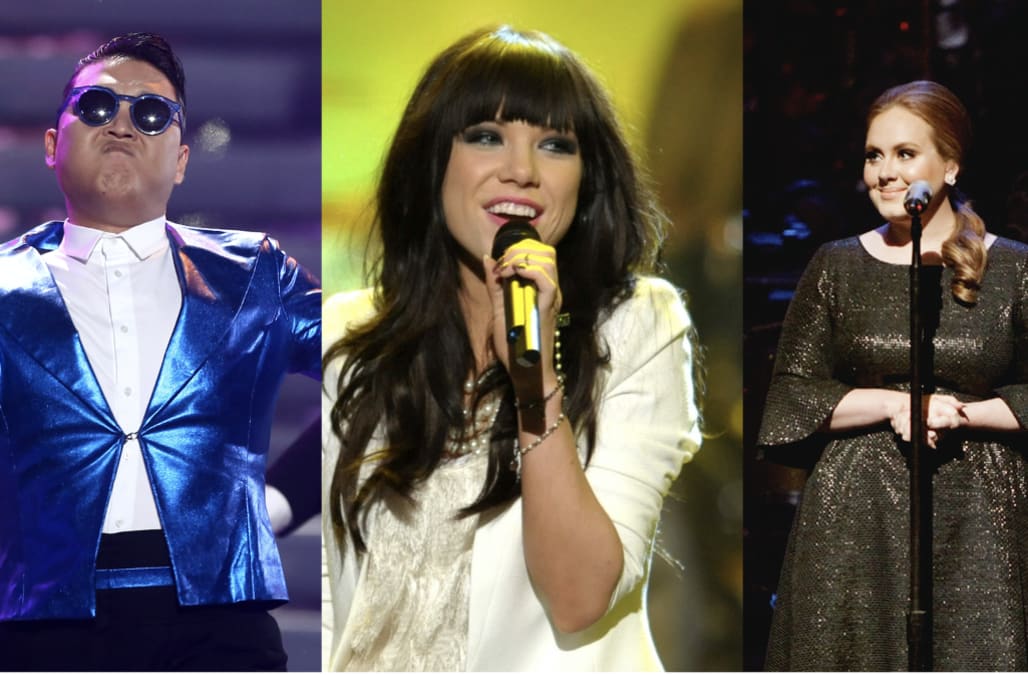 Is it ever really too early for a throwback? 2010 might not seem like that long ago, but, when it comes to music, that might as well have been centuries ago.

And that's because there's just so much that's happened since the start of the decade. In 2010, Taylor Swift was still a country star, Miley Cyrus was still Hannah Montana and Billie Eilish was 8 years old. Even the physical act of listening to music has changed: At the start of the decade, no one had a Spotify account or an Apple Music subscription, and AirPods would've sounded like something out of a sci-fi movie.

So does that mean these songs count as "throwbacks?" Maybe, maybe not. Either way, we wanted to celebrate some of the best — and most nostalgic — songs from the early part of the decade. To create our list, the In The Know Pop Culture team dug through Spotify's "Best Pop Songs of the 2010s" list, then selected our top 10 favorite throwback jams.

With that in mind, here are our picks:

What didn't Beyoné do in the 2010s? Queen Bey spent the decade putting out three critically acclaimed albums, starring in "The Lion King" and having three insanely adorable children. "Love On Top," a single from the 2011 album 4, was just the beginning of that spectacular decade.

One Direction – 'What Makes You Beautiful'

Today, Harry Styles is a bonafide solo star and bellbottom pants icon, but he started the decade as one-fifth of One Direction, the boy band that made it big after finishing third on "The X Factor" in 2010. "What Makes You Beautiful," released in 2011, was easily the group's most iconic track, taking the radio — and millions of teenagers' hearts — by storm.

One of the all-time best youth anthems of recent memory, "We Are Young" gave everyone an excuse to "set the world on fire" in 2011. And, with a feature from Janelle Monáe, the hit song foreshadowed another one of the decade's most prolific artists.

Gotye – 'Somebody That I Used To Know'

Gotye's breakout hit was about someone he used to know, but before 2011, hardly any of us knew the Belgian-Australian singer. That year, he released his addictively catchy hit and took the world by storm, reaching No. 1 on the Billboard charts and snagging multiple Grammys.

At the time, it might have been the last song you wanted to have stuck in your head, but today the outrageous dance hit is a signature moment from the early 2010s. The K-pop track appeared in countless movies, racked up more than 3 billion YouTube views and convinced everyone to give Psy's rodeo-style dance a try.

Remember when we all wanted to "wake up in the morning feeling like P. Diddy?" Those lines cemented Kesha's status as a chart-topper when it appeared on her debut album, Animal — which she released on the first day of 2010.

On "Blank Space," we finally saw Taylor make the jump from country to crazy, embracing a new style and sharing a music video that featured plenty of revenge against a mysterious ex-boyfriend.

Before Billie Eilish, we had Lorde — the decade's original 17-year-old pop star. The New Zealand-based singer dropped her breakout track in 2013, and the song instantly became a worldwide hit.

Adele – 'Rolling In The Deep'

Adele spent the early part of the 2010s breaking all of our hearts with emotional anthems like "Someone Like You" and "Set Fire to the Rain." Still, the British singer's 2011 track, "Rolling In The Deep," might be her most iconic — winning Grammy awards for record and song of the year while hitting us directly in the feels with its emotional hook: "We could have had it all."

Easily one of the decade's most memorable hits, Carly Rae Jepsen's story of love-at-first-sight had everyone in 2011 asking their crush to give them a call. Jepsen went on to become one of the 2010s most critically acclaimed pop stars, but her sugary sweet breakout hit will be stuck in our heads forever.