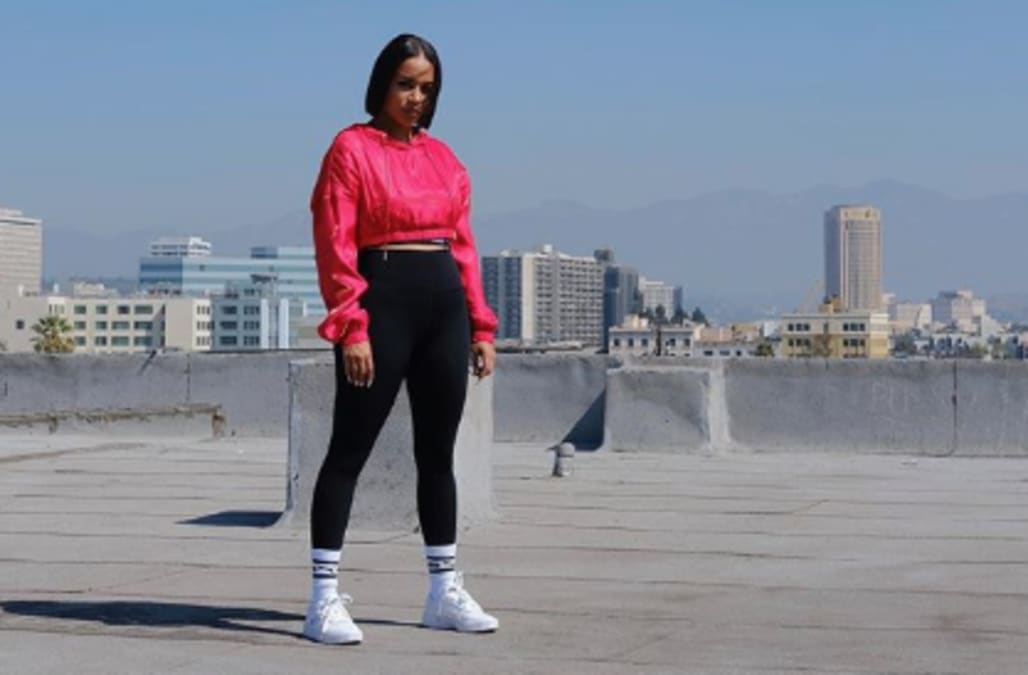 Lauren London has teamed up with Puma to release an emotional campaign titled "Forever Stronger."

The three minute video honors London's late boyfriend, Nipsey Hussle, as she reads a heart-warming poem written by the late musician's sister, Samantha Smith. The Grammy-nominated rapper was the father of her three-year-old son, Kross. Nipsey was fatally shot in March 2019.

"Lauren London is proud to join forces with Puma to support her on this next chapter of her journey," the caption of the YouTube video reads. "This piece was a creative vision Lauren wanted to bring to life to signify the continuation of her marathon alongside PUMA. Forever Stronger."

Captured over the South Los Angeles skyline showcasing multiple memorials for Nipsey, London reads "Pain is the light, pain is insight. The body hurts but the spirit grows. The flesh is starving while wisdom overflows. I got a question only Lord knows: Does life birth us twice?"

Nipsey Hussle collaborated with the athletic brand to create a collection spotlighting his downtown L.A. clothing store, The Marathon. The 16-piece clothing line of elevated sportswear was released 6-months after his tragic death.

The Puma x TMC collection instantly sold out, while 100% of the net proceeds went directly to the Neighborhood Nip Foundation, an organization that was launched by his family in the wake of death. The foundation is "dedicated to empowering the South Los Angeles community and neighborhoods alike across the globe."

The release date for the Puma x Lauren London collection has yet to be announced.