Celebrity deaths of 2019: All of the stars who died this year 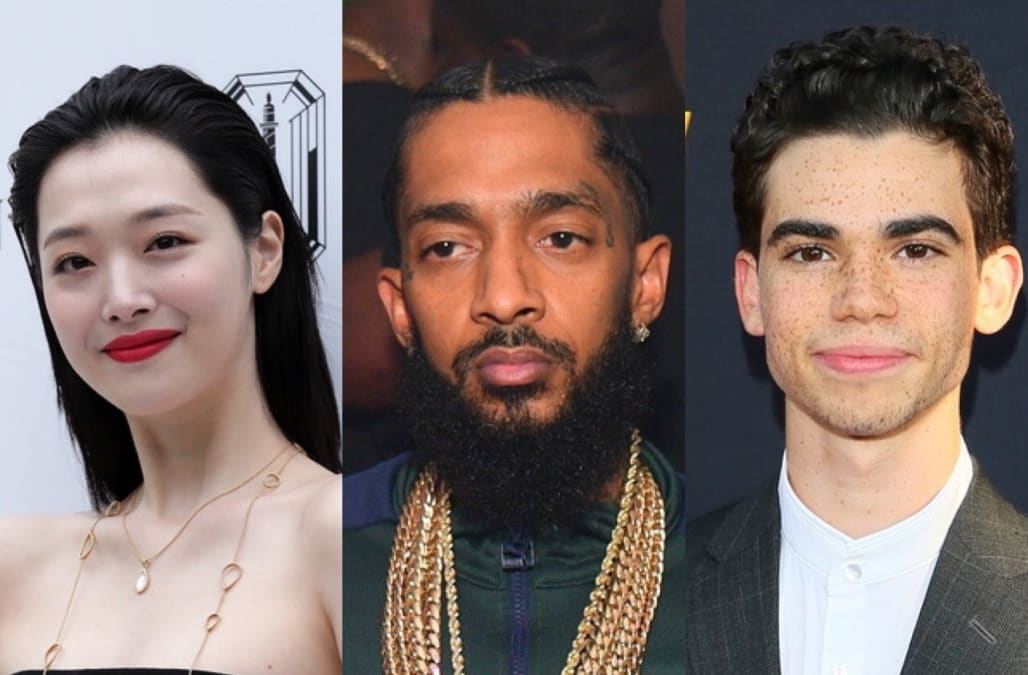 As we quickly approach 2020, let's take a moment to reflect on the talented individuals Hollywood lost this year.

2019 saw the passings of multiple young celebrities — far too many. The death of 20-year-old Disney Channel actor Cameron Boyce in July left fans devastated, as did the loss of rapper Nipsey Hussle, who was 33 when he was shot and killed in March. More famous faces gone too soon included K-pop singer Sulli, 25, rapper Juice WRLD, 21, and 35-year-old actor and model Godfrey Gao.

Many of this year's deaths were quite unexpected, like that of "Riverdale" and "90210" actor Luke Perry, who suffered a stroke at age 52.

PHOTOS: Celebrities who died in 2019

A number of history makers passed away in 2019: "Boyz n the Hood" director John Singleton, who was the first black director nominated for an Academy Award, died at 51 years old after experiencing a stroke, and prolific author Toni Morrison, the first black woman of any nationality to receive a Nobel Prize, died at 88.

See more in the gallery above.