Meghan McCain praises CNN's S.E. Cupp for defending her against body-shaming troll: 'She is gorgeous, inside and out' 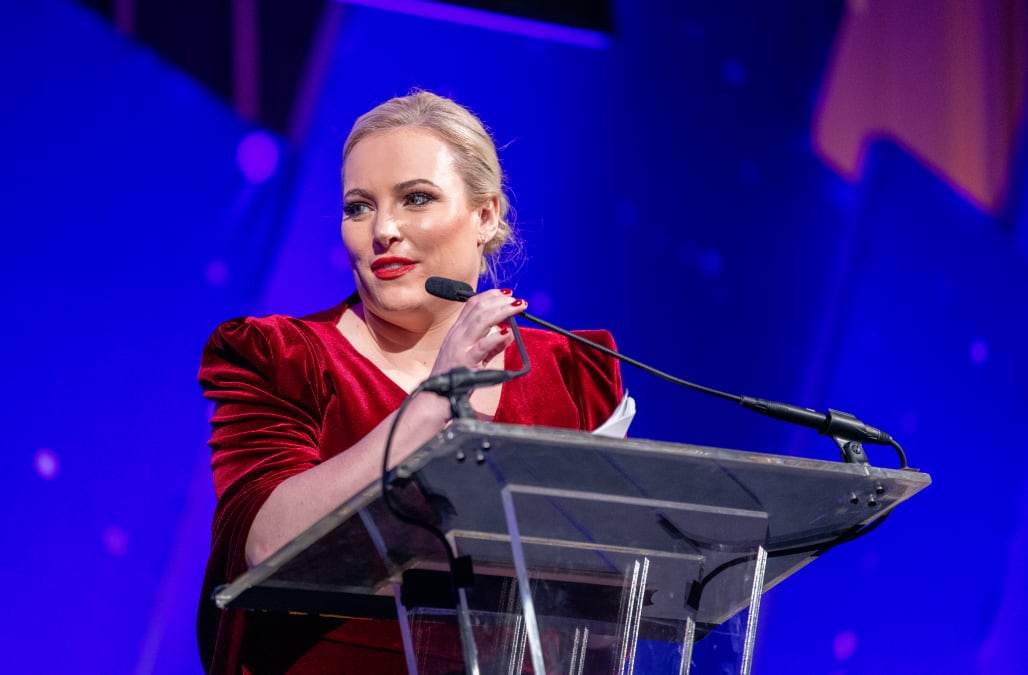 Meghan McCain may have her fair share of critics, but the View co-host is short of supporters.

On Sunday, the 35-year-old took to Twitter to thank her “ride-or-die friend” S.E. Cupp — the CNN host and conservative pundit — for stepping up to “nuke a troll” who made a body-shaming comment at McCain’s expense.

“Find yourself a ride-or die-friend who will nuke a troll from space like [Cupp],” McCain tweeted.

According to a screenshot posted by McCain, an Instagram commenter asked Cupp if she weighed “more than Meghan McCain.” Rather than ignore the jab, Cupp put the person in their place.

Happy birthday to this gorgeous girl, my ride or die, toughest chick I know. So grateful for you. Love you @meghanmccain ❤️🎂🍾

“First, I love my body and you should know that you have ZERO impact on my self-respect,” Cupp shot back. “Second, I’m thrilled to be compared to Meghan, my best friend, in ANY way. She is gorgeous, inside and out.

“But third and most importantly, I’m sad for you ... this life you have, getting high off of criticizing women you don’t know ... must be so unfulfilling. Cutting us down doesn’t work anymore ... we actually thrive on this s*** now! So thank you.”

Commenters appreciated the show of solidarity.

Great response! While I don’t agree with either of you a lot, you are both beautiful!

OMG, what the hell is wrong with people! Sorry you get this stuff thrown at you.

I don't always agree with you two, but I do appreciate the fact that you are who you are regardless. Keep it interesante

Some people just need dunked in an out-house to improve their perfume. This one obviously never made his debut at Charm School🙄kudos ladies😁

When are these mouth breathing trolls going to realize that women no longer require their validation?

McCain herself recently addressed unsolicited comments about her body during an episode of The View last month.

“Can people please stop coming up to me on the street and telling me I look ‘less fat in person?’” she said, adding. “It’s nasty. It happens all the time. It’s so mean.”

More from Yahoo Celebrity:
Colin Firth splits from wife Livia after 22 years of marriage
Actor accused of sexual misconduct by 7 more women
John Legend defends his 'Baby, It's Cold Outside' remake: 'It wasn't supposed to be preachy at all'