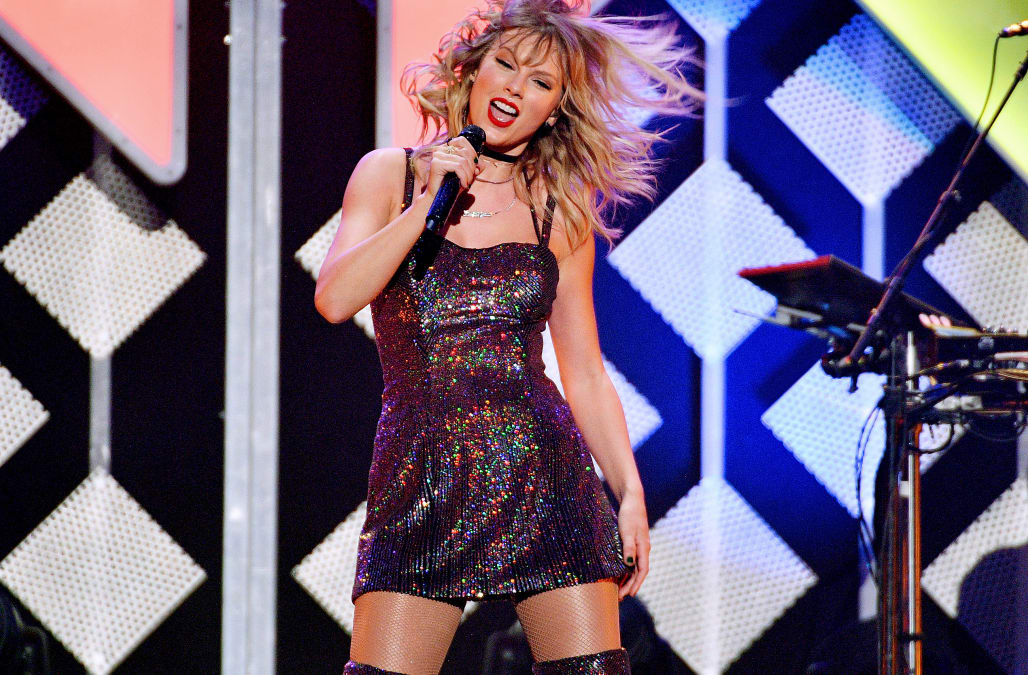 Taylor Swift celebrated her 30th birthday — or as she put it, “Thirtay” — with a performance at New York City’s Jingle Ball and a cat-themed cake.

On Friday, the “Shake It Off” singer performed alongside The Jonas Brothers, Camila Cabello, and others at the annual iHeartMedia Christmas concert at Madison Square Garden, reportedly kicking off her set with her 2014 hit song “Blank Space,” later belting out “ME!,” "Welcome to New York,” “Lover,” and her new tune "Christmas Tree Farm."

According to Rolling Stone, Swift, wearing a sparkly dress introduced herself by saying, “Good evening, New York, I’m Taylor,” then chatted with the crowd. “So I had a choice, you know: Where would I want to spend my 30th birthday?” she said. “And the answer is, you’re looking at it. This is the first show of my 30th year of life.”

Before the show, Swift gave a live tour of her dressing room filled with balloons she revealed were from singer Halsey. And the pop star was treated to an audience performance of “Happy Birthday,” describing it on Instagram as “the most beautiful song I’ve ever heard.”

The day before, Swift was showered with birthday wishes from Hillary Clinton, Selena Gomez, and Lena Dunham. On Instagram, the former first lady commended Swift for her speech on Thursday while accepting an award for “Woman of the Decade” at Billboard’s 2019 Women in Music event.

In her speech, Swift touched on the drama between herself and Scooter Braun whose company Ithaca Holdingsbought her ex record label, Big Machine Label Group, now owning the rights to her earlier music. Swift commented on “the unregulated world of private equity coming in and buying up our music as if it's real estate. As if it’s an app or a shoe line.”

Clinton quoted Swift as saying, "As for me, lately I've been focusing less on what they say I can't do and more on doing whatever the hell I want." Then added, “Congratulations on the honor, Taylor (and happy birthday)!” with the hashtag #gutsywomen.