'Star Wars: Rise of Skywalker': Inside the NYC pop-up exhibit at Dolby SoHo 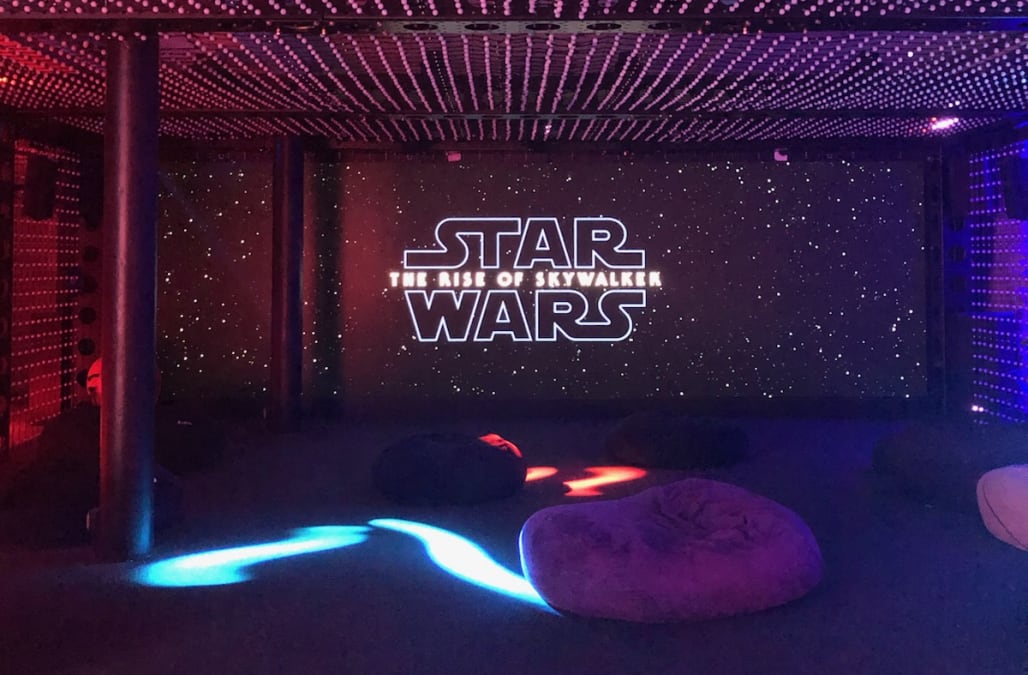 Tattooine may be out of the question, but "Star Wars" fans who want to live and breathe 40+ years of the franchise may find just what they're looking for in lower Manhattan.

Dolby SoHo is the temporary home of an immersive new (and free to enter) "Star Wars" pop-up currently slated to run through the end of December. In addition to "Rise of Skywalker"-centric features, there are plenty of striking visual and audio tributes to the original trilogy and its prequels.

Each one of the 11 exhibits is cooler than the next, and it's hard to choose a favorite — but it's got to be the beanbag-filled lounge designated specifically for listening to John Williams' stunning score.

The space (no pun intended) is equipped with state-of-the-art sound technology, which is fitting given that Dolby has powered the audio in all of the "Star Wars" films since the franchise's 1977 inception.

Heaven is a place on earth, and it’s inside @Dolby SoHo’s new #RiseofSkywalker pop-up, where there’s a whole room of beanbags just for lounging & listening to John Williams’ #StarWars score. pic.twitter.com/bh0kb7gxe3

Another eye-popping element is a room with floor-to-ceiling screens on all four walls. "Surround sound," indeed.

Other experiences are more interactive, including an enclosed area where visitors can select a Jedi or Sith light saber, utilize it however they see fit in front of an HD camera and and leave with a pretty sweet personal video. 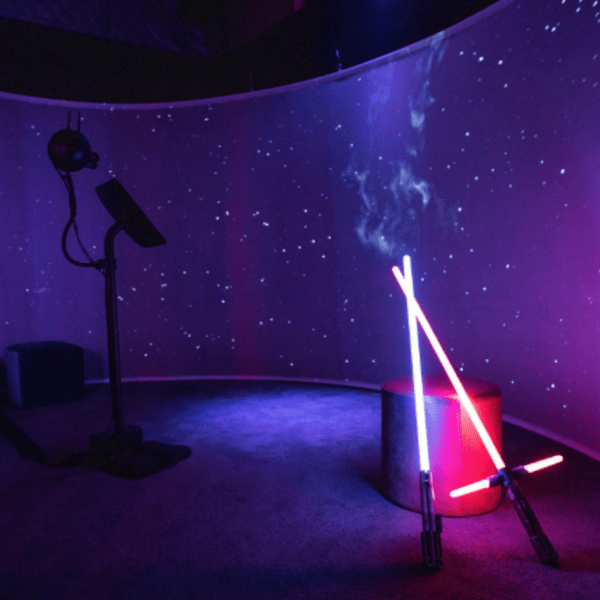 While "Rise of Skywalker" opening night tickets are near-impossible to snag, there's no need to panic about your entry into the Dolby pop-up: It's free and open daily to the public, although there might be a line, especially given its limited run.

"Star Wars: The Rise of Skywalker" is in theaters December 18.