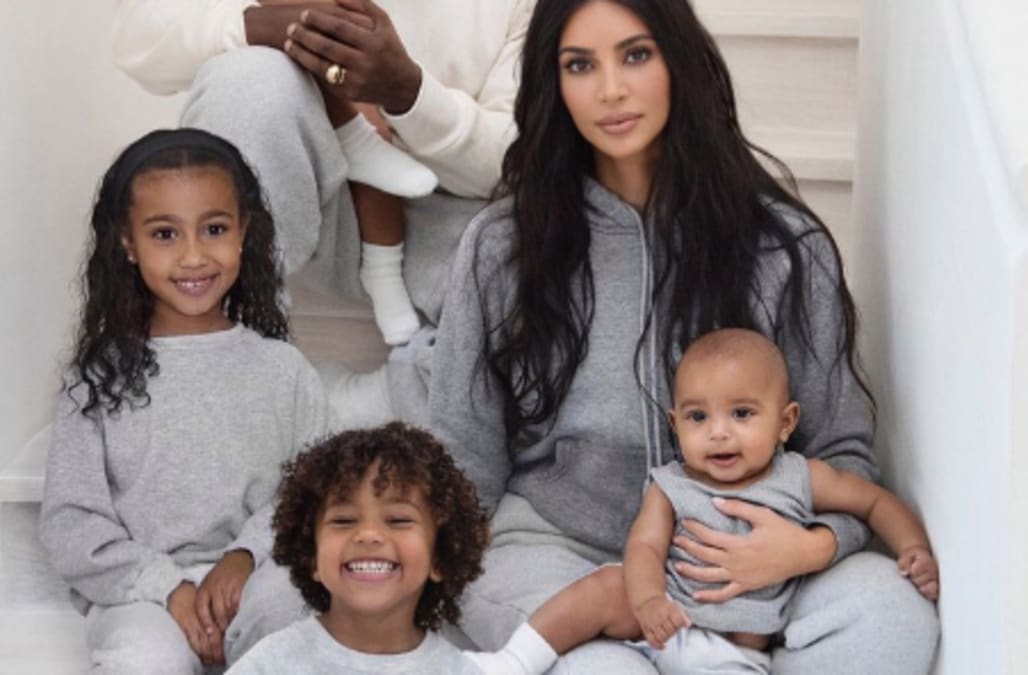 Happy holidays from the West family!

"The West Family Christmas Card 2019," she captioned the color-coordinated family shot, that shows all six of them wearing gray sweats of various hues while sitting on a neutral staircase inside their home.

Kanye holds Chicago at the top of the group as she holds a cookie, while Kim holds baby Psalm in her lap next to Saint and North, who are both smiling big.

In response to the post, most fans were quick to fawn over the adorable snap, calling them "America's Royal family," and declaring them "the most beautiful kids and parents ever!!!"

"I freaking love this is the best one you've ever done," someone wrote. "The fact that it's just your family and sweatpants I love it."

It was clear from the comments that it was oldest son, Saint, who stole the show in the family's Christmas card, with tons of followers responding that his cute smile was almost too much to handle.

Nori is getting so grown up 🥺 and Saint is ALWAYS cheesing so hard, I love him.

Others were convinced that the family group shot was actually a Photoshopped collage of individual photos taken at different times.

"Why all the kids look like stickers?" someone asked, while another person said, "Y’all really need to get a better editor. The photoshopping is always a mess."

Fans thought that North, in particular, looked like she was put into the shot after the fact: "Who photoshopped north in? The lighting looks... different."

Who photoshopped north in? The lighting looks... different pic.twitter.com/Wz1rTfRTZp

Kim's reveal of her immediate family's Christmas card for 2019 is the first Kardashian holiday card unveiling of the season. The "Keeping Up With the Kardashians" stars historically have gotten the entire extended family together for one big group shot each year, thought nothing of the sort has been revealed for this year -- yet!

RELATED: See Kardashian Christmas cards from past years below: