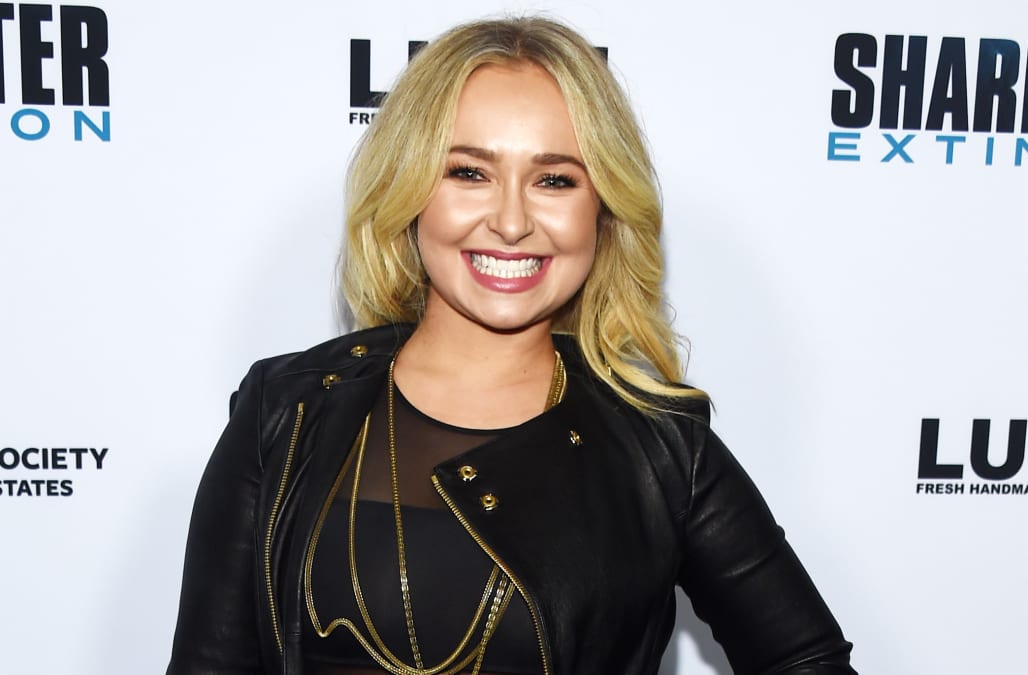 Hayden Panettiere is making a statement with her return to social media!

Earlier this week, the 30-year-old actress took to Twitter for the first time in nearly 10 months to debut a totally new look. In a stunning selfie, Panettiere shows off a short new hairdo, which features a partially shaved side and a silver-grey color.

"Channeling my inner #Kirby #Scream4," Panettiere wrote alongside the pic, referencing her character from Scream 4.

Prior to posting the new pic, Panettiere had been absent from Twitter since February, when she shared a photo from a Duke basketball game.

Panettiere's social media break continued throughout the year, including when her now ex-boyfriend, Brian Hickerson, was arrested on suspicion of domestic violence in May. Hickerson was released on $50,000 the same day of his arrest and pleaded not guilty. At the time, the judge issued a protective order stating that Hickerson had to stay 100 yards away from Panettiere. The pair, ET previously learned, went on to call it quits in June.

The case against Hickerson was dismissed in September, as was the protective order against him. The dismissal came after prosecutors told the judge that their office wanted the case dismissed. Hickerson's bail was also dismissed.

At the time, a spokesman for the Los Angeles District Attorney’s Office told ET, "The case against Brian Hickerson was dismissed without prejudice today. Our office was unable to proceed because we could not secure a material witness. The protective order also was dismissed."