‘Star Wars’ actor reveals why he wanted his character to die: 'I thought he should have a big send-off' 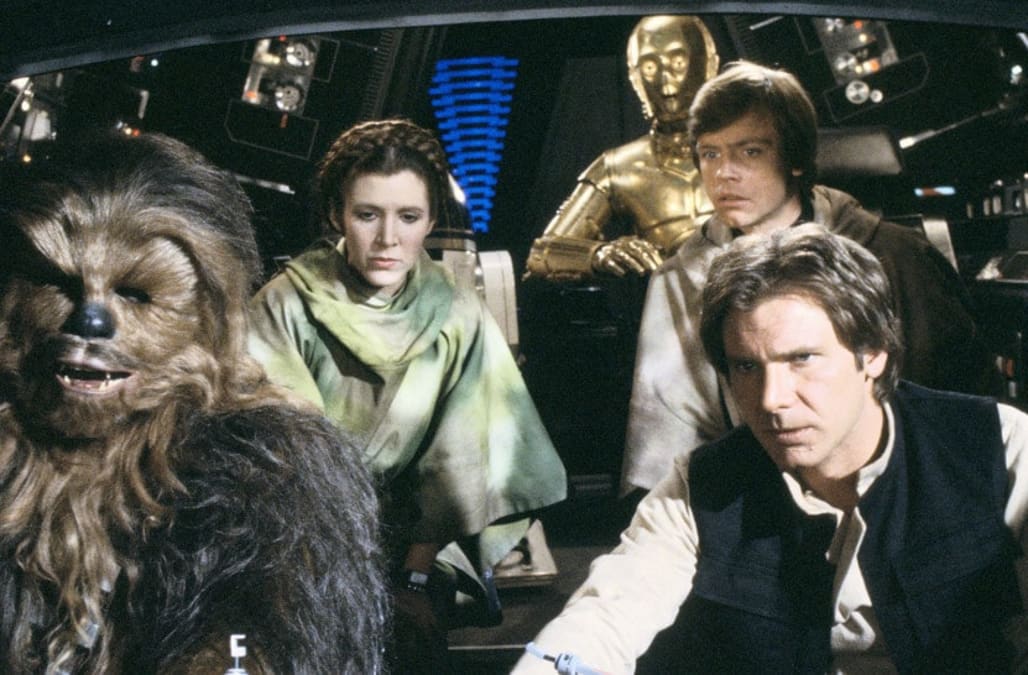 The actor behind one of the most iconic "Star Wars" figures of all time has admitted that, at least for a while, he wanted his character to die.

Anthony Daniels, the man behind the series' neurotic-yet-loveable droid, C-3PO, addressed his wish to end the character’s story during an interview with HuffPost on Wednesday.

The 73-year-old, who has now portrayed C-3PO in nine films — including "The Rise of Skywalker," which debuts on Dec. 20 — plus countless mini-series and video games, explained to the outlet why he asked director J.J. Abrams to kill him.

Daniels writes in his new book, "I Am C-3PO: The Inside Story," that he previously asked Abrams, who directed both "The Rise of Skywalker" and the series’ seventh film, "The Force Awakens," to write in a way for the iconic droid to die. In the interview, he expanded on that request.

"Before filming this, it seemed like the writers had slightly run out of steam with C-3PO," Daniels told HuffPost. "I didn’t want him to just become a wall decoration."

These aren't your ordinary overnight oats. They're topped with dragon fruit, yogurt, and seasonal fruit and served at Ronto Roasters, Docking Bay 7 Food and Cargo and Oga's Cantina.

This is the kid's version of the "Bright Suns Morning" dish and includes scrambled eggs, purple potatoes, and fresh fruit (or a mini Mustafarian Lava Roll upon request). This is found at Docking Bay 7 Food and Cargo.

According to Disney Parks Blog, "At Docking Bay 7 Food and Cargo, you can try the Bright Suns Morning, which is a three-cheese egg bite with pork sausage and purple potato hash served with a mini Mustafarian Lava Roll."

You can find a Mustafarian Roll on the planet of Batuu at Docking Bay 7 Food and Caro and Oga's Cantina. It's a sweet roll topped with raspberry fondant, lemon, and cookies and cream cookie crumbles.

Found at Ronto Roasters, this wrap is a great kickstart to the morning. "This savory snack comes with scrambled eggs, grilled pork sausage, shredded cheese, and peppercorn sauce wrapped in pita," according to Disney Parks Blog.

The actor went on to say that Abrams responded to that request with two simple words.

“I thought he should have a big send-off or send-off that gave you finality, and of course, at the time, J.J. said, 'No way.'”

It’s unclear how seriously Abrams considered killing of C-3PO — who, as the first “person” to appear onscreen during the series-beginning "A New Hope," was the first "Star Wars" character that fans ever met. But his response was relatively definite.

That being said, just because C-3PO won’t be getting a huge send-off in "The Rise of Skywalker," that doesn’t mean he’ll make it to the end of the movie. There is no hard evidence to support the theory, but some fans believe the droid may die during the upcoming film.

Daniels touched on a wide range of topics during his interview with HuffPost, including the ever-growing hype around Baby Yoda, the adorable breakout star of Disney+’s new “Star Wars” show, "The Mandalorian."

And he’s not wrong. There’s already a huge slate of shirts, coffee mugs and plush toys featuring Baby Yoda for sale — all available just in time for the holidays.