'The Voice' judges tell contestant she's too good for the show: "You deserve more than 'The Voice'" 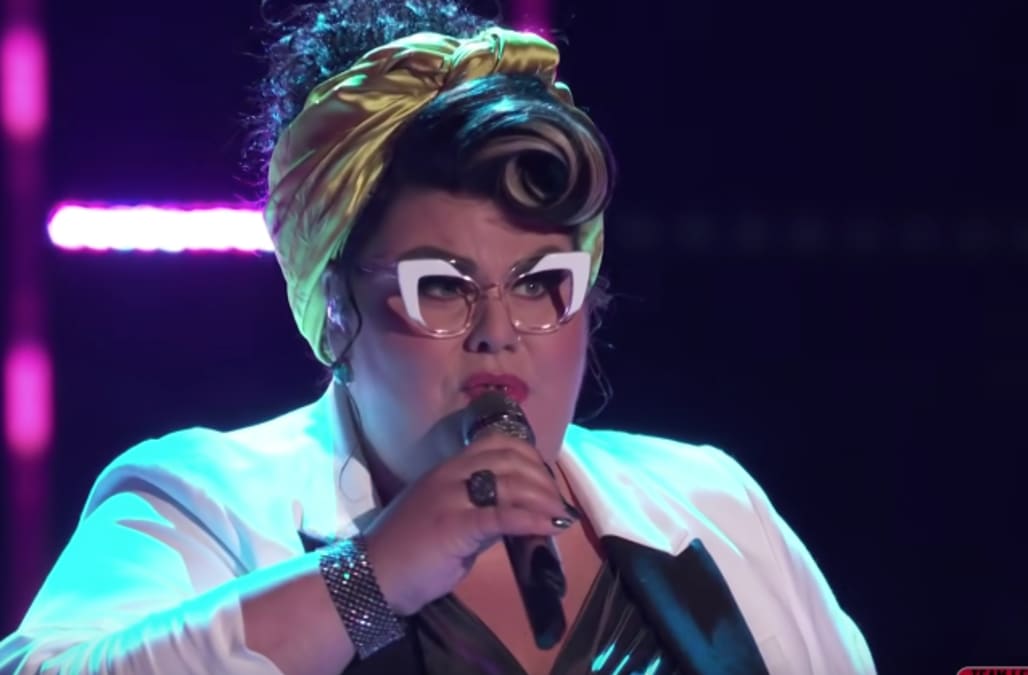 One of this season's standout contestants on "The Voice" is such a powerhouse, judge John Legend believes her talent transcends the show.

Katie Kadan, 38, has consistently left the judges awed by her show-stopping performances — and slightly concerned that her presence is some sort "conspiracy": "This can’t be really happening on this show right now. She can’t be that good. This is like a set-up deal," Blake Shelton said on last week's episode. "There's no way somebody this good hasn't already made it in the music industry."

Legend took things a step further this week, candidly telling Kadan that her voice is actually, in fact, too good for "The Voice."

"We don't deserve you, Katie," Legend said point-blank. "You deserve more than 'The Voice.' You deserve Grammys."

The glowing reaction came after Kadan's performance of "Lady Marmalade," which she delivered in one of her signature vintage-inspired ensembles. This time around, it was a polka dot and striped dress with cat-eye glasses and a glittering pink duster.

Last week, Kadan bravely tackled "Rolling in the Deep," the 2010 song that made Adele a household name. Adele, of course, has become one of the most iconic voices of modern music, making it all the more difficult to cover one of her songs.

The performance elicited a standing ovation from all four judges and the aforementioned bewildered response from Blake Shelton. Also chiming in was Kelly Clarkson, who said, "You light a fire."

It's clear that Kadan is the frontrunner to win season 17, but there are still a few weeks left in the season before we'll know for sure. In the meantime, we'll just be watching that "Rolling in the Deep" cover on repeat.