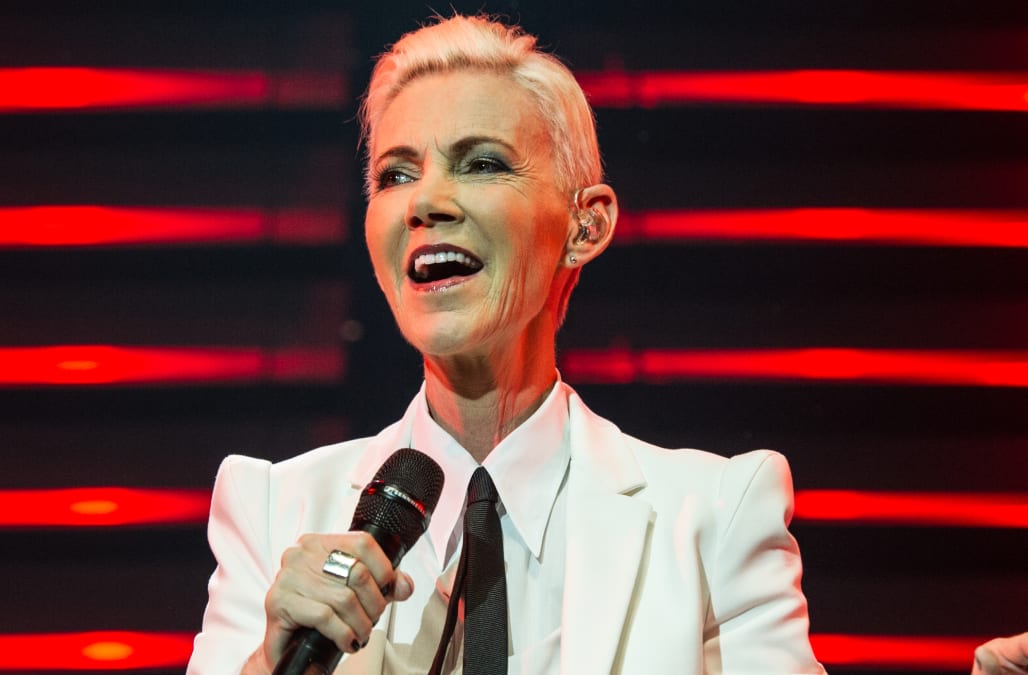 Swedish singer Marie Fredriksson, one-half of pop duo Roxette, died Monday after a 17-year battle with cancer, her management company confirmed. She was 61. Fredriksson's partner in Roxette, Per Gessle, paid tribute on Tuesday.

"Time goes by so quickly. It’s not that long ago we spent days and nights in my tiny apartment in Halmstad, listening to music we loved, sharing impossible dreams. And what a dream we eventually got to share," she said in a statement.

"Thank you, Marie, thanks for everything. You were an outstanding musician, a master of the voice, an amazing performer," Gessle continued. "Thanks for painting my black and white songs in the most beautiful colors. You were the most wonderful friend for over 40 years. I’m proud, honored and happy to have been able to share so much of your time, talent, warmth, generosity and sense of humor. All my love goes out to you and your family. Things will never be the same."

Fredriksson and Gessle had successful solo careers and became friends in the '80s, eventually forming Roxette.

"In 1986 she teamed up with Per in Roxette with the ambition to reach outside Sweden, and together they started a historical journey that in the coming years would make them one of the biggest pop acts in the world," Fredriksson's management company, Dimberg Jernberg Management, wrote in her obituary.

Roxette's debut single "Neverending Love" gained them recognition in Sweden, but it wasn't until 1989's "The Look" off their second album Look Sharp! that the duo took off internationally. The song reached number one on the US Billboard Hot 100. In 1990, their track "It Must Have Been Love" became a huge hit after it was featured on the Pretty Woman soundtrack. They had a string of successful tunes like "Listen To Your Heart," "Joyride," "Dressed For Success" and "Sleeping In My Car." Roxette sold more than 80 million albums and had several successful world tours. Fredriksson was known for putting on a great live show.

"She owned the stage, commanded the band and had the audience in the palm of her hand," her management team wrote. "As great as she was in the studio, the stage was her natural habitat. This unique artistry and energy helped to create a lasting bond between her and millions of passionate fans around the globe."

In 2002, Fredriksson was diagnosed with a severe brain tumor. After aggressive treatment, she was given the green light to perform again years later. By 2009, Roxette was working on new music with Fredriksson and Gessle going back on tour. In 2016, Fredriksson's doctors advised her to slow down and focus on her health.

Fredriksson is survived by husband Mikael Bolyos and her two children, Josefin and Oscar. The family asks "for respect in their grief. A funeral will take place in silence with only Marie’s closest family present."