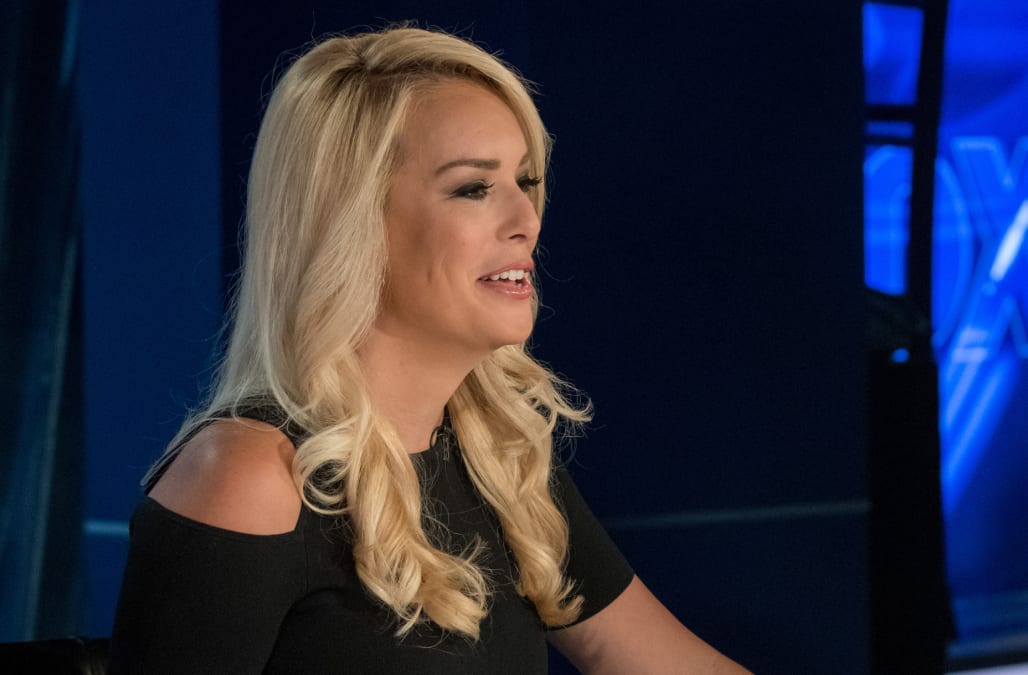 Britt McHenry, a host for Fox News’ Fox Nation streaming-video outlet, filed suit against the network and its corporate parent Tuesday, alleging she has been denied opportunities at the company after reporting claims she was harassed sexually by a former co-host, George Murdoch, who is also known as Tyrus.

McHenry’s suit, filed in U.S. District Court in the Southern District of New York, asks for a jury trial as well as more than $75,000 in damages. It is the latest chapter in a long-running dispute between McHenry, a former ESPN anchor who has become known for her conservative views, and Fox News, which endured a series of harassment claims by current and former employees related to management by the network’s former boss, Roger Ailes, and has worked to change that culture in subsequent years.

Fox News was not able to offer an immediate comment on the matter.

At issue are claims by McHenry that Murdoch sent her harassing texts. He continues to work at the news organization, though on a separate production from McHenry. Earlier, the two were assigned to work together on a Fox Nation program called “Un-PC.”  In the suit, McHenry says she believes her professional career has suffered during her time at Fox News, and that she has been ignored by senior executives; left out of programming opportunities and events; and not promoted as much as some of her colleagues. ” Throughout 2019, Fox News retaliated against Ms. McHenry,” the suit alleges, stripping her of professional opportunities while simultaneously promoting her harasser, giving him his own show.”

McHenry also details multiple instances of Murdoch sending her inappropriate messages and acting toward her in a threatening manner.