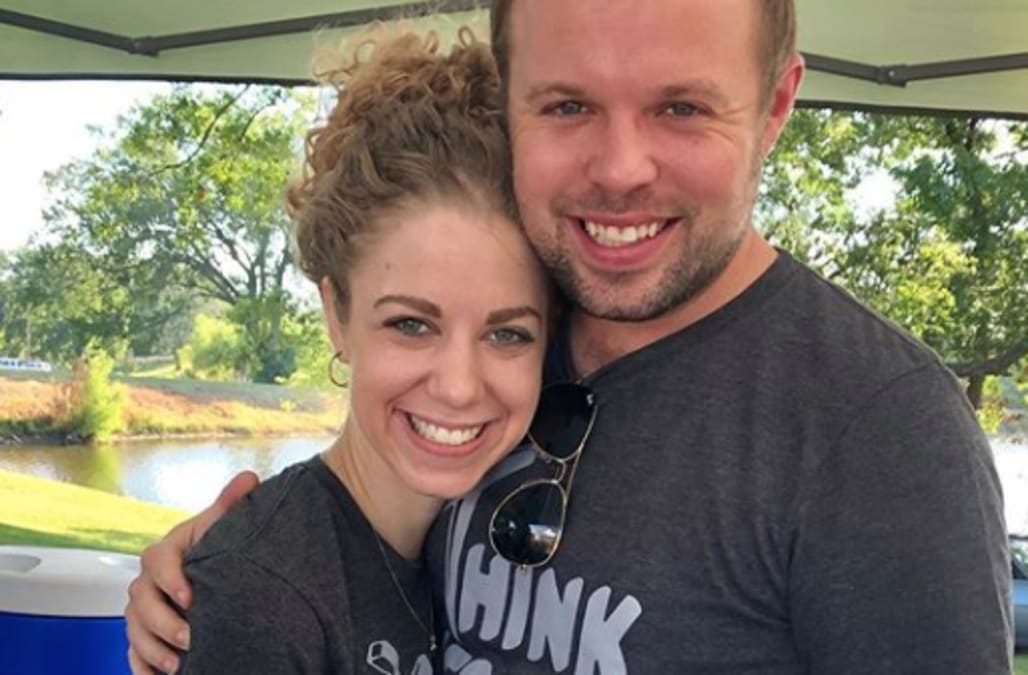 It’s been a tough ride for Abbie Duggar. In Us Weekly‘s exclusive sneak peek of the Tuesday, December 10, episode of Counting On, the reality star, 27, and husband John David Duggar open up about how difficult their road to their first baby has been.

“I am currently eight weeks along and I’m feeling awful,” Abbie says. “I pretty much just been lying in bed, go to the bathroom and maybe to the couch. … Morning sickness has hit me pretty hard.”

Later in the clip, she reveals that in addition to relaxing at home, John David, 29, has had to take her to the emergency room. “I’ve been admitted to the hospital a couple of times on top of that. It’s been a pretty rough go of it,” she said.

Meanwhile, the father-to-be feels helpless. “It’s definitely hard watching Abbie in pain, just wishing I could take it away, do something to help her,” he says.

In October, the couple revealed exclusively to Us that Abbie had been diagnosed with hyperemesis gravidarum and was dehydrated. “She couldn’t eat, pretty much, or drink, or anything. So she was actually on IVs and had IVs at home,” John David said at the time. “So that was a pretty scary time.”

In the sneak peek, Abbie also shares her pregnancy news with John-David’s twin sister, Jana Duggar — and she couldn’t be more excited.

“I got you a birthday present,” Abbie tells Jana, 29, who quickly asks, “Are you expecting?”

They embrace in a big hug before Abbie adds, “I got you a baby for your birthday! It’s due right on y’all’s birthday, that week.”

Counting On airs on TLC Tuesdays at 9 p.m. ET.

More from Us Magazine:
'The Affair' comes to an end: Who found peace?
My shorts don't fit! Ally Brooke reveals how much weight she’s lost on ‘DWTS’
Wendy Williams snaps at audience member whose phone rang: ‘Get out!’